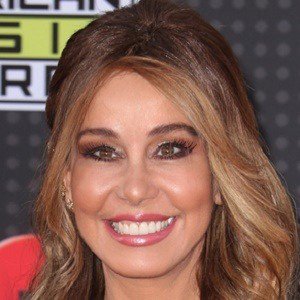 Award-winning journalist and TV host who presented the Primer Impacto news program on Univision from 1992 to 2005.

She was born in Philadelphia to a Cuban American family, and she studied journalism at the University of Miami.

She became known as a pianist as well as a journalist, and she also published a self-help book entitled Succeed and Be Happy: Things I Learned Thanks to God, My Mom, and Life.

She was married for five years to Dr. Alejandro Loynaz, with whom she had a daughter named Alexa. Later, she was briefly married to David Matthews and to Ulyses Daniel Alonso. Her marriage to Alonso ended when he was arrested on charges of domestic violence.

She was appointed to the Freedom Corps by President George W. Bush.