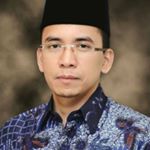 Indonesian politician who served as Governor of West Nusa Tenggara from 2008 to 2018.

He studied Islamic theology and sciences of the Qur'an at Al-Azhar University of Cairo, graduating in 1996. He pursued his doctorate at the same institute.

In 2016 he won the Anugerah Kihajar Award for advancing education within his region.

He was married to Rabiatul Adawiyah from 1997 to 2013. With her he had children Muhammad Rifki Farabi, Zahwa Nadhira, Fatima Azzahra and Zayda Salima. He married Erika Lucifara Zainul in 2013. She gave birth to Azzadina Johara and Khadija Hibbaty.

He served under presidents Joko Widodo.