Moussa Dadis Camara was born on January 01, 1964 in Koure, Guinea, Guinean, is Military Officer. Moussa Dadis Camara aka Moïse Dadis Camara was a former military ruler of Guinea. Born in a small village on the forest border of his small country, Moussa understood the value of education since his childhood was a diligent student. Later, he and his entire family moved to the capital so that he could study law and economics. Using his commercial skills and inborn leadership traits, he mastered five languages while supporting his family as a cola nut vendor. Camara later joined the military, where he was quickly promoted to a management position handling vital logistics for the army. Camara used his laid-back nature and inborn friendliness to secure a network of allies in the military. He was promoted after some members of his fellow network successfully launched a brief coup. Soon after another coup was orchestrated with Camara's help and two days later he was promoted to lead the entire country. Although he promised a rapid return to democracy and prosperity, the military leader’s short reign in office was marred by government massacres. A mainstay of Moussa's political platform was the eradication of drug trafficking and sharp reduction in corruption. The President was later shot by an underling, and since then he has spent the last few years convalescing in a neighboring country. He has since used his considerable influence to guide his country through a transition to democracy while he remains an objective and uninvolved observer
Moussa Dadis Camara is a member of Presidents 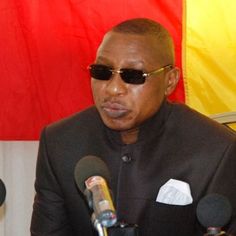 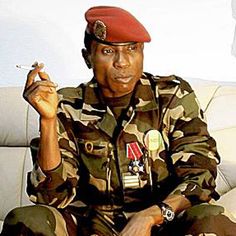 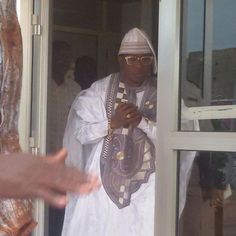 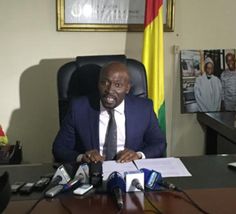 Moussa Dadis Camara was born in 1964 in the remote town of Koulé, Nzérékoré Prefecture, in the Guinée Forestière region of southeastern Guinea, near the border with Côte d'Ivoire and Liberia. He is a member of the Kpelle ethnic group (known in Guinea as Guerze). Dadis attended primary and secondary school in Nzérékoré, about 24 miles (40 km) away from his birth-town of Koulé. He studied law and economics at Abdel Nasser University in the capital, Conakry. He is a Roman Catholic Christian convert from Islam. Dadis speaks five languages: French, Kpelle, Susu, Maninka and German.

He joined the Army of Guinea in 1990 as a corporal and was later appointed as the Chief of Fuels at the Guinean army base in Kindia, about 60 miles northeast of Conakry. From 2001 to 2002, Dadis was sent to Sierra Leone as a member of the United Nations' peacekeeping troops. In 2004, President Conté sent Dadis, along with several other Guinean Soldiers, to Bremen, Germany, for 18 months’ military training. In November 2008, he was named head of the Guinean army's fuel supplies unit, a branch of the Guinean Minister of Defense's cabinet. He was one of the leading mutineers in the 2008 Guinean military unrest. Prior to the December 2008 coup, he was not well known by the general population.

On 25 December 2008, the Prime Minister under the previous régime, Ahmed Tidiane Souaré, pledged loyalty to Camara, thus further consolidating the latter's rule. On 22 March 2009, Souaré was arrested and held in a military prison, along with two Mines Ministers (recalling that Guinea is the world's largest exporter of bauxite, the necessary ore for aluminum).

On December 17, 2009 a United States diplomatic agent sent information that Camara's health was "not expected to return fully to [its] previous state" following the assassination attempt. Possible plans for restoring order were discussed.

On January 12, 2010 Camara was flown to Burkina Faso. After meeting in Ouagadougou on January 13 and 14, Camara, Konaté and Blaise Compaoré, President of Burkina Faso, produced a formal statement of twelve principles promising a return of Guinea to civilian rule within six months. It was agreed that the military would not contest the forthcoming elections, and Camara would continue his convalescence outside Guinea. On 21 January 2010 the military junta appointed Jean-Marie Doré as Prime Minister of a six-month transition government, leading up to elections.

Speaking on the radio on 25 December, Camara said that he did not plan to run for President at the end of the two-year transitional period. He also declared that the CNDD was not susceptible to bribes. According to Camara, people had "start[ed] to show up with bags of money to try to corrupt us. They’ve tried to give money to our wives and cars to our children." He warned that he would "personally go after anyone that tries to corrupt us".