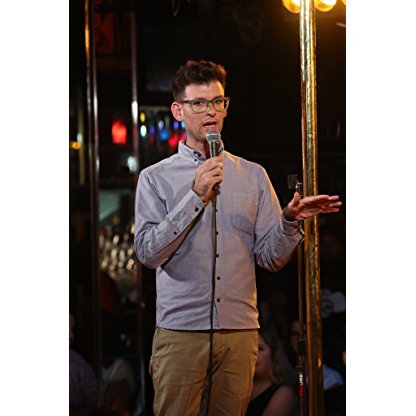 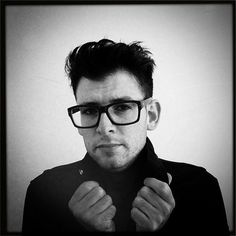 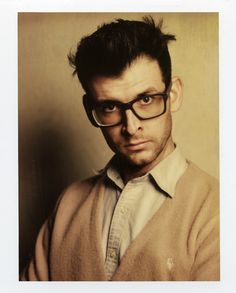 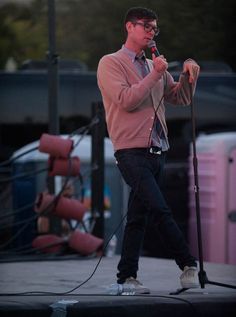 Kasher grew up in North Oakland's Temescal and Piedmont Avenue neighborhoods. A son of deaf parents, Kasher worked as a sign-language interpreter from the age of 17. His parents met at the World Games for the Deaf in 1967. His father, Steven, was born to secular, communist Jewish parents. Kasher's paternal grandfather was Yiddish Writer Duvid Kasher. Steven was a Painter when he met Kasher's mother, and later became a Hasidic Jew in the Satmar community in Brooklyn. He was later diagnosed with Gaucher's disease. Kasher's brother is a rabbi.

In the early 2000s, Kasher performed mainly in the Bay Area, regularly performing at the Punch Line and Cobb's comedy clubs in San Francisco. In the mid to late 2000s, he participated in many comedy shows with fellow comedians Brent Weinbach and Alex Koll. In 2008 Kasher moved to Los Angeles.

In 2001, Kasher attended an open mic comedy night in New York which included a performance by Chelsea Peretti, a Comedian and Writer with whom Kasher had attended junior high school in Oakland. After seeing her perform, Kasher asked Peretti to take him along on Future performances, offering to perform with her. For his first performance, she took him to an open mic at the Luggage Store Gallery in San Francisco.

Kasher is a published Playwright, Writer and author. While still in college, Kasher's long form monologue "Look Before You Leap" was included in the literary collection Monologues For Men By Men: Volume Two published in 2003. In 2011 and 2012 he contributed several articles to Heeb magazine. In 2012, he published his autobiography Kasher in the Rye: The True Tale of a White Boy from Oakland Who Became a Drug Addict, Criminal, Mental Patient, and Then Turned 16 published by Hachette Book Group's Grand Central Publishing. He wrote an episode titled "Pardon Me" for the television show, The New Normal.

In addition to the iTunes awards in 2009, Kasher was named "Comic to Watch in 2010" by Punchline Magazine as well as "One of the Top 20 Jews In The Arts" by Shalom Life in 2011. John Wenzel of The Denver Post also ranked Kasher #2 on his list of the top 10 comedy shows he attended in the Denver area during 2011.

Kasher has performed at festivals internationally. In addition to the aforementioned Rooftop Comedy Festival and Just For Laughs, in 2010, he appeared at Fun Fun Fun Fest and South By South West both held in Austin, Texas, as well as Cat Laughs in Kilkenny, Ireland, and the Sasquatch! Music Festival in George, Washington. In 2011 he appeared at the Melbourne Comedy Festival in Melbourne, Australia. Kasher has also attended SF Sketchfest in San Francisco, California on several occasions.

In 2011, Kasher, along with Neal Brennan (co-writer of Chappelle's Show) and DJ Douggpound (Doug Lussenhop of Tim and Eric Nite Live!), started a podcast called The Champs. Kasher said the following of the podcast in a 2011 interview with SanDiego.com: "It’s Doug dropping sound effects and beats over me and Neal kind of hosting an hour of ridiculous chat. We have a rotating black guy guest, there’s a different black guest every week." Guests of the show have included actor/comedians Wayne Brady and David Alan Grier, as well as musician Questlove, adult film star Lexington Steele and professional basketball player Blake Griffin. The show has strayed from its guest format on occasion with guests such as Comedian and actor Bobby Lee, former pornographic Actress Sasha Grey, former Major League Baseball player Jose Canseco and actor Aziz Ansari. In 2014 The Champs was named "Best Podcast" as part of LA Weekly's "Best of L.A." issue.

Kasher played small roles in the independent films Sorry, Thanks (2009) and Wish Makers of West Hollywood (2010). He appeared on episodes of the Fox sitcom Traffic Light in 2011 and the NBC sitcom Whitney in 2012. Kasher played the role of Ruben — a gay, deaf man confined to a wheelchair — in an episode of the U.S. television series Shameless which aired March 18, 2012.

In October 2014, Kasher premiered a new podcast on the Nerdist Podcast Network. Hound Tall Discussion Series is a live monthly podcast that covers a single topic. It's "an hour long chat with an expert and a panel of comedians, they learn all there is to know about things". The first episode was about harems and the expert was Jillian Lauren, author of Some Girls, while Pete Holmes and Beth Stelling made up the comedic panel.

In September, 2016 Comedy Central ordered a talk show series to be written and hosted by Kasher, entitled Problematic, which premiered on April 18, 2017.

Kasher married Comedian Natasha Leggero in October 2015. On February 24, 2018, his wife Natasha announced the birth of their child via Instagram.