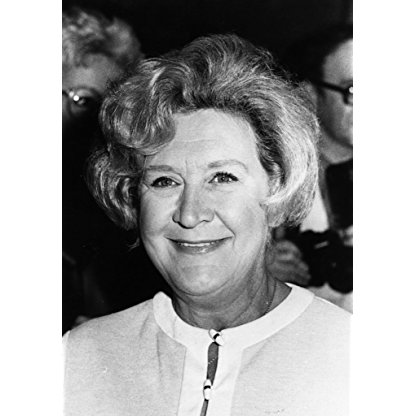 Mollie Sugden was born on July 21, 1922 in  Keighley, Yorkshire, England, United Kingdom, is Actress, Soundtrack. Best remembered as 'Mrs. Slocombe' on the British comedy "Are You Being Served?" Mollie Sugden was born in Keighley, West Yorkshire. She attended Guildhall School of Music and Drama in London. Her first television role came in 1962 with the series "Hugh and I," which ran for four seasons. In 1972, she won the role of the head of the ladies department at Grace Brothers Department Store, 'Mrs. Betty Slocombe,' on "Are You Being Served." Her character was known for her change in hair color, as well as her affection for her cat. The series ran between 1972 and 1985. She reprised the role in the 1990s for the short live revival, "Grace & Favour." After the initial run of "Are You Being Served" ended in 1985 she continued to work on television including the series "My Husband and I," in which she starred with real-life husband, William Moore. In 2002, she was honored on her 80th birthday with the special "Celebrating Mollie Sugden: An Are You Being Served?" Mollie Sugden died after a long illness at age 86, just months after her "Are You Being Served? co-star Wendy Richard.
Mollie Sugden is a member of Actress 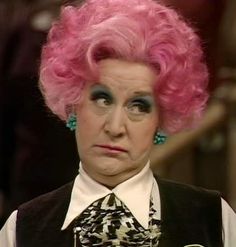 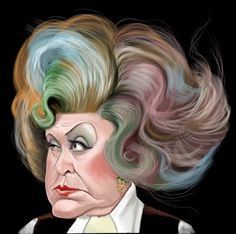 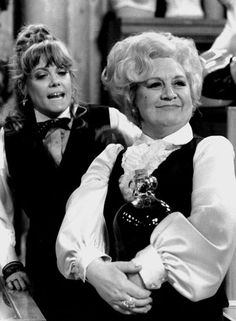 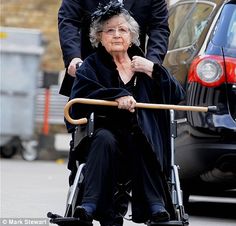 She was born as Isobel Mary Sugden, in Keighley in the West Riding of Yorkshire in 1922. When she was four years old, she heard a woman reading a poem at a village concert making people laugh. The following Christmas, after being asked if she could "do anything", Sugden read this poem and everyone fell about laughing. She later remarked that their response made her "realise how wonderful it was to make people laugh". Shortly after she left school, World War II broke out, and Sugden worked in a munitions factory in Keighley making shells for the Royal Navy. She was later made redundant, and attended the Guildhall School of Music and Drama in London.

She played opposite her husband, william Moore (1916–2000), in several series, including two episodes of The Liver Birds and again in My Husband and I, on both occasions as a married couple. They had married on 29 March 1958, having met while in repertory theatre in Swansea, and had twin sons born in October 1963, Robin and Simon.

Sugden's first regular sitcom role was as Mrs Crispin in the sitcom Hugh and I (1962–67). This was written by John T. Chapman, and when he became involved with The Liver Birds series, he suggested Sugden for the role of Sandra's mother, Mrs Hutchinson. She appeared in the bulk of the run, from 1971 to 1979. In 1973, she appeared in Son of the Bride.

When Sugden graduated from the Guildhall School of Drama, she worked in repertory for eight years with a company that included Eric Sykes and Roy Dotrice. She also had work in radio and made her television debut in a live half-hour comedy show. Sugden's other appearances before Are You Being Served? included parts in The Benny Hill Show, Just Jimmy (with Jimmy Clitheroe), Z-Cars, Up Pompeii!, The Goodies, Steptoe and Son and five episodes of Jackanory in 1968.

Meanwhile, she was cast in a role which brought her international fame: Mrs Slocombe, a department store saleswoman with a socially superior attitude, a repertoire of double entendres, and a penchant for bouffant, pastel-coloured coiffures, in the long-running Are You Being Served? (1972–85). In 1978, when it was thought that Are You Being Served? was over, she was the lead star in Come Back Mrs. Noah, a sitcom that is regarded by some as one of the worst ever made. From 1965 to 1976, she intermittently played Nellie Harvey, the landlady of The Laughing Donkey pub, in Coronation Street. In this she often appeared opposite Annie Walker, landlady of the Rovers Return. In 1986, she had a 23-week stint on That's Life!

Sugden also played main roles in other sitcoms, including That's My Boy (1981–86) and My Husband and I (1987–88), both for ITV. In an unsuccessful revival of The Liver Birds (1996), Sugden reprised her role as Mrs Hutchinson, despite being on steroids at the time owing to her suffering from polymyalgia.

Sugden died at the Royal Surrey County Hospital in Guildford on 1 July 2009 of unspecified heart failure and was cremated. Her final public appearance was at the funeral of her Are You Being Served? co-star Wendy Richard four months previously.

Seven years after the end of Are You Being Served?, five members of the original cast – including Sugden – came together to appear in Grace & Favour, where the staff of Grace Brothers are left an old manor house in the country, which they try to run as a hotel. It lasted two seasons, until 1993. Other appearances at this time included Just william and Oliver's Travels. In 2003, Sugden appeared in an episode of The Bill and also appeared (as herself) in an episode of the comedy Sketch show Little Britain.