Mohamed Bin Issa Al Jaber was born on 1959 in Saudi Arabia. Mohamed Bin Issa Al Jaber owns a string of luxury and budget hotels in Europe and Egypt through JJW Hotels & Resorts. He settled a battle with Standard Bank in London in December 2011. The bank had accused him of failing to repay a $150 million loan, and Al Jaber claimed the bank made an unauthorized loan deal with his assistant to cover trading losses. A UNESCO special envoy, through his foundation Al Jaber has organized support for restoring Mali's cultural heritage including mosques and old Muslim manuscripts destroyed by militant Islamists over the past year.
Mohamed Bin Issa Al Jaber is a member of Real Estate 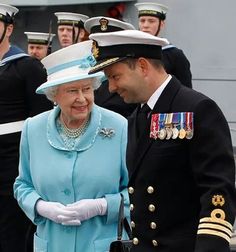 In 1982, Al Jaber founded Jadawel International Construction & Development. In 1989, JJW Hotels & Resorts was established in Portugal; it currently operates 60 hotel and leisure resorts in Europe and the Middle East. In 1992, AJWA Group for Agro and Food Industries, a company of which Al Jaber is a shareholder, commenced operations following the construction of the largest rice storage and processing facility in Saudi Arabia at Jeddah Islamic Port.

The hotel empire of Al Jaber was initially started in France in 1988 and expanded to over 35 hotel properties in France and almost 80 in Europe.

The Group opened their first office in France in 1991.

In 2002, Al Jaber acquired the famous Grand Hotel, Vienna from the Japanese airline All Nippon Airways. He later acquired the premises of a former bank on Kärntner Ring and converted the building to the boutique Ring Hotel.

In October 2008, it was announced that the Group planned to acquire a number of hotels in France from the Starwood Capital Group for $2billion but the deal was not concluded.

A published author committed to the freedom of media expression Al Jaber's book 'Yes, the Arabs can too', first published in Arabic in 2009, was published in English in September 2013. The book provides a contemporary Arab view on the changes that are being wrought both economically and socially across the region. Al Jaber has long been a supporter of a free press and its importance in society, and in 2013 launched a Media Training Institute in Sana'a, Yemen, offering free courses in all types of journalism and broadcasting.

Between 2010 and 2012, Jadawel International was cited in various reports published by New York-based NGO Human Rights Watch (HRW) on the topic of Saudi restrictive residency laws. Following investigation, Human Rights Watch’s 2013 World report is not reporting any further issues and has cleared the company. In fact, Al Jaber's Foundation has signed an agreement with Human Rights Watch to support civil society and promote human rights in the Arab World.

In May 2011, Al Jaber publicly denounced a defamation campaign by Austrian Media which had sought to imply financial difficulties in some of the companies that Al Jaber had invested in. He accused the newspapers of reporting a one-sided version of events.

In April 2012, facing difficulties, JJW France requested the Paris Court of Commerce to place it under safeguards. Saveguard was granted. However, on the 16th of July, the Paris Commercial Court ordered JJW France to enter receivership. The Court of Appeal of Paris cancelled the receivership placement decision and confirmed the safeguards procedure on February 7, 2013