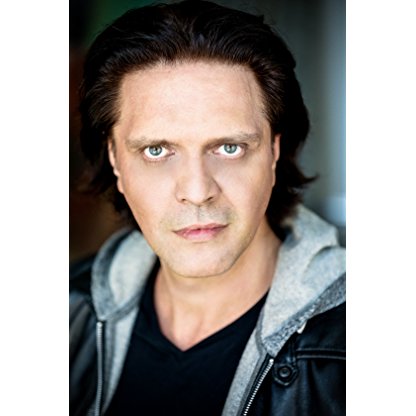 Miraj Grbic was born on July 17, 1976 in  Sarajevo, Bosnia and Herzegovina, Yugoslavia, Yugoslavia, is Actor. Miraj Grbic was born on July 17th, 1976 in Sarajevo, Bosnia and Herzegovina, Yugoslavia. Miraj is Film, TV and Theatre actor known for Mission Impossible Ghost Protocol (2011), Halima's Path (2012), The Hunting Party (2007). He was accepted to the Academy of Performing Arts University of Sarajevo where he studied Acting for four years. Miraj starred in more than 60 theatre plays on the main stage of the National Theatre Sarajevo, in the plays of Shakespeare, Moliere, Gogol, Chechov, Camus and many others. His movie credits include Selam (Turkey), Mörderischer Frieden (Germany), Body Complete (Austria), Little hands (Australia), As If I Am Not There (Ireland), Here (Croatia), Tunel (Bosnia and Herzegovina, Low Tide In The Serf City (USA), he starred in more than 30 Feature Films and had numerous roles in TV Shows. Miraj is now living in Los Angeles, California.
Miraj Grbic is a member of Actor

Grbić graduated from the Academy of Performing Arts in Sarajevo at the University of Sarajevo, where he earned MA Degree in Acting. Since 1996 he has performed in more than 60 theater plays on the main stage of the Sarajevo National Theatre. He starred in almost 40 Feature films in Bosnian, Croatian, German, Austrian, Italian, Irish, Polish, Turkish, Macedonian, Australian, Canadian and US productions. He starred as Bogdan in Mission: Impossible – Ghost Protocol, where he performed opposite Tom Cruise. Grbic starred in television shows such as Ruža vjetrova, Lud, zbunjen, normalan, Gang Related and Viza za budućnost. He has lived in Los Angeles since 2013.