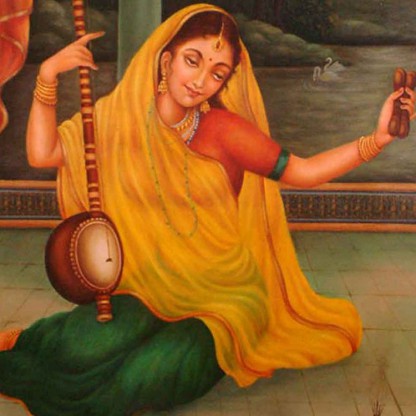 Mirabai was bornon 1498 in Kudki, Indian, is Bhakti Saint. Mirabai was a great Bhakti saint, Hindu mystic poet and a devotee of the Lord Krishna. Born in the late fifteenth century into a royal family of Rajasthan, Mira, from her childhood was a great devotee of Lord Krishna and wrote many beautiful poems in praise of her Lord. The ‘bhajans’ she wrote so many centuries ago are still sung by Krishna devotees all over the world. However, her life is equally inspiring from another point of view. One may draw parallel between her life and the struggle many modern women have to undergo in order to lead a life of their choice. Married off to Prince Bhoj Raj of Chittor at a tender age she was expected to lead the life of a princess and was pressured into devoting her time to her domestic duties. Yet, young as she was, she stood firm and devoted her life in the service of her Lord. Neither riches nor danger to her life could deter her from her path. When it became impossible to live within the royal household, she chose to leave home and went to Vrindavan, where Lord Krishna had spent his boyhood days. There she led the life of a saint, devoting her time in the service of Lord Krishna.
Mirabai is a member of Writers 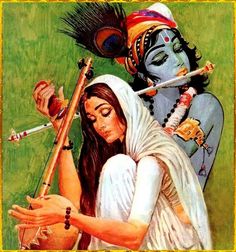 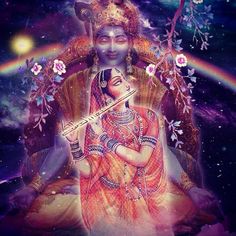 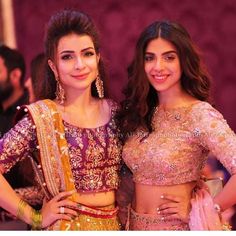 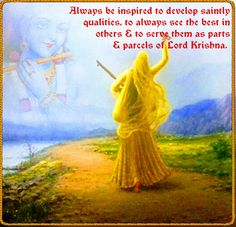 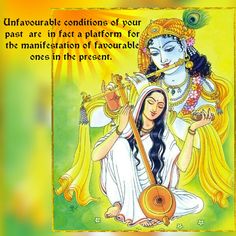 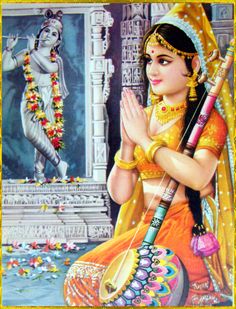 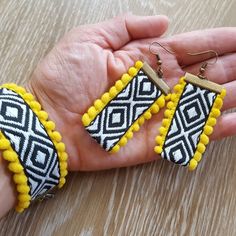 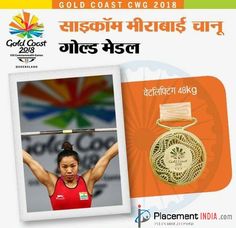 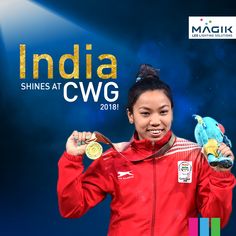 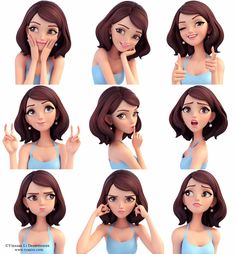 My Dark One has gone to an alien land.
He has left me behind, he's never returned, he's never sent me a single word.
So I've stripped off my ornaments, jewels and adornments, cut my hair from my head.
And put on holy garments, all on his account, seeking him in all four directions.
Mira: unless she meets the Dark One, her Lord, she doesn't even want to live.

Authentic records about Meera are not available, and scholars have attempted to establish Meera's biography from secondary literature that mention her, and wherein dates and other moments. Meera unwillingly married Bhoj Raj, the crown Prince of Mewar, in 1516. Her husband was wounded in one of the ongoing Hindu-Muslim wars of the Delhi Sultanate in 1518, and he died of battle wounds in 1521. Both her own father and her father-in-law were killed within a few years after her husband, during a war with the Islamic army of Babur – the founder of Mughal Empire in the Indian subcontinent.

Other stories state that Mira Bai left the kingdom of Mewar and went on pilgrimages. In her last years, Meera lived in Dwarka or Vrindavan, where legends state she miraculously disappeared by merging into an idol of Krishna in 1547. While miracles are contested by scholars for the lack of historical evidence, it is widely acknowledged that Meera dedicated her life to Hindu deity Krishna, composing songs of devotion and was one of the most important poet-sant of the Bhakti movement period.

After the death of her father-in-law, Vikram Singh became the ruler of Mewar. According to a popular legend, her in-laws tried many times to execute her, such as sending Meera a glass of poison and telling her it was nectar or sending her a basket with a snake instead of flowers. According to the hagiographic legends, she was not harmed in either case, with the snake miraculously becoming a Krishna idol (or a garland of flowers depending on the version). In another version of these legends, she is asked by Vikram Singh to go drown herself, which she tries but she finds moment floating on water. Yet another legend states that the Mughal Emperor Akbar came with Tansen to visit Meera and presented a pearl necklace, but scholars doubt this ever happened because Tansen joined Akbar's court in 1562, 15 years after she died. Similarly, some stories state that Ravidas was her guru (teacher), but there is no corroborating historical evidence for this and the difference of over 100 years in the birth years for Ravidas and Meera suggest this to be unlikely.

Meera Bai was born into a Rajput royal Rathore family of Merta, Rajasthan, India. She is mentioned in Bhaktamal, confirming that she was widely known and a cherished figure in the Bhakti movement culture by about 1600 CE. Most legends about Meera mention her fearless disregard for social and family conventions, her devotion to god Krishna, her treating Krishna as her husband, and she being persecuted by her in-laws for her religious devotion. She has been the subject of numerous folk tales and hagiographic legends, which are inconsistent or widely different in details.

Prem Ambodh Pothi, a text attributed to Guru Gobind Singh and completed in 1693 CE, includes poetry of Mira Bai as one of sixteen historic bhakti sants important to Sikhism.

Composer John Harbison adapted Bly's translations for his Mirabai Songs. There is a documentary film A Few Things I Know About Her by Anjali Panjabi. Two well-known films of her life have been made in India, Meera (1945), a Tamil language film starring M. S. Subbulakshmi, and Meera a 1979 Hindi film by Gulzar. TV series, Meera (2009–2010) was also based on her life.

Meera Bai's life has been interpreted as a musical story in Meera—The Lover…, a music album based on original compositions for some well known Meera bhajans, released 11 October 2009.

The three different oldest records known as of 2014 that mention Meera, all from the 17th century and written within 150 years of Meera's death, neither mention anything about her childhood or circumstances of her marriage to Bhojraj, nor do they mention that the people who persecuted her were her in-laws or from some Rajput royal family. Nancy Martin-Kershaw states that to the extent Meera was challenged and persecuted, religious or social conventions were unlikely to have been the cause, rather the likely cause were political chaos and military conflicts between the Rajput kingdom and the Mughal Empire. Further, the diversity and inconsistencies in Meera's stories suggest that her biography was likely invented and molded by all sides, long after her death, for political goals through the medium of historical rewriting.

Meera's poems are lyrical padas (metric verses). While thousands of verses are attributed to her, scholars state that only a small fraction of those are authentic. There are no surviving manuscripts of her poetry from her century, and the earliest records with two poems credited to her are from early 18th-century, more than 150 years after she died. The largest collection of poems credited to her are in 19th-century manuscripts. Scholars have attempted to establish authenticity based on both the poem and Meera being mentioned in other manuscripts as well as from style, linguistics and form. John Stratton Hawley cautions, "When one speaks of the poetry of Mirabai, then, there is always an element of enigma. (...) there must always remain a question about whether there is any real relation between the poems we cite and a historical Mira."