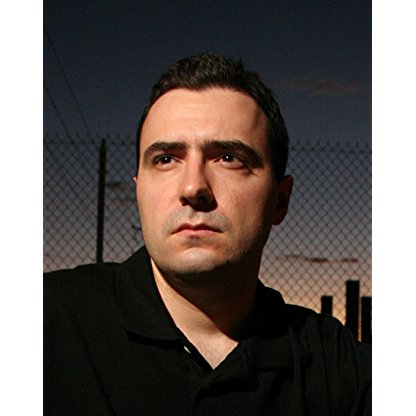 Mike Stoklasa was bornon November 19, 2014, is Director, Actor, Writer. Mike Stoklasa is a director, actor, and creator of RedLetterMedia. He is best known for The Phantom Menace Review (2009), Attack of the Clones Review (2010) and Revenge of the Sith Review (2010).RedLetterMedia is a film/video production company operated by independent filmmakers Mike Stoklasa and Jay Bauman.Stoklasa has produced other works under the RedLetterMedia banner, including short comedies and web series like The Grabowskis (2007) and several review-based web series including Half in the Bag (2011), Best of the Worst (2013) and re:View (2016).Stoklasa created his first video review for Star Trek Generations after watching the film again some time in 2008. He noted that he thought it was a "shitty movie" and "completely messed up the transition to the big screen from what was a really great TV show", inspiring him to share this view with others. Stoklasa found his own voice to be too boring for the review and adopted the persona of Harry S. Plinkett, a character he had previously used in several short films (originally played by Rich Evans and since further developed within the reviews.
Mike Stoklasa is a member of Director 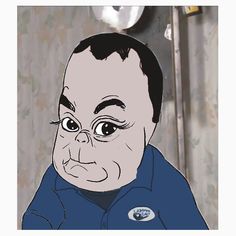 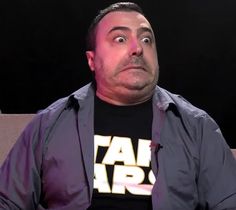 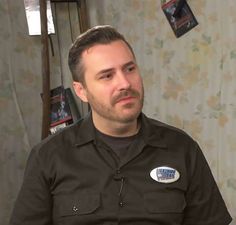 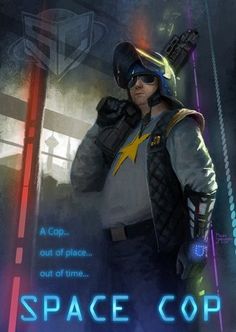 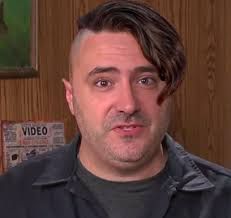 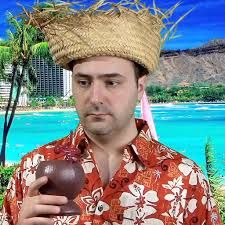 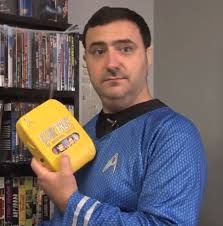 Stoklasa's major conceit—that someone would have to be "crazy" to watch movies the way Plinkett does—also implies a barely hidden inverse: that the film industry has induced a consumerist fantasy in people who don't watch movies this way. Plinkett's obscenity and jokiness are without a doubt designed to garner viewership, but they are also Stoklasa's apology for—or defense against—a culture that already construes his level of passion as pathological. This central irony leads us to question what is actually more insane: the consumer who rejects the expressions of a massive culture industry, or the massive culture industry itself. Plinkett satirizes the kind of consumer such a system generates: psychotic, sexist, homicidal.

Half in the Bag is a regularly released series in which Stoklasa and Bauman do more traditional movie reviews. Stoklasa has described it as a cross between Siskel and Ebert and a 1980s sitcom, with himself and Bauman as VCR repairmen who discuss movies.

Red Letter Media also produces original feature-length films. Among the low-budget features produced and directed by Mike Stoklasa and Jay Bauman through Red Letter Media include the talking fruit action film Oranges: Revenge of the Eggplant, made in 2005 and available on Netflix (currently only available for DVD rental, not for streaming); The Recovered, a horror thriller starring Tina Krause; and in 2010, Feeding Frenzy, a genre-spoof of puppet Monster movies like Gremlins. Feeding Frenzy featured Rich Evans as Mr. Plinkett; Evans originated the character in short films, and this feature was filmed before the popularity of the Phantom Menace review. Mike Stoklasa's short films are usually dark comedies. The Mr. Plinkett character, then played by Rich Evans, appeared in several of the short films, starting with "You're Invited" and including "The Cleaning Lady".

Stoklasa created his first video review for Star Trek Generations after watching the film again some time in 2008. He noted that he thought it was a "shitty movie" and "completely messed up the transition to the big screen from what was a really great TV show", inspiring him to share this view with others. Stoklasa believed his own voice sounded "too boring" for the review and adopted the persona of Harry S. Plinkett, a character he had previously used in several short films (originally played by Rich Evans) and since further developed within the reviews.

Stoklasa's review of The Phantom Menace was published to YouTube on December 10, 2009, and quickly became popular, receiving over 5 million views since its release. The video was widely linked to by many people across the internet, including celebrities such as Damon Lindelof and Simon Pegg. In comparison to his earlier Star Trek movie reviews, which lasted 30 to 40 minutes, the Phantom Menace review had a total run time of approximately 70 minutes. The review took between seven and ten days to complete. Stoklasa believes that the film has no real protagonist or strong characters in general. He demonstrates this by asking his friends to describe characters from the original trilogy and Phantom Menace without referring to the characters' physical appearances or occupations. Juxtaposed with the archetype and personality descriptions they give for the characters Han Solo and C-3PO, Stoklasa's friends are unable to come up with similarly ardent descriptions for the Phantom Menace characters Qui-Gon Jinn and Padmé Amidala. Stoklasa believes that many of the decisions made by Jinn's character are highly questionable. He further suggests that the character is entirely unnecessary to the plot and overall story save to have a final climactic lightsaber battle. He notes Lucas' attempt to add more concurrent plot elements in each of the successive Star Wars films, which he refers to as "The Ending Multiplication Effect". Stoklasa then illustrates the chaotic and confusing nature of ending the film by pulling together four concurrent plot threads, each with a radically different tone, unclear objectives, and an overall lack of proper character motivation.

On December 31, 2010, Stoklasa's 110-minute review of the Revenge of the Sith was released on YouTube. The review had less content regarding the Plinkett-Nadine subplot, as Stoklasa felt it was already too long. The subplot was instead split into a separate short film and was released on March 10, 2011.

Stoklasa stated that this series would not replace the Plinkett reviews. The first episode premiered on March 12, 2011 with a review for Drive Angry and The Adjustment Bureau.

Within the first 48 hours of its posting, the first part of the review was pulled from YouTube based on a copyright infringement claim by Cartoon Network. Stoklasa was unsure of the reason for the claim and consequently whether to counter the claim or let it go, even after seeking legal help. Stoklasa commented that while using copyrighted clips as part of reviews and commentary is generally considered fair use, he was unsure how Lucasfilm would take a full deconstruction of the film. Stoklasa moved forward on the Attack of the Clones review only after Lucasfilm had remained silent about his Phantom Menace review. Furthermore, if the matter was not settled, he would have been unlikely to proceed with his plans for a similar review for Star Wars: Episode III – Revenge of the Sith. Neither Lucasfilm nor Cartoon Network responded to the matter, but the claim was later retracted and the first part of the review was again available on YouTube. Stoklasa believed this was a combination of media coverage about the review, including interviews with MTV and fans writing to the parties involved to request its return.

The Star Trek Generations review was met with many favorable comments, inspiring Stoklasa to review the other three Star Trek: The Next Generation films—First Contact (1996), Insurrection (1998), and Nemesis (2002). Inspired by these, Stoklasa proceeded to create his review for Star Wars: Episode I – The Phantom Menace, citing his dislike of the franchise's prequel trilogy, and how it influenced a trend of films characterized by CGI spectacle, in lieu of the live-action Stunts and meticulously crafted sets that characterized films of earlier decades.

On October 26, 2015, the company announced via a short video posted to their website that they had completed their feature-length film, Space Cop, which had been in production for at least seven years dating back to 2008. Space Cop stars Rich Evans in the titular role alongside Stoklasa, who wrote and directed the film. Space Cop was made available on January 12, 2016 on Blu-ray for $25 through Red Letter Media's Bandcamp page, with the first run selling out in a matter of hours.

On October 2, 2016, Stoklasa's 105-minute "Mr. Plinkett's The Star Wars Awakens Review" video was released on YouTube. Although it includes Stoklasa's review of Star Wars: The Force Awakens, nearly half of the video is a broad examination of the Star Wars franchise as a whole. Topics explored in the video include the Future of Star Wars under the ownership of The Walt Disney Company, the Star Wars Ring Theory internet fan theory, and recent praise that the prequel trilogy had received on the internet. The video contains a minor subplot in which George Lucas and J. J. Abrams each pose as repairmen in an attempt to murder Mr. Plinkett.