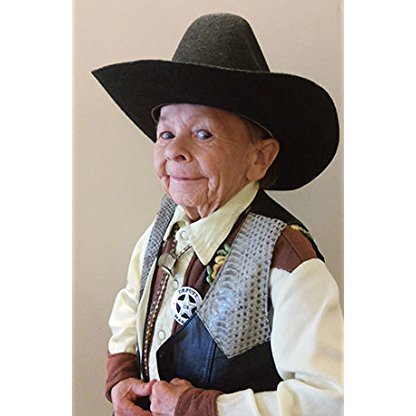 Mihaly 'Michu' Meszaros was born on October 01, 1939 in  Ungarn, Hungary, Hungary, is Actor, Miscellaneous Crew, Stunts. Diminutive 2'9" actor and circus performer Mihaly 'Michu' Meszaros was born in 1939 in Budapest, Hungary. Meszaros performed for the Hungarian National Circus prior to coming to America in the 1970's. Not surprisingly, he portrayed circus midgets in both "Big Top Pee-wee" and "Warlock: The Armageddon." Mihaly was best known for donning the furry full body costume as the titular rascally extraterrestrial on the hugely popular 1980's sitcom "ALF" in scenes that featured the little creature walking, running, or standing in complete view. He also appeared on the TV shows "H.R. Pufnstuf" and "Dear John." He performed stunts for the hit comedy "Look Who's Talking." In addition, Meszaros was the tiny butler Hans in the nifty horror flick "Waxworks" and the grotesquely mutated George Ramirez in the hilariously wacky cult favorite "Freaked." Moreover, Mihaly was a member of Ringling Brothers and Barnum & Bailey Circus. His hobbies included drinking scotch and smoking giant cigars. Meszaros died at age 76 after falling into a coma on June 13, 2016.
Mihaly 'Michu' Meszaros is a member of Actor 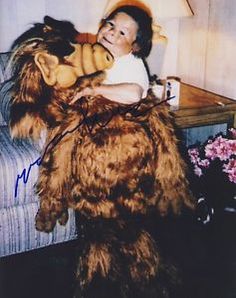 Meszaros also was a member of the Ringling Brothers and Barnum & Bailey Circus as the former "smallest man in the world". As a youngster, he attended a state-run school of circus arts, becoming well versed in such performing skills as juggling, acrobatics and pantomime. For many years, American circus producers Irvin Feld and Kenneth Feld had heard of the existence, somewhere in Hungary, of a man almost too small to believe. The producers finally located him in 1973; astonished at his size and talents, they made immediate arrangements to bring Meszaros from the small Hungarian circus to the United States.

In the 1980s Hawthorne, California, where he resided, named the shortest street in that city "Michu Lane" in his honor.

As a circus performer, he trained and presented white standard poodles for his act. Standing on their hind legs, the dogs appeared much taller than their diminutive but commanding trainer. Circus audiences nationwide cheered his dignified though slightly comedic role, in which he was billed as the "Smallest Man in the World." In the so-called Grand Spectacle performance or 1982 and 1983, Meszaros would portray a character known as the Marshal of Marshmallow Gulch, resplendent in a well-tailored white, silver and gold costume encrusted with rhinestones, along with matching Cowboy hat and silver boots.

On June 12, 2016, his manager Dennis Varga announced that Meszaros was in a comatose state in a Los Angeles hospital, after Varga discovered him unconscious on his bathroom floor. He had suffered numerous health issues since a stroke eight years previously. He died at the Providence Little Company of Mary medical center in Torrance on the night of June 12, 2016.