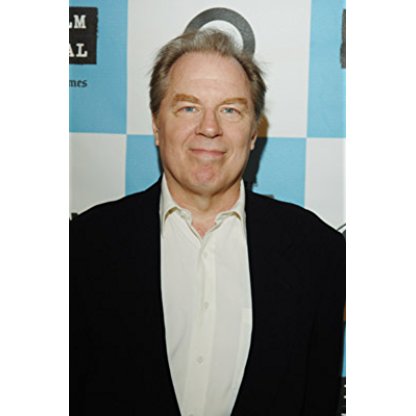 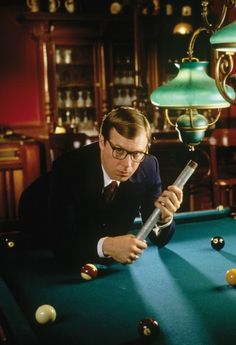 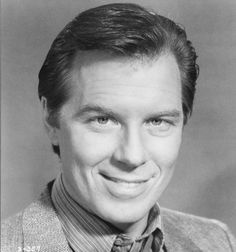 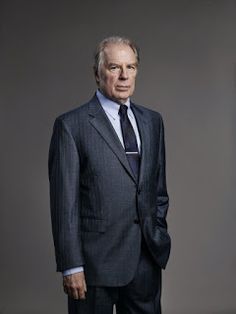 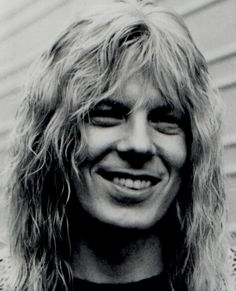 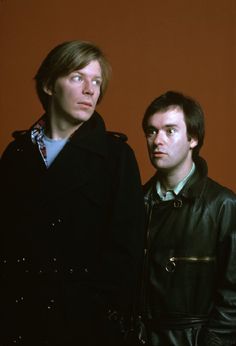 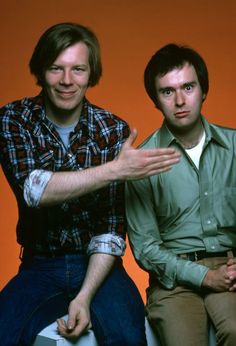 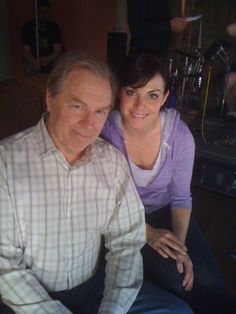 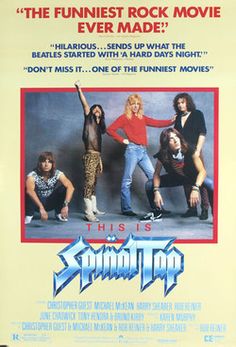 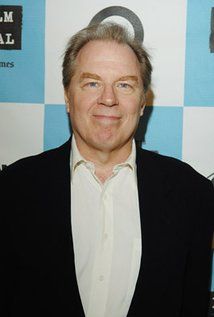 McKean was born October 17, 1947, in New York City, the son of Ruth, a librarian, and Gilbert McKean, one of the founders of Decca Records, and was raised in Sea Cliff, New York, on Long Island. McKean is of Irish, English, Scottish, and some German and Dutch, descent. He graduated from high school in 1965. In early 1967 he was briefly a member of the New York City "baroque pop" band The Left Banke and played on the "Ivy, Ivy"/"And Suddenly" single.

McKean began his career (as well as the characters of Lenny and Squiggy) in Pittsburgh while a student at Carnegie Mellon; David Lander was a fellow student at CMU. Their partnership grew after graduation as part of the comedy group The Credibility Gap with Harry Shearer in Los Angeles, but McKean's breakthrough came in 1976 when he and Lander joined the cast of Laverne & Shirley portraying Lenny and Squiggy. McKean directed one episode, and the characters became something of a phenomenon, even releasing an album as Lenny and the Squigtones in 1979, which featured a young Christopher Guest on guitar (credited as Nigel Tufnel – the name Guest would use a few years later as part of the spoof rock band, Spinal Tap). "Foreign Legion of Love" was a big hit for the Squigtones, with frequent play on the Dr. Demento Show. McKean also played his character in an episode of Happy Days. After leaving Laverne & Shirley in 1982, McKean played David St. Hubbins in the comedy This is Spinal Tap with both Guest and Shearer, and appeared in the soap opera spoof Young Doctors in Love.

In 1990, McKean landed a memorable role opposite Kiefer Sutherland and Dennis Hopper in the American adventure comedy movie, Flashback. That same year, McKean was part of an ensemble cast in the television series Grand on NBC which, however, only aired for a short time. In 1991 McKean co-wrote (with Christopher Guest) the second episode and later directed the final episode of the mock documentary series Morton & Hayes, created by Phil Mishkin and Rob Reiner.

McKean then appeared in a number of movie roles, including the film adaptation of Memoirs of an Invisible Man (1992), Coneheads (1993), Airheads (1994), and Radioland Murders (1994). In 1997, he performed the lead voice role in the video game Zork Grand Inquisitor as Dalboz of Gurth and also appeared in the 1999 films Teaching Mrs. Tingle and Mystery, Alaska.

Having already appeared as a musical guest and then host of Saturday Night Live, McKean joined the cast from 1994 to 1995. At the age of 46, he was the oldest person ever to join the SNL cast at the time (later surpassed by Leslie Jones, who joined in 2014 at age 47), one of a handful of SNL cast members to appear on the show before becoming a cast member (joining the likes of Billy Crystal, Denny Dillon, Ann Risley, and Rob Riggle), and the only one to be a musical guest and a host before becoming a cast member. During this time, he also released a video follow up to Spinal Tap, played the villainous Mr. Dittmeyer in The Brady Bunch Movie, and played the boss Gibby in the HBO series Dream On. After leaving Saturday Night Live, McKean spent a lot of time doing children's fare, voicing various TV shows and movies.

McKean's television guest appearances include The Simpsons, Star Trek: Voyager, Boy Meets World, Murder, She Wrote, Murphy Brown, Lois and Clark: The New Adventures of Superman, and Caroline in the City. In 1998, he guest starred in a two-part episode of The X-Files called "Dreamland" in which his character, Morris Fletcher, switched bodies with Fox Mulder. The character was a success, and reappeared in 1999's "Three of a Kind", an episode which focused on the recurring characters of The Lone Gunmen. The character appeared on their short-lived spin-off series in 2001, and then returned to The X-Files in its final season for an episode called "Jump the Shark".

McKean reunited with Christopher Guest in Best in Show (2000) and also appeared in Little Nicky (2000), The Guru (2002), And Starring Pancho Villa as Himself (2003), and A Mighty Wind (2003) in which The Folksmen are played by the actors who played as Spinal Tap. McKean had a regular role as the brassy, heavily made-up bandleader Adrian Van Voorhees in Martin Short's Comedy Central series, Primetime Glick. He also had guest roles on such shows as Law & Order, Family Guy, SpongeBob SquarePants, and Harvey Birdman, Attorney at Law. He did voiceover work as Henry's cousin, Louie, on Oswald, which coincidentally featured the voice of David Lander as Henry. And he lent his voice to an episode of Kevin Smith's Clerks: The Animated Series that was never aired on ABC but was included on the VHS and DVD versions of the series.

In 2003, he appeared in the Christopher Guest comedy A Mighty Wind. He co-wrote several songs for the film, including A Mighty Wind (with Guest and Eugene Levy), which won the Grammy for "Best Song Written for a Motion Picture, Television or Other Visual Media" and A Kiss at the End of the Rainbow, which was nominated for the Academy Award for Best Song.

McKean performed in the Broadway production of Hairspray in 2004, and is apparently writing his own musical with O'Toole. He co-starred as Hines in a revival of The Pajama Game with Harry Connick, Jr. at the American Airlines Theatre in the first half of 2006. Also in 2006, McKean reunited with most of the cast of A Mighty Wind to film the comedy For Your Consideration and appeared in the play Love Song on the stage in London. His musical interests led him to a starring role in the 2008 comedy air-drumming film Adventures of Power, in which he was reunited with his co-star from For Your Consideration, Jane Lynch, in a story intended to honor the Leaders and fighters of the 99% movement.

McKean was cast in the pilot episode of a remake of the British series The Thick of It as the chief of staff. The pilot was directed by Guest. McKean starred in the fortieth anniversary Broadway revival of Harold Pinter's The Homecoming, co-starring Ian McShane, Raul Esparza, Eve Best, and James Frain. The show opened on December 9, 2007. In 2009, he starred in the Chicago-based Steppenwolf Theatre Company's production of Superior Donuts, by Playwright Tracy Letts.

In May 2010, McKean won the Celebrity Jeopardy! tournament by defeating Jane Curtin and Cheech Marin. The earnings were donated to the International Myeloma Foundation in honor of McKean's friend Lee Grayson, who died of myeloma in 2004. In the summer of 2010, McKean took over the role of the Stage Manager in Thornton Wilder's Our Town at the Barrow Street Playhouse in New York's Greenwich Village. His run ended on August 24, 2010. In 2011, McKean appeared on an episode of Sesame Street as Virgil, the rock star, looking for "rocks" to be in an all ROCK-band. He searches for many different rocks and gems but is unable to find his lead singer until Abby turns him into an emerald.

In April 2012, McKean began performing on Broadway in Gore Vidal's The Best Man. On May 22, 2012, McKean was hit by a car in New York City, suffering a broken leg. His part was filled by James Lecesne. On June 1, 2012, McKean was released from the hospital to begin physical rehabilitation. He also appeared in the HBO comedy series Family Tree in early 2013.

In late February 2014, McKean played J. Edgar Hoover in Broadway previews of Robert Schenkkan's Lyndon B. Johnson bio-play, All the Way, starring Emmy winner Bryan Cranston as Lyndon B. Johnson. The play opened on March 6, 2014. In May 2014, McKean was announced to have joined the cast of the Breaking Bad spin-off, Better Call Saul in the role of Chuck McGill, older brother to Jimmy McGill before Jimmy became Saul Goodman. He was the first actor to join the series that was not featured in the original series, although he had worked with series creator Vince Gilligan previously on The X-Files. The series premiered in February 2015.

In 2015, McKean also began hosting the Cooking channel show, "Food: fact or fiction." This lighthearted show takes a look at food urban legends and features him both as host and narrator to some segments within each episode.

Michael is a lifelong fan of Laurel and Hardy, and in June 2016 he called in to The Ross Owen Show on Black Sky Radio to talk about his passion for Stan and Ollie.

McKean’s first big role was playing annoying neighbor Lenny Kosnowski on the sitcom Laverne & Shirley. In the mid-1990s he was a repertory cast member on Saturday Night Live. He has played roles in several Christopher Guest ensemble films, particularly as David St. Hubbins, lead vocalist and co-lead Guitarist of the fictional rock band Spinal Tap in This Is Spinal Tap. He co-wrote the song "A Mighty Wind" (from the film of the same name), which won a Grammy Award, as well as "A Kiss at the End of the Rainbow" from the same film, which was nominated for the Academy Award for Best Song.