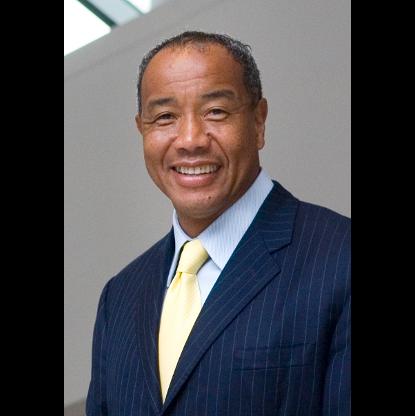 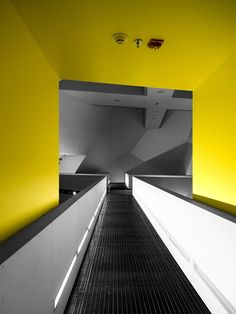 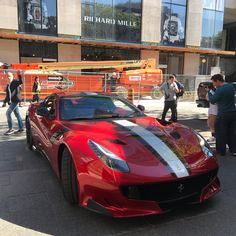 Michael Lee-Chin was born in Port Antonio, Jamaica, in 1951 to Aston Lee and Hyacinth Gloria Chen. Both his parents were biracial black and Chinese-Jamaican. When Lee-Chin was aged seven, his mother married Vincent Chen. Chen had a son from a previous relationship, and the couple had a further seven children together, six boys and one girl.Lee-Chin's mother sold Avon products, and worked as a bookkeeper for various local firms, while his stepfather ran a local grocery store.

He attended the local high school, Titchfield High, between 1962 and 1969.

In 1965, Lee-Chin's first job came working as part of the landscaping team at the Frenchman's Cove Hotel. The next year, he got a summer job working on the Jamaica Queen cruise ship, cleaning the engine room.

In 1970, he went to Canada on a scholarship program sponsored by the Jamaican government to study Civil Engineering at McMaster University, and graduated in 1974. He financed his first year at university on his own but after that was able to attend on scholarship.

In 1974, he married Vera Lee-Chin, a Ukrainian Canadian whom he had met at university. They parted in 1991, and officially separated (though did not divorce) in 1997. Ms. Lee-Chin has since contested the terms of the separation agreement, claiming that Lee-Chin did not disclose his actual wealth at the time of the separation. The couple had three children (Michael Jr., Paul, and Adrian).

Lee-Chin spent two years at the Investors Group, in the Hamilton, Ontario office and in 1979, moved to Regal Capital Planners and became regional manager. While at the company, in 1983, he secured a loan from the Continental Bank of Canada for C$500,000 to purchase a stake in Mackenzie Financial Group and formed Kicks Athletics with Andrew Gayle. By 1987, the investment was worth C$3.5 million.

Lee-Chin was reluctant to invest in the Dotcom boom, and saw AIC Investments lose 8 per cent in value, even as the S&P gained 56 per cent. Investors moved US$224 million out of AIC's flagship "Advantage Mutual Fund". The Globe and Mail ran an article predicting even more Investors to leave the fund, meaning that they would run out of cash and be forced to sell its core holdings. Lee-Chin's response was to sell stock in Coca-Cola, and invest US$65 million into Mackenzie Holdings (the same firm in which he had invested US$400,000 16 years previously). Letters were sent to all 350,000 Investors, explaining the strategy. The Investors were calmed by the purchase, and the stock was later sold to Investor Group (the same company Lee-Chin had worked for in the 1980s) at more than twice the price AIC had paid for it. In 2000 and 2001, following the Dotcom crash, AIC outperformed the market with 26 per cent growth and 4 per cent decline respectively.

In 1987, Lee-Chin took the proceeds from his Mackenzie investment to buy a Kitchener-based company called the Advantage Investment Council (a division of AIC Limited) for $200,000. At the time, the company had holdings of around C$800,000. He renamed the company AIC, and developed it to a fund that today controls around C$6 Billion, with hundreds of thousands of Investors. Following the acquisition of AIC Limited, Lee-Chin set up the Berkshire group of companies – comprising an investment planning arm, a securities dealership and an insurance operation. By 2007, Berkshire amassed more than C$12 billion of assets under administration. In 2007, Manulife acquired Berkshire from Portland Holdings in exchange for shares, making Portland one of the largest shareholders of Manulife.

Again, this strategy has meant that AIC has significantly underperformed the S&P index, but Lee-Chin believes that the current boom is just another bubble. Lee-Chin describes the market since 1990 as "a series of rolling speculations", and now "we see a commodities bubble".

In 2003, he made headlines when he pledged to donate $30 million to the Royal Ontario Museum (ROM) of which a third had been paid as of 2015. He also provided a $10 million gift to the Rotman School of Management at the University of Toronto. The gift established the Michael Lee-Chin Family Institute for Corporate Citizenship at the Rotman School of Management, University of Toronto. The Lee-Chin Institute's purpose is to help current and Future Business Leaders integrate corporate citizenship into Business strategy and practices. (http://www.rotman.utoronto.ca/lee-chininstitute)

In 2004, he announced plans to set up the AIC Caribbean Fund with the intention of investing in the entire Caribbean region. The stated aim of the fund is to raise US$1 billion in order to "make Investments in businesses located in countries of the Caribbean Community (CARICOM), with an emphasis on Jamaica, Barbados and Trinidad and Tobago". So far, it has made a number of large-scale Investments.

In 2009, Lee-Chin sold AIC Limited to Manulife for an undisclosed amount. The following year, Manulife rebranded the heritage AIC funds and eliminated the AIC name from the mutual fund line-up.

In September 2014, Lee-Chin and his family donated $10 million to the Joseph Brant Hospital Foundation.