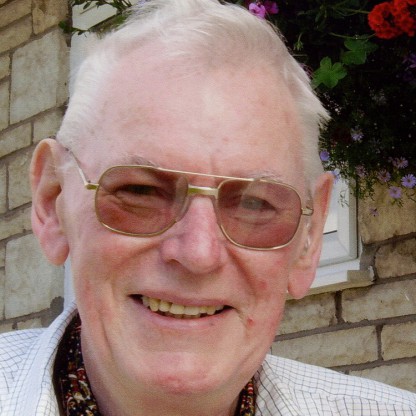 Michael Kidd was born on August 12, 1915 in New York City, United States, is Choreographer, Ballet Dancer. Michael Kidd was an award winning American choreographer who over his long and productive career spanning decades revolutionized choreography on the American stage and cinema. A talented choreographer who reached the pinnacle of his glory with the dance numbers in ‘Seven Brides for Seven Brothers’, he was best known for his energetic and exuberant productions that enthused the audiences and made them want to groove along. At the peak of his career during the 1940s and 1950s, he is credited to have staged some of the leading Broadway productions and film musicals of that time. An intuitive dancer to whom choreography came naturally, he developed the technique of “integrated musical’ in which dance movements are integral to the plot. One characteristic of his which distinguished him from other choreographers was that his dancing was based mostly on real life, using the gestures people normally perform in their day-to-day lives. This quality made him extremely popular as even people without technical knowledge of dance moves could connect with his performances. He won several awards for his productions and became the first choreographer to win five Tony Awards. He was also awarded an honorary Academy Award in recognition of his services to the art of dance.
Michael Kidd is a member of Dancers 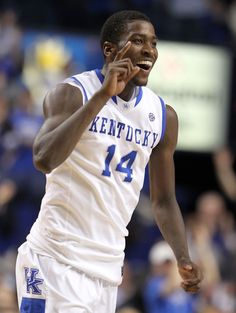 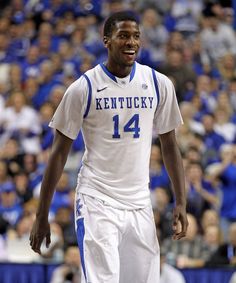 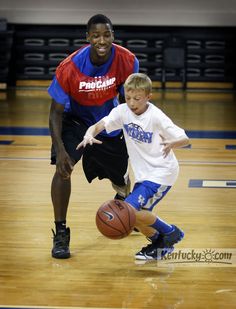 Kidd was the first choreographer to win five Tony Awards, and received nine Tony nominations. He was awarded an honorary Academy Award in 1997 "in recognition of his services to the art of dance in the art of the screen".

He was inducted into the American Theatre Hall of Fame in 1981.

He studied chemical engineering at the City College of New York, in 1936 and 1937, but left after being granted a scholarship to the School of American Ballet. He toured the country as a member of the corps de ballet of Lincoln Kirstein’s Ballet Caravan, and performed in roles that included the lead in Billy the Kid, choreographed by Eugene Loring, which featured an orchestral arrangement by Aaron Copland.

In 1941, Kidd became a soloist and assistant to Loring in his Dance Players. He moved on to become a soloist for Ballet Theater, later known as the American Ballet Theatre. His performances there included Fancy Free (1944) choreographed by Jerome Robbins and with music by Leonard Bernstein, in which he played one of the three sailors. While at the ABT, he created his own ballet, On Stage! (1945). Although the play and his performance were well received, and the New York Times observed that Kidd was "hailed as one of the great hopes of postwar American ballet," he left Loring's company for Broadway in 1947 and never again worked in ballet.

The Band Wagon, which featured the music and lyrics of Howard Dietz and Arthur Schwartz, included an extensive dance sequence at the end, the "Girl Hunt Ballet" featuring Astaire and Charisse, which was a spoof of hard-boiled Mickey Spillane novels. Kidd was hired to stage the film's dances at Astaire's request, because he was nervous about the ballet. Kidd said that he made Astaire comfortable by pretending that he was just making up the steps spontaneously. The film also featured "Shine on Your Shoes", set in a 42nd Street penny arcade and featuring Astaire and LeRoy Daniels, a real-life shoe-shiner, and "Dancing in the Dark" with Charisse, set in Central Park.

Kidd died of cancer at the age 92 at his home in Los Angeles, California. His marriage to the Dancer Mary Heater in 1945 ended in divorce. At his death he was survived by his wife Shelah Hackett, whom he married in 1969, two daughters from his first marriage and a son and daughter from his second.

Kidd's first choreography on Broadway was for E.Y. Harburg's Finian's Rainbow, a lyrical musical that explored racial prejudice. Kidd won his first Tony Award for that play. However, his next Broadway musicals were not successful. They were Hold It, a college musical, and the Kurt Weill/Alan Jay Lerner musical Love Life, directed by Elia Kazan, which both had short runs in 1948. Next came Arms and the Girl (1950), directed by Rouben Mamoulian, with Pearl Bailey and Nanette Fabray, also a flop.

His other Broadway shows during the 1950s included Li'l Abner in 1956, which he directed as well as choreographed. He won another Tony Award for his choreography, which was adapted for the film version in 1959. After Merry Andrew, however, he made no other films until Star!, with Julie Andrews, in 1968. Neither film was successful.

Although he came from the world of classic ballet, a Los Angeles Times critic noted at his death that he had "a healthy disdain for its pretensions". He staged a comedic ballet sequence for the 1954 Danny Kaye film Knock on Wood, in which Kaye is chased into a theater and hides on stage during a performance by a Russian ballet company. The sequence allowed Kidd to lampoon the stylistic excesses he'd observed as a Dancer at the American Ballet Theater.

As in his choreography for both the Broadway and 1955 film adaptation of Guys and Dolls, and in the "Girl Hunt Ballet", Kidd's choreography in Seven Brides exuded masculinity. One history of the musical theater observes that "Kidd forged dances, and shows, in which men were men, leaping high, stout hearted, and passionate about their dolls". He choreographed "for the little guy, the working guy, the guy defined by his job and the movement that job entailed".

Kidd was the uncle of filmmaker and political Activist, Robert Greenwald. His older brother was Harold Greenwald, a prominent psychotherapist and best-selling author of the 1958 book The Call Girl, who was an expert in the study of prostitution.

On Broadway he directed and choreographed Destry Rides Again (1959), with Andy Griffith, Wildcat (1960), which starred Lucille Ball, Subways Are for Sleeping (1961), a musical comedy about homelessness, and Ben Franklin in Paris (1964), starring Robert Preston. He also choreographed the famous Broadway flop Breakfast at Tiffany's (1966), a musical version of the Truman Capote novella with Mary Tyler Moore and Richard Chamberlain that never officially opened.

He choreographed the 1969 film adaptation of the hit Broadway play Hello, Dolly! The film was beset by tension on the unhappy set, with Barbra Streisand clashing with her costar Walter Matthau and Director Gene Kelly; Kidd also had conflicts with costume designer Irene Sharaff and Kelly, to the point that he and Kelly were no longer on speaking terms. The film was not a success as a musical, with Kelly and Kidd making little use of the widescreen format of the film. Critic Tom Santopietro described their approach as "shoveling more and more bodies on screen with no apparent purpose".

Kidd appeared in supporting roles as a character actor in the 1970s and 1980s, beginning with his performance as the faded, cynical Choreographer for a cheesy beauty pageant in the satirical 1975 film Smile, which starred Bruce Dern. Film critic Roger Ebert called Kidd's portrayal of the pageant Choreographer a "finely etched semiautobiographical performance". He acted in and staged the musical sequences in the 1978 film Movie Movie, which was directed by Stanley Donen, with whom he'd worked in Seven Brides for Seven Brothers and It's Always Fair Weather. Kidd directed an episode of the TV comedy Laverne and Shirley (1990), as well as scenes for Janet Jackson in two music videos, When I Think of You (1986) and Alright (1990). He conceived and choreographed the television special Baryshnikov in Hollywood, starring Mikhail Baryshnikov, in 1982, for which he was nominated for an Emmy Award.

He was inducted into the American Theatre Hall of Fame in 1981.

Kidd was the first Choreographer to win five Tony Awards, and received nine Tony nominations. He was awarded an honorary Academy Award in 1997 "in recognition of his services to the art of dance in the art of the screen".

In a 2012 appreciation of his work, Dance Teacher said that "Kidd drew from the vocabularies of ballet, modern, social dance and acrobatics. But above all, his choreography stemmed from realistic movements and gestures. Following in the tradition of Agnes de Mille and Jerome Robbins, who developed the integrated musical, Kidd created dances that helped to carry the plot and flesh out the characters. He put the story first, communicating it through dance." Kidd once said that "every move, every turn should mean something. Dancing should be completely understandable." In Seven Brides for Seven Brothers he employed leading ballet Dancers, but insisted that his Dancers avoid ballet dance moves, and instead focus on "work movements like ax wielding".

In choreographing Seven Brides, Kidd once said that he "had to find a way to have these backwoods men dance without looking ridiculous. I had to base it all around activities you would accept from such people—it couldn't look like ballet. And it could only have been done by superbly trained Dancers." Yet he was able to integrate into the cast a non-dancer MGM contract player who was assigned to the film, Russ Tamblyn, by utilizing his talents as a Gymnast and tumbler in the dance numbers.

His next play, Frank Loesser’s Guys and Dolls (1950), cemented his reputation as a Broadway Choreographer. It was based on Damon Runyon short stories, with book by Abe Burrows, and earned Kidd his second Tony Award. The play attracted the attention of movie producers, and he was lured to Hollywood.