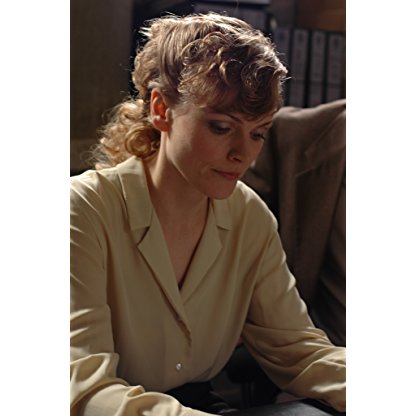 Maxine Peake was born on July 14, 1974 in  Westhoughton, Bolton, Lancashire, England, United Kingdom, is Actress, Director, Writer. Maxine Peake is an English stage, radio, film and television actress, who made her name as Twinkle in Victoria Wood's sitcom Dinnerladies. She has since played Veronica in Channel 4's Manchester-based drama series Shameless, barrister Martha Costello in the BBC legal drama Silk and Grace Middleton in The Village. She is also an accomplished stage actress, having played the title role in Hamlet, and had a role in the 2014 film The Theory of Everything.Peake has appeared in a number of television and stage productions including Victoria Wood's Dinnerladies, Channel 4's Shameless, in the lead role of barrister Martha Costello in the BBC's legal drama Silk and alongside John Simm in the BBC drama The Village, depicting life in a Derbyshire village during the First World War. Following career advice from Victoria Wood, between the two series of Dinnerladies, Peake lost so much weight that an explanation had to be written into the script for her character, Twinkle.Peake portrayed the Moors murderer Myra Hindley in See No Evil: The Moors Murders. Broadcast in May 2006, it was met with mixed reactions; soon after this Peake announced that she was leaving Shameless. January 2009 saw Peake appear in her first major feature film role, as Angela, in the film Clubbed.
Maxine Peake is a member of Actress 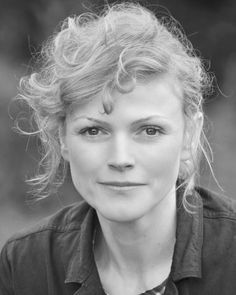 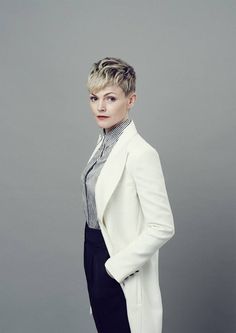 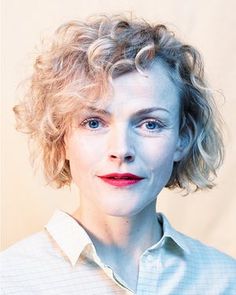 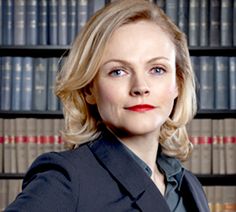 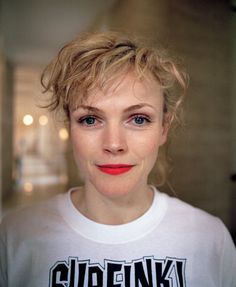 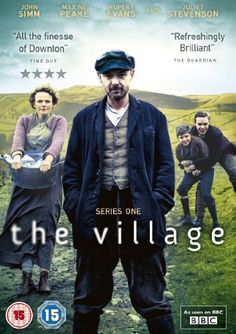 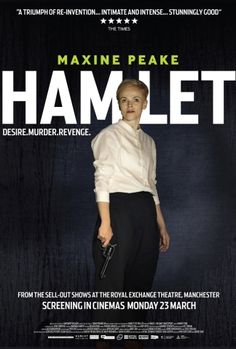 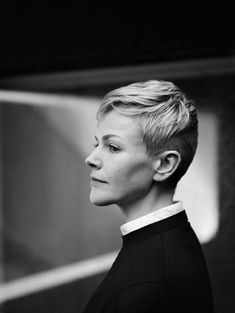 Peake was born in Westhoughton, Greater Manchester on 14 July 1974, the second of two daughters born to Glenys (née Hall) and Brian Peake. Her father was a lorry driver before working in the electrical industry, and her mother was a part-time careworker. Her older sister, Lisa (born 1965), is a police officer. Peake's parents separated when she was nine and she lived with her mother until the age of 15. When her mother moved in with a new boyfriend several miles away, Peake went to live with her grandfather so she could continue her GCSE studies at Westhoughton High School, before going on to take her A-Levels at Canon Slade School in Bradshaw. Her grandfather encouraged her to develop her creativity and start acting.

Peake's early attempts to enter the acting profession were unsuccessful. She was rejected by every theatre education company in North West England, and tried unsuccessfully for three years to get into Manchester Polytechnic Theatre School and the Guildhall School of Music and Drama. However, at 21, she obtained a place at the Royal Academy of Dramatic Art (RADA). Her attempts to find sponsorship for RADA were the subject of a 1996 documentary by The South Bank Show. Eventually, after being put forward by RADA, she was awarded the Patricia Rothermere Scholarship.

She has played the title role in Miss Julie at the Royal Exchange, Manchester. She previously played the part of Kristin in a 2000 production. as well as Doll Tearsheet in the BBC2 adaptations of Henry IV, Parts I and II.

Peake portrayed the Moors murderer Myra Hindley in See No Evil: The Moors Murders. Broadcast in May 2006, it was met with mixed reactions; soon after this Peake announced that she was leaving Shameless. January 2009 saw Peake appear in her first major feature film role, as Angela, in the film Clubbed.

In 2009, Peake left London after living there for 13 years. The move freed her of the financial constraints of trying to buy a house in the area. Living in Salford with her art Director partner Pawlo Wintoniuk, she says, gave her the freedom to choose more risky roles and lower-paying jobs in theatre. "For the last few years I have been lucky enough to choose what I want to do. Living in Salford gives me the confidence to do that because I don't have a massive mortgage." In 2014, she revealed that in an attempt to have children she had explored every option, including IVF treatments, and has suffered two miscarriages.

Peake provided the vocals for the Eccentronic Research Council's 2012 concept album 1612 Underture about the Pendle Witch Trials and for their 2015 album Johnny Rocket, Narcissist & Music Machine…I'm Your Biggest Fan. Peake also features as a crazed stalker in the music video for "Sweet Saturn Mine" by Moonlandingz; a collaborative effort by Eccentronic Research Council and Fat White Family in 2015.

In September 2013, Peake was appointed an Associate Artist of the Royal Exchange Theatre in Manchester. Her association with the theatre began in childhood and she was a member of the youth theatre. Major productions in which she has performed include The Children's Hour in 2008, for which she won a MEN Award, and Miss Julie in 2012 for which she won a Manchester Theatre Award. All of her performances at the Royal Exchange have been directed by Sarah Frankcom with whom she also collaborated on The Masque of Anarchy in 2012 for the Manchester International Festival. Building on this work, in September 2014 Frankcom went on to direct her as the title character in a radical re-imagining of Hamlet. The demand for tickets was so great that the production was extended for a week, having been "the theatre's fastest-selling show in a decade". The Guardian said of her performance: "Peake’s delicate ferocity, her particular mixture of concentration and lightness, ensure that you want to follow her whenever she appears". A year later she appeared in Frankcom's production of The Skriker, as "Caryl Churchill's shape-shifting, doom-wreaking fairy". The Guardian's Lyn Gardner listed the production in her top ten British plays of the year. In 2016, Peake resumed her partnership with Royal Exchange Artistic Director, Sarah Frankcom, to star as Blanche Dubois in Tennessee Williams' A Streetcar Named Desire. Peake's performance in the role garnered critical acclaim with The Guardian describing her performance as "exquisite" and "breathtaking."

Peake brings her views into much of her work. She is a feminist and socialist. She was active in communist organisations during her youth and a member of Communist Party of Britain. In January 2014, Peake won the first Bolton Socialist Club Outstanding Contribution to Socialism Award, for using her work to oppose the government's "crippling austerity measures".

In July 2015, Peake endorsed Jeremy Corbyn's campaign in the Labour Party leadership election. She wrote on her website: "For me, Jeremy Corbyn is our only beacon of hope to get the Labour Party back on track, get the electorate back in touch with politics and save this country from the constant mindless bullying of the vulnerable and poor."

In 2016, Peake along with numerous other celebrities, toured the UK to support Jeremy Corbyn's bid to become Prime Minister.

In April 2017, she endorsed Labour Party leader Jeremy Corbyn in the 2017 UK general election. She said: "I am a Corbyn supporter. My mind boggles why people treat him like the anti-Christ, but it goes to show people are a lot more right-wing than they like to believe. People say he's not been vocal, but he is out at grassroots. Every time I go somewhere, he's there." In May 2017, she took part in a Labour Party election broadcast.