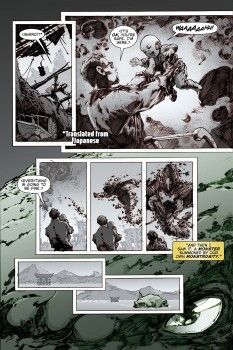 On May 4, 2017, HBO announced that Borenstein is one of four Writers working on a potential pilot for a Game of Thrones spin-off. In addition to Borenstein, Carly Wray, Jane Goldman, and Brian Helgeland are also working on potential pilots. Borenstein has been working and communicating with George R. R. Martin, the author of A Song of Ice and Fire, the series of novels upon which the original series is based. Current Game of Thrones Showrunners D. B. Weiss and David Benioff would also be executive producers for whichever project is picked up by HBO.

Borenstein's 2008 screenplay What Is Life Worth?, based on Kenneth Feinberg's memoir of the same name, was honored with inclusion on The Black List, an annual list compiled by Hollywood executives of their favorite unproduced screenplays. On February 14, 2018, it was reported that he would produce his screenplay into film alongside Michael Sugar, Marc Butan, Sean Sorensen, and Bard Dorros, with Director David Frankel helming the project. His 2009 screenplay Jimi, commissioned by Legendary Pictures and based on the life of Guitarist Jimi Hendrix, was also included on The Black List. Borenstein has written additional projects for Legendary, including Godzilla (2014) and Kong: Skull Island (2017).