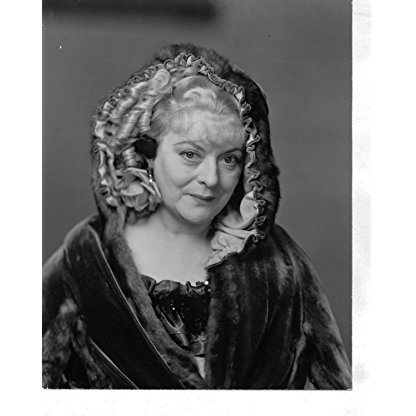 Mary Boland was born on January 28, 1882 in  Philadelphia, Pennsylvania, United States, is Actress, Soundtrack. Lively, buxom character actress Mary Boland made a name for herself playing vacuous or pixillated motherly types during the 1930's. One of her most memorable performances was as the addle-brained Mrs. Rimplegar of Three Cornered Moon (1933), who gives away her family fortune to a swindler because he seemed like 'such a nice young man'. She also made a series of popular homespun comedies under contract to Paramount, in which she co-starred opposite Charles Ruggles. She was notable as a social snob in Ruggles of Red Gap (1935), the oversexed and alcoholic Countess DeLave in The Women (1939) and as Mrs.Bennett in MGM's classic Pride and Prejudice (1940). For all her scatty or matronly character roles in the movies, Mary Boland had once been a star comedienne on Broadway.Born in Philadelphia, the daughter of travelling actor William A. Boland (who happened to be on tour at her birth), she was educated at Sacred Heart Convent in Detroit. At 25, Mary appeared in her first play, 'Strongheart', and was on Broadway two years later in 'The Ranger', with Dustin Farnum. She started in silent films in 1915, her debut being Thomas H. Ince's 'The Edge of the Abyss'. After a wartime interval, entertaining troops on the Western Front during World War I, she made a return to the stage and had notable successes with the comedies 'Clarence' (1919-20,with Alfred Lunt) as Mrs.Wheeler, 'Meet the Wife' (1923-24,with a young Humphrey Bogart) and 'Cradle Snatchers' (1925-26), starring as Susan Martin. These performances established her as one of theatres foremost comediennes, ideally cast as dithery wives and mothers, or social climbers.Mary's film career ended in 1950 and she appeared in her last play, 'Lullaby', in 1954. She retired to live out the rest of her days in her suite at the Essex House in New York.
Mary Boland is a member of Actress 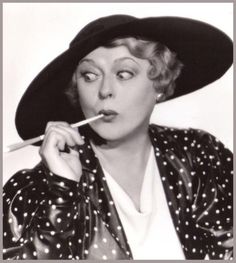 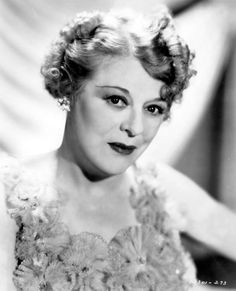 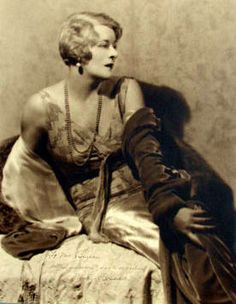 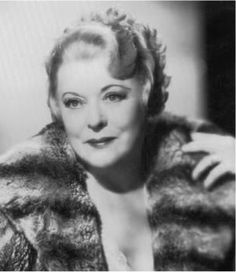 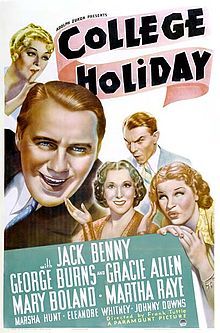 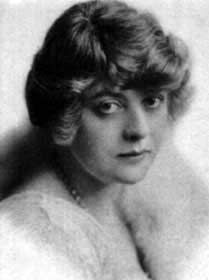 In 1901, she began acting on stage with a local stock theater company.

She debuted on Broadway in 1907 in the play The Ranger with Dustin Farnum and had appeared in eleven Broadway productions, notably with John Drew, becoming his "leading lady in New York and on the road." She made her silent film debut for Triangle Studios in 1915. She entertained Soldiers in France during World War I then returned to America. After appearing in nine movies, she left filmmaking in 1920, returning to the stage and appearing in a number of Broadway productions. She became famous as a Comedian.

Boland's greatest success on the stage in the 1920s was the comedy The Cradle Snatchers (1925–26), in which she, Edna May Oliver, and Margaret Dale, having been abandoned by their husbands, take on young lovers. Boland's paramour was Humphrey Bogart in one of his first roles. She had previously performed with Bogart in the 1923 comedy Meet the Wife at the Klaw Theatre as Gertrude Lennox.

After an eleven-year absence, in 1931 she returned to Hollywood under contract to Paramount Pictures. She achieved far greater film success with her second try, becoming one of the 1930s most popular character actresses, always playing major roles in her films and often starring, notably in a series of comedies opposite Charles Ruggles.

For the remainder of her career, Boland combined films and, later television productions, with appearances onstage (including starring in the 1935 Cole Porter musical Jubilee), making her last Broadway appearance in 1954 at the age of seventy-two. That play, Lullaby, was not a success. Her last acting was done in the 1955 television adaptation of The Women recreating her film role.

Boland appeared in numerous films, including Ruggles of Red Gap, The Big Broadcast of 1936, Danger - Love at Work, Nothing but Trouble, and Julia Misbehaves. She is likely best remembered for her portrayals of Countess DeLave in The Women (1939) and Mrs. Bennet in Pride and Prejudice (1940).

Boland never married or had children. On June 23, 1965, she died of a heart attack at her home in New York. She was interred in the Great Mausoleum, Sanctuary of Vespers in Forest Lawn Memorial Park Cemetery in Glendale, California.