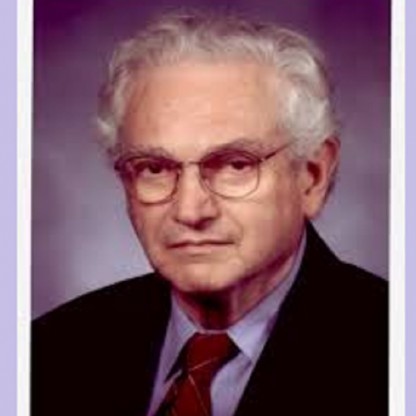 Marshall W. Nirenberg was born on April 10, 1927 in Brooklyn, New York City, New York, United States, United States, is Biochemist and Geneticist. Marshall W. Nirenberg was an American biochemist and geneticist who shared the Nobel Prize in Physiology or Medicine in 1968 with Har Gobind Khorana and Robert W. Holley for "breaking the genetic code." He also won several other prestigious awards for his contributions to genetics and biochemistry. Born in New York City, he developed an early interest in biology. As a young man he attended the University of Florida at Gainesville from where he earned his B. Sc. and M. Sc. degrees in Zoology before working for his Ph. D. degree from the Department of Biological Chemistry at the University of Michigan. He eventually became a research biochemist at the National Institutes of Health (NIH) where he initially focused his research on DNA, RNA and protein. In collaboration with H. Matthaei he demonstrated that messenger RNA is required for protein synthesis and that synthetic messenger RNA preparations can be used to decipher various aspects of the genetic code. His groundbreaking research led to his appointment as the head of the Section of Biochemical Genetics at the National Heart Institute, a position he served in until his death decades later. His later research focused on neuroscience, neural development, and the homeobox genes.
Marshall W. Nirenberg is a member of Scientists 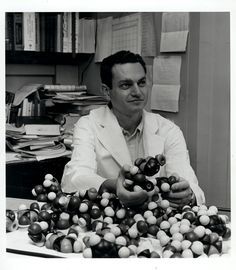 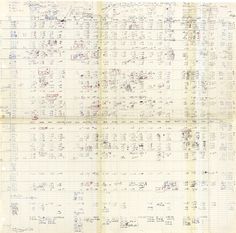 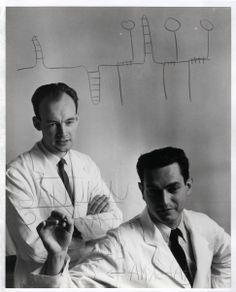 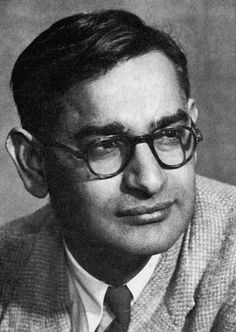 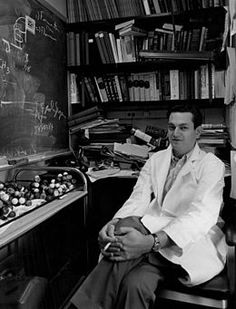 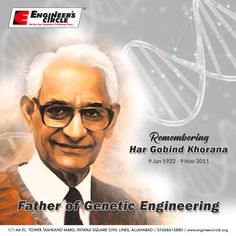 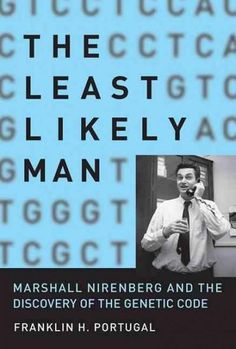 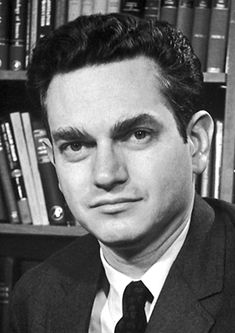 Nirenberg was born in New York City to a Jewish family, the son of Minerva (Bykowsky) and Harry Edward Nirenberg, a shirtmaker. He developed rheumatic fever as a boy, so the family moved to Orlando, Florida to take advantage of the subtropical climate. He developed an early interest in biology. In 1948 he received his B.S. degree, and in 1952, a master's degree in zoology from the University of Florida at Gainesville where he was also a member of the Pi Lambda Phi Fraternity. His dissertation for the Master's thesis was an ecological and taxonomic study of caddis flies (Trichoptera). He received his Ph.D. in biochemistry from the University of Michigan, Ann Arbor in 1957.

He began his postdoctoral work at the National Institutes of Health (NIH) in 1957 as a fellow of the American Cancer Society in what was then called the National Institute of Arthritis and Metabolic Diseases. In 1959 he became a research biochemist at the NIH and began to study the steps that relate DNA, RNA and protein. Nirenberg's groundbreaking experiments advanced him to become the head of the Section of Biochemical Genetics in 1962 in the National Heart Institute (now the National Heart, Lung, and Blood Institute), where he remained a laboratory chief until his death. Fellow laboratory chiefs included Ernst Freese and Daniel Carleton Gajdusek. He was married in 1961 to Perola Zaltzman, a Chemist from the University of Brazil, Rio de Janeiro, who also worked at NIH and died in 2001. Nirenberg married Myrna Weissman, Ph.D., Professor of Epidemiology and Psychiatry at Columbia University College of Physicians and Surgeons in 2005. He had four stepchildren: Susan Weissman of Evanston, Illinois, Judith Weissman of New York, New York, Sharon Weissman of New Haven, Connecticut, and Jonathan Weissman of San Francisco, California. He was also survived by his sister, Joan Nirenberg Geiger of Dallas, Texas, several nieces and a nephew.

By 1958, experiments and analysis such as the Avery–MacLeod–McCarty experiment, the Hershey–Chase experiment, the Watson–Crick structure and the Meselson–Stahl experiment had shown DNA to be the molecule of genetic information. It was not known, however, how DNA directed the expression of proteins, or what role RNA had in these processes. Nirenberg teamed up with Heinrich J. Matthaei at the National Institutes of Health to answer these questions. They produced RNA composed solely of uracil, a nucleotide that only occurs in RNA. They then added this synthetic poly-uracil RNA into a cell-free extract of Escherichia coli which contained the DNA, RNA, ribosomes and other cellular machinery for protein synthesis. They added DNase, which breaks apart the DNA, so that no additional proteins would be produced other than that from their synthetic RNA. They then added 1 radioactively labeled amino acid, the building blocks of proteins, and 19 unlabeled amino acids to the extract, varying the labeled amino acid in each sample. Only in the extract containing the radioactively labeled phenylalanine, was the resulting protein also radioactive. This implied that the genetic code for phenylalanine on RNA consisted of a repetition of uracil bases. Indeed, as we know now, it is UUU (three uracil bases in a row). This was the first step in deciphering the codons of the genetic code and the first demonstration of messenger RNA (see Nirenberg and Matthaei experiment).

The period between 1961 and 1962 is often referred to as the "coding race" because of the competition between the labs of Nirenberg at NIH and Nobel laureate Severo Ochoa at New York University Medical School, who had a massive staff. Faced with the possibility of helping the first NIH scientist win a Nobel prize, many NIH Scientists put aside their own work to help Nirenberg in deciphering the mRNA codons for amino acids. Dr. DeWitt Stetten, Jr., Director of the National Institute of Arthritis and Metabolic Diseases, called this period of collaboration "NIH's finest hour".

Nirenberg was awarded the National Medal of Science in 1964 and the National Medal of Honor in 1968 by President Lyndon B. Johnson. In 1981, Nirenberg became a founding member of the World Cultural Council. In 1986, Nirenberg's achievements and contributions to the field of biochemistry genetics was recognized at an event honoring Maimonides and Menachem M. Schneerson, in the nation's capital, hosted by Bob Dole and Joe Biden. He was elected to the American Philosophical Society in 2001. He died on January 15, 2010, from cancer after several months of illness.