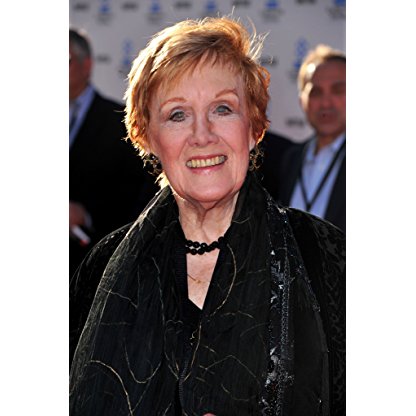 Marni Nixon was born on February 22, 1930 in  Altadena, California, United States, is Soundtrack, Actress, Music Department. "Loverly" soprano Marni Nixon has ensured herself a proper place in film history although most moviegoers would not recognize her if they passed her on the street. But if you heard her, that might be a horse of a different color. Marni is one of those unsung heroes (or should I say "much sung" heroes) whose incredible talents were given short shrift at the time. For those who think film superstars such as Deborah Kerr, Natalie Wood, and Audrey Hepburn possessed not only powerhouse dramatic talents but amazing singing voices as well...think again. Kerr's Anna in The King and I (1956), Natalie's Maria in West Side Story (1961), and Audrey's Eliza in My Fair Lady (1964) were all dubbed by the amazing Marni Nixon, and nowhere in the credits will you find that fact. Born Marni McEathron in Altadena, California, she was a former child actress and soloist with the Roger Wagner Chorale in the beginning. Trained in opera, yet possessing a versatile voice for pop music and easy standards as well, she not only sang for Arnold Schönberg and Igor Stravinsky but also recorded light songs. Marni made her Broadway musical debut in 1954 in a show that lasted two months but nothing came from it. In 1955, the singer contracted to dub Deborah Kerr in The King and I (1956) was killed in a car accident in Europe and a replacement was needed. Marni was hired...and the rest is history. Much impressed, the studios brought her in to "ghost" Ms. Kerr's voice once again in the classic tearjerker An Affair to Remember (1957). From there she went on to make Natalie Wood and Audrey Hepburn sound incredibly good with such classic songs as "Tonight" and "Wouldn't It Be Loverly."She finally appeared on screen in a musical in The Sound of Music (1965) starring Julie Andrews, who physically resembles Marni. The role is a small one, however, and she is only given a couple of solo lines in "How Do You Solve a Problem Like Maria?" as a singing nun. Marni's vocal career in films dissolved by the mid 1960s, but she continued on with concerts and in symphony halls, while billing herself as "The Voice of Hollywood" in one-woman cabaret shows. Throughout the years, she has played on the legit stage, including the lead roles in "The King and I" and "The Sound of Music," and in her matronly years has been seen as Fraulein Schneider in "Cabaret," and in the musicals "Follies" and "70 Girls 70." Her last filmed singing voice was as the grandmother in the animated feature Mulan (1998) in the 1990s. Married three times, twice to musicians; one of her husbands, Ernest Gold, by whom she had three children, was a film composer and is best known for his Academy Award-winning epic Exodus (1960).
Marni Nixon is a member of Soundtrack 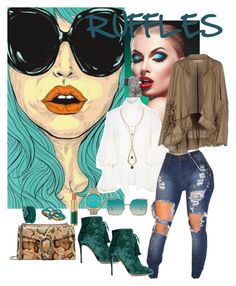 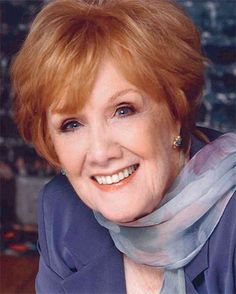 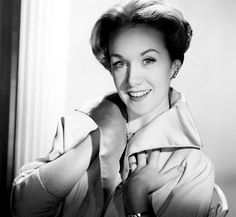 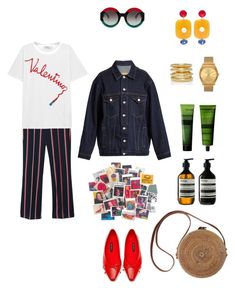 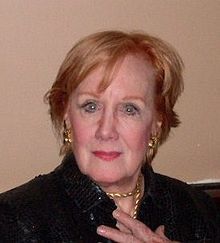 Born in Altadena, California to Charles Nixon and Margaret Elsa (née Wittke) McEathron, Nixon was a child film Actress who also played the violin and began singing at an early age in choruses, including performing solos with the Roger Wagner Chorale. She went on to study singing and opera with, among others, Vera Schwarz, Carl Ebert, Boris Goldovsky and Sarah Caldwell. In 1947, having adopted the stage name Marni Nixon, she made her Hollywood Bowl solo debut in Carmina Burana with the Los Angeles Philharmonic under Conductor Leopold Stokowski.

Nixon's career in film started in 1948 when she sang the voices of the angels heard by Ingrid Bergman in Joan of Arc (1948). The same year, she did her first dubbing work when she provided Margaret O'Brien's singing voice in 1948's Big City and then 1949's The Secret Garden. She sang for Jeanne Crain in Cheaper by the Dozen (1950) and dubbed Marilyn Monroe's high notes in "Diamonds Are a Girl's Best Friend" in Gentlemen Prefer Blondes (1953). Also in 1953, she sang for Ida Lupino in Jennifer. Nixon appeared on Broadway in 1954 in The Girl in Pink Tights.

In 1950, Nixon married the first of her three husbands, Ernest Gold, who composed the theme song to the movie Exodus. They had three children, including singer/songwriter Andrew Gold. They divorced in 1969. She was married to Dr. Lajos "Fritz" Fenster from 1971 to 1975, and to woodwind player Albert Block from 1983 to his death in 2015.

In 1956, she worked closely with Deborah Kerr to supply the star's singing voice for the film version of Rodgers and Hammerstein's The King and I and the next year she again worked with Kerr to dub her voice in An Affair to Remember. That year, she also sang for Sophia Loren in Boy on a Dolphin. In 1960, she dubbed Janet Leigh's voice in Pepe and had an on-screen chorus role in Can-Can. In 1961's West Side Story, the studio kept her work on the film (as the singing voice of Natalie Wood's Maria) a secret from the Actress, and Nixon also dubbed Rita Moreno's singing in the film's "Tonight" quintet. She asked the film's producers for, but did not receive, any direct royalties from her work on the film, but Leonard Bernstein contractually gave her 1/4 of one percent of his personal royalties from it. In 1962, she also sang Wood's high notes in Gypsy. For My Fair Lady in 1964, she again worked with the female lead of the film, Audrey Hepburn, to perform the songs of Hepburn's character Eliza. Because of her uncredited dubbing work in these films, Time magazine called her "The Ghostess with the Mostest".

Nixon made guest appearances with Leonard Bernstein's Young People's Concerts, including in 1960, singing "Improvisation sur Mallarmé I" from Pli selon pli by Pierre Boulez, and on April 9, 1961, in a program entitled "Folk Music in the Concert Hall", singing three "Songs of the Auvergne" by Joseph Canteloube. Before My Fair Lady was released in theatres in 1964, Nixon played Eliza in a revival of the musical at New York City Center. Nixon's first onscreen appearance was as Sister Sophia in the 1965 film The Sound of Music. In the DVD commentary to the film, Director Robert Wise comments that audiences were finally able to see the woman whose voice they knew so well. In 1967, she was the singing voice of Princess Serena in a live action and animated version of Jack and the Beanstalk on NBC. Especially in the 1960s, but also earlier and later, Nixon made concert appearances, specializing in contemporary music as a soloist with the New York Philharmonic, and gave recitals at Carnegie Hall, Alice Tully Hall and Town Hall in New York City.

Nixon taught at the California Institute of the Arts in Santa Clarita from 1969 to 1971 and joined the faculty of the Music Academy of the West, Santa Barbara, in 1980, where she taught for many years. In the late 1970s and early 1980s, she hosted a children's television show in Seattle on KOMO-TV channel 4 called Boomerang, winning four Emmy Awards as best Actress, and made numerous other television appearances on variety shows and as a guest star in prime time series. Nixon's opera repertory included Zerbinetta in Ariadne auf Naxos, Susanna in The Marriage of Figaro, both Blonde and Konstanze in Die Entführung aus dem Serail, Violetta in La traviata, the title role in La Périchole and Philine in Mignon. Her opera credits included performances at Los Angeles Opera, Seattle Opera, San Francisco Opera and the Tanglewood Music Festival among others. In addition to giving recitals, she appeared as an oratorio and concert soloist with the New York Philharmonic under Leonard Bernstein, the Los Angeles Philharmonic, the Cleveland Orchestra, Toronto Symphony Orchestra, the London Symphony Orchestra and the Israel Philharmonic Orchestra among others.

Nixon also toured with Liberace and Victor Borge and later in her own cabaret shows. On stage, in 1984, she originated the role of Edna Off-Broadway in Taking My Turn, composed by Gary william Friedman, receiving a nomination for a Drama Desk Award. She also originated the role of Sadie McKibben in Opal (1992), and she had a 1997 film role as Aunt Alice in I Think I Do. Under her own name, beginning in the 1980s, Nixon recorded songs by Jerome Kern, George Gershwin and various classical composers. She was nominated for two Grammy Awards for Best Classical Performance, Vocal Soloist, one for her Schönberg album and one for her Copland album.

In the 1998 Disney film Mulan, Nixon was the singing voice of "Grandmother Fa". She then returned to the stage, touring the United States as Fraulein Schneider in Cabaret in 1997–1998. She eventually sang on more than 50 soundtracks. In 1999, she originated the role of Mrs. Wilson in the premiere of Ballymore, an opera by Richard Wargo at Skylight Opera Theatre in Milwaukee, Wisconsin, which was taped for PBS. In regional theatre and Off-Broadway, she played Nurse in Romeo and Juliet and appeared in productions of The King and I and The Sound of Music. She also continued to teach voice and judge vocal competitions.

In 2000, after nearly a half century away, she returned to Broadway as Aunt Kate in James Joyce's The Dead. In 2001, Nixon replaced Joan Roberts as Heidi Schiller in the Broadway revival of Stephen Sondheim's Follies. She played Eunice Miller in 70, Girls, 70 in a 2002 production in Los Angeles. In 2003, she was again on Broadway as a replacement in role of Guido's mother in the revival of Nine. Nixon appeared as Frau Direktor Kirschner in the 2009 Encores! production of the musical Music in the Air at New York City Center. Her autobiography, I Could Have Sung All Night, was published in 2006. She performed in the 2008 North American Tour of Cameron Mackintosh's UK revival of My Fair Lady in the role of Mrs. Higgins.

On October 27, 2008, Nixon was presented with the Singer Symposium's Distinguished Artist Award in New York City. She was also an honorary member of Sigma Alpha Iota International Women's Music Fraternity.

In 2012, Nixon was the recipient of the George Peabody Award for Outstanding Contributions to American Music.