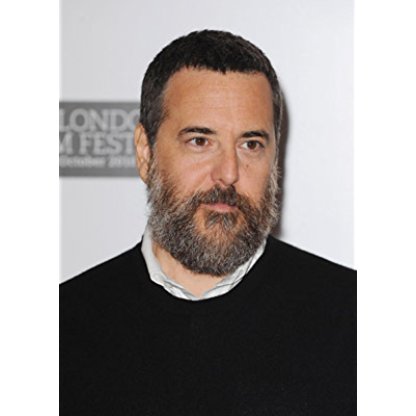 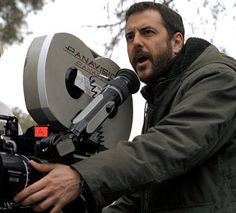 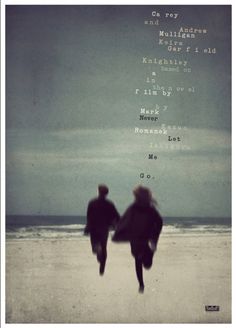 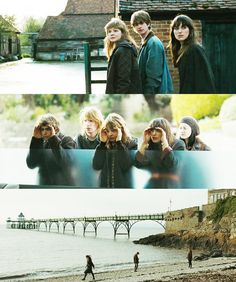 Romanek released his first film, Static, in 1986. It was co-written with Gordon and starred Gordon as a man who claimed he had invented a television set capable of showing a live picture of Heaven. The film achieved something of a cult following in London and led to Romanek's first job at the helm of a music video for the British new wave group The The, who featured on the Soundtrack for Static, in 1986.

Romanek was given his first Grammy Award for Best Short Form Video in 1996 for "Scream", a collaboration between the pop superstar siblings Michael Jackson and Janet Jackson. The video, which cost $7 million to make, is cited as one of the most expensive ever made. Romanek won his second Grammy two years later, again with Janet Jackson, for her video "Got 'Til It's Gone". In 2002, Romanek shot a video for Audioslave's "Cochise" in which the band performed in the midst of a prolonged pyrotechnic display of the intensity usually seen only during fireworks finales. The explosions were so loud during the night shoot in the San Fernando Valley that local police and fire departments received hundreds of calls from residents who feared that a terrorist attack was under way.

Other Romanek videos that have received accolades and awards include the VMA winners "Free Your Mind" (En Vogue), "Are You Gonna Go My Way" (Lenny Kravitz), "Rain" (Madonna), "Devil's Haircut" (Beck), "99 Problems" (Jay-Z), and "Criminal" (Fiona Apple). Many others have also received nominations. In 1997, Romanek received the VMA Video Vanguard Award for his contribution to the medium. Two of his music videos, "Closer" by Nine Inch Nails and "Bedtime Story" by Madonna, have been made part of the permanent collection of the Museum of Modern Art in New York City.

Romanek was born in Chicago, Illinois, the son of Shirlee and Marvin Romanek. He is Jewish. He credits seeing Stanley Kubrick's 2001: A Space Odyssey at the age of nine which inspiring him to become a film Director. He experimented with Super 8 and 16mm film as a teenager while attending New Trier High School. There, he studied first with Kevin Dole, a local filmmaker who was already creating a form of music video on his own in the mid-1970s, and then with Peter Kingsbury, a filmmaker who had studied with experimentalists Owen Land, John Luther Schofill, and Stan Brakhage at the School of the Art Institute of Chicago. Both teachers exposed students to works by significant figures of the American avant-garde cinema, such as Maya Deren, Kenneth Anger, and Paul Sharits.

In 2002, Romanek wrote and directed his second feature film, One Hour Photo, about a department store photo processor who becomes obsessed with a family through their snapshots. The film proved to be only a moderate hit, but still established Romanek as a respected film Director. Rumors spread that the studio, Fox Searchlight, had forced changes on Romanek that seriously altered the film from how he had intended it. He has dismissed this story, however, stating that there never was a "director's cut" of One Hour Photo and that the studio did not exercise any editorial control.

In 2005, Romanek was scheduled to direct a film adaptation of the book A Cold Case, but the project languished in development hell. In December 2005, it was announced that he would direct A Million Little Pieces, the film adaptation of the book of the same name, but due to events regarding the authenticity of the book's content, it has also become a subject of speculation as to whether the film will indeed be made or not. On February 8, 2007, he signed on to direct The Wolfman, but dropped out. He also signed on to direct The Strangers, but also dropped out due to not receiving a bigger budget.

Romanek's third feature was the 2010 British dystopian drama Never Let Me Go. In October 2011, he was planning on taking over from Director Ron Howard on the film adaptation of Dan Brown's bestselling novel The Lost Symbol. However, the film was eventually scrapped in favor of making Brown's fourth novel, Inferno, into a feature film instead.

Romanek directed Jay-Z's performance art video for the song "Picasso Baby", which aired on HBO on August 2, 2013. The video was shot inside the Pace Gallery in New York and featured a group of personalities from the world of art, including Marina Abramović, whose 2010 performance art work "The Artist is Present" inspired the video. This marked Romanek's first music video in eight years, his last being Coldplay's video for "Speed of Sound" in 2005.

Romanek directed the music video for Taylor Swift's lead single "Shake It Off", which premiered on August 18, 2014.