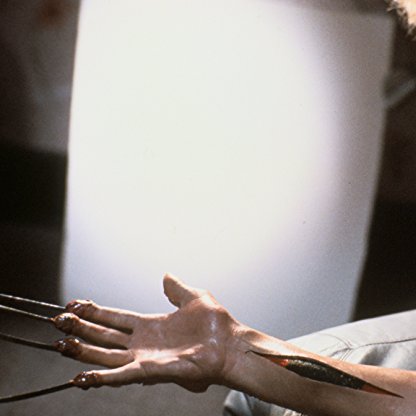 Mark Patton was born on February 13, 1964 in  Riverside, Missouri, United States, is Actor. Mark Patton was raised in Riverside, Missouri, a Suburb of Kansas City. His first interest, starting at age 8, was in gymnastics. By his high school years, he had excelled in the Junior Olympics. But acting had also begun to interest him. Mark began studying in his high school's drama department and soon found himself appearing in Emlyn Williams's "Night Must Fall" and John Guare's "House of Blue Leaves" for the Missouri Repertory Company. He also had an interest in country and western music, which his folks had always tried to encourage him to pursue.At 17, after graduating high school, he flipped a coin to determine which would it be: New York or Nashville. It came up tails, and it was off to the Big Apple, where he landed weeks later with $132 in his pocket. He stayed at a Broadway hotel, and was able to find work almost immediately, first as a waiter and then, upon searching for an agent, work in advertisements and in off-Broadway productions.In 1982 he landed a role on Broadway opposite Cher, Sandy Dennis, Kathy Bates, and Karen Black, playing a gay character, Joe Qualley. The play, written by Ed Graczyk and directed by Robert Altman was adapted into the film of the same title, Come Back to the 5 & Dime, Jimmy Dean, Jimmy Dean (1982), which launched his Hollywood career. Graczyk wrote the screenplay and Altman again directed. The following year, he starred in Anna to the Infinite Power (1983) and appeared in a made-for-television movie, Kelsey's Son (1983), alongside Chuck Connors. Two years later, he landed the role in the sequel to A Nightmare on Elm Street (1984), A Nightmare on Elm Street Part 2: Freddy's Revenge (1985).Patton, who had felt like an outsider and endured bullying at school, had been out about his homosexuality in New York, but Hollywood was a different, very homophobic, world. After appearing in "Nightmare 2", the public began to notice a gay subtext in the movie, which screenwriter David Chaskin purposefully included in the script. At the time, he denied it, blaming Patton for playing it "too gay".He had received a request from the gay magazine "The Advocate" after making "Jimmy Dean", but was told he absolutely couldn't speak with a gay magazine, even though he had played a gay character. In 1987, he was cast to play a groundbreaking gay character on a major television network series, but was asked if he could play a gay character while telling people he was straight. Tired of the homophobia in Hollywood that was so different than the theatre scene in New York, Patton left acting and became a successful interior decorator.While battling what he thought was bronchitis, Patton underwent tests that revealed he was HIV-positive, suffering from thrush, pneumonia, and tuberculosis. He was diagnosed on his 40th birthday, and three days later was in the hospital. His health slowly improved and he moved to Mexico where he met Hector Morales Mondragon, who would later become his husband.In 2010, Patton was approached to appear in Never Sleep Again: The Elm Street Legacy (2010), a documentary about the Elm Street franchise. He learned that "Nightmare 2" had become a cult classic among both horror fans and the LGBT community, being celebrated as one of the gayest horror films of all time. Patton agreed to appear in the documentary and was finally able to be truthful about his sexuality. Screenwriter Chaskin finally admitted that he had included the gay subtext.Since that time, he is lauded as the first "male scream queen" while touring horror conventions all over the world. He sells t-shirts with some of the "gayer" lines from the film - "He's inside me, and he wants to take me again!" - along with the derogatory ones, such as "Jesse is a Homo". He donates much of the money he makes from his appearances to HIV treatment organizations and charities for LGBT youth such as The Trevor Project.As of 2013, he and his husband own an art store in Puerto Vallarta where Patton sells some of his own work, including a line of painted handbags he designed.
Mark Patton is a member of Actor 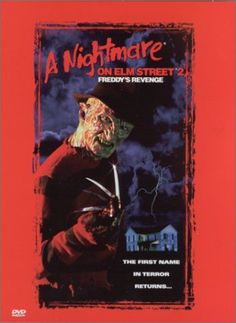 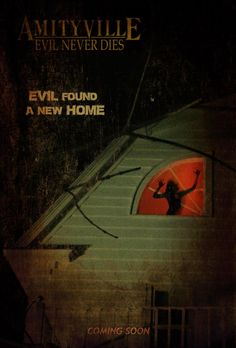 Patton is openly gay. On his 40th birthday, he was diagnosed with HIV along with pneumonia, thrush and tuberculosis. His medications interacted badly and he was hospitalized. Upon recovering, he moved to Mexico, where he met and later married Hector Morales Mondragon. The couple owns and operates an art store in Puerto Vallarta.

Patton grew up in Riverside, Missouri and, after graduating high school, he moved to New York City to pursue an acting career. Within a few years he landed the role of Joe Qualley in the 1982 Broadway production of Come Back to the Five and Dime, Jimmy Dean, Jimmy Dean. Patton reprised the role in the 1982 film of the same name. Although his character in the play and film was gay, Patton was not allowed to do an interview with the LGBT-interest magazine, The Advocate. Patton identified this as an early indicator of the homophobia in Hollywood at that time.

In 1985, Patton landed the lead role in the horror film A Nightmare on Elm Street 2: Freddy's Revenge portraying Jesse Walsh, a teen whose body becomes possessed by Freddy Krueger. Critics and audiences noted the gay subtext of the film, something Screenwriter David Chaskin initially attributed to Patton's portrayal of Jesse. However, in the 2010 documentary Never Sleep Again: The Elm Street Legacy Chaskin acknowledged that he, himself, was responsible for the film's deliberate gay subtext.

In December 2015, it was announced that Patton was cast in the independent paranormal horror film, Family Possessions, which is written and directed by Tommy Faircloth of Horse Creek Productions. Mark will play the role of Tyson, a male Regina George who torments a new girl in town with his best friend Tristen. Filming took place in March 2016 in Greenville, North Carolina. Family Possessions had its World Premiere in mid October, 2016 and won many awards at film festivals around the globe. This film marks the first horror movie Mark has acted in since A Nightmare on Elm Street 2: Freddy's Revenge. In February 2018, "Family Possessions" was released on North American by 4Digital Media/Sony Pictures. It was also released in South Korea and Taiwan.