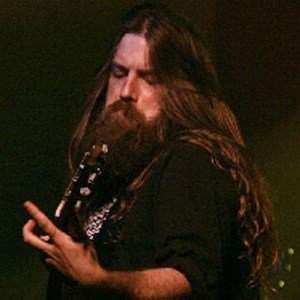 Lead guitarist for the heavy metal band, Lamb of God, and for Burn the Priest.

He and his future bandmates, Chris Adler and John Campbell, lived on the same floor at Virginia Commonwealth University.

After college, he decided to continue his education rather than play guitar in a band, but he could only stay away from music for so long.

He grew up near Williamsburg. He and his wife had a daughter named Madalyn Grace Morton in 2009; she tragically died a day after her birth due to an infection.

He uses a Eddie Van Halen Phaser pedal for his music, which was developed with Van Halen by Dunlop.