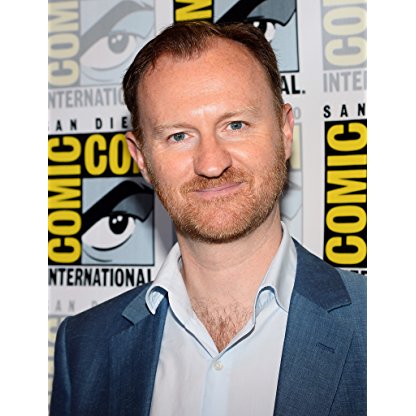 Mark Gatiss was born on October 17, 1966 in  Sedgefield, England, United Kingdom, is Actor, Writer, Producer. Mark Gatiss is an accomplished author, actor and playwright. Originally from Sedgefield, County Durham, he graduated from Bretton Hall Drama College with a BA (honors) in Theatre Arts.He was one-quarter of the award-winning comedy team The League of Gentlemen (1999), and became heavily involved in the post-television Doctor Who (1963) scene, having written a variety of novels and audio plays, together with a string of short supernatural/science-fiction films (most of which he appeared in). He also co-wrote three sketches for BBC2's "Doctor Who Night" in November 1999.When Bac Si Vo Danh (2005) was re-imagined by Russell T. Davies and returned to television, Gatiss became part of the writing team. He had another major success as the co-creator of Tham Tu Sherlock (2010) for the BBC with Steven Moffat and also stars in the series as Mycroft Holmes. He has co-written plays for the Edinburgh Festival and appeared in a number of theatre and radio shows.
Mark Gatiss is a member of Actor 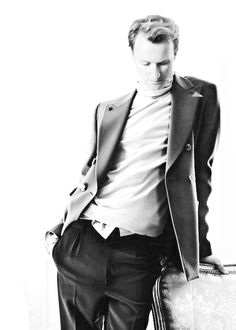 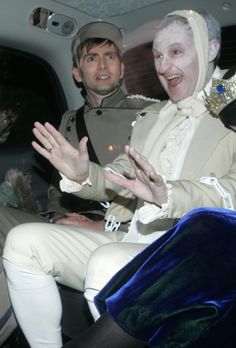 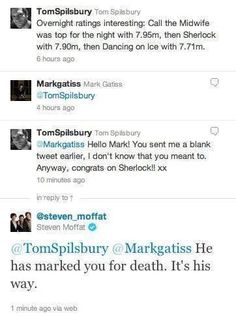 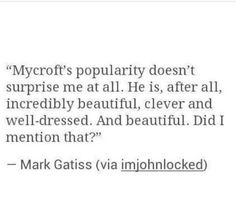 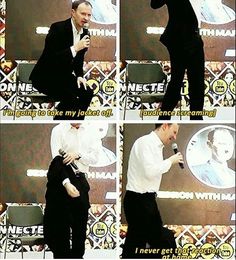 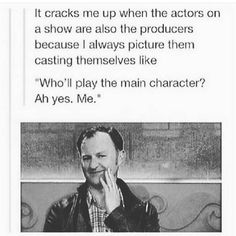 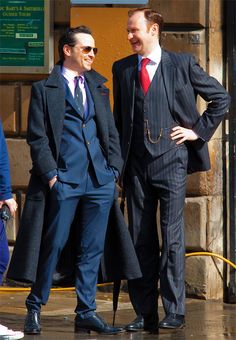 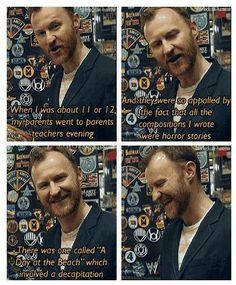 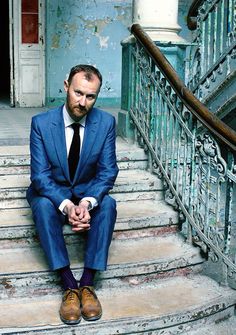 Gatiss was born in Sedgefield, County Durham, England, to Winifred Rose (née O'Kane, 1931–2003) and Maurice Gatiss (b. 1931). He grew up opposite the Edwardian psychiatric hospital where his father worked. His family background is working class. His childhood passions included watching Doctor Who and Hammer Horror films on television, reading Sherlock Holmes and H.G. Wells, and collecting fossils. All of these interests have fuelled his creative work as an adult.

Gatiss had a childhood interest in BBC science-fiction show Doctor Who and devoted much of his early writing to the series, despite its 1989 cancellation. Gatiss's earliest published work was a sequence of novels in Virgin Publishing's New Adventures series of continuation stories and novels. In these works, he tried to correct the problems which had led to the show's decline in the late 1980s.

The League of Gentlemen began as a stage act in 1995, which won the Perrier Award at Edinburgh Festival Fringe in 1997. In the same year the show transferred to BBC Radio 4 as On the Town with the League of Gentlemen, and later arrived on television on BBC Two in 1999. The television programme has earned Gatiss and his colleagues a British Academy Television Award, a Royal Television Society Award and the prestigious Golden Rose of Montreux.

He has also contributed to the franchise outside the main show. His early work (see above) was primarily Doctor Who expanded media, and Gatiss wrote and performed in the comedy spoof sketches The Web of Caves, The Kidnappers and The Pitch of Fear for the BBC's "Doctor Who Night" in 1999 with David Walliams.

Gatiss was awarded an honorary doctorate of letters by the University of Huddersfield in 2003.

Gatiss has written nine episodes for the 2005 revival of the show. His first, "The Unquiet Dead," was the third episode of the revived series in 2005; the second, "The Idiot's Lantern," aired the following year in the second series. Although he acted in the third series and proposed an ultimately unproduced episode for the fourth, involving Nazis and the British Museum, it took until 2010 for Gatiss to return as Writer. He wrote "Victory of the Daleks" for that year's fifth series and went on to contribute "Night Terrors" for series 6, "Cold War" and "The Crimson Horror" for series 7 and "Robot of Sherwood" for series 8. He also wrote "Sleep No More" for series 9 and "Empress of Mars" for series 10.

His first non-Doctor Who novel, The Vesuvius Club, was published in 2004, for which he was nominated in the category of Best Newcomer in the 2006 British Book Awards. A follow-up, The Devil in Amber, was released on 6 November 2006. It transports the main character, Lucifer Box, from the Edwardian era in the first book to the roaring Twenties/Thirties. A third and final Lucifer Box novel, Black Butterfly, was published on 3 November 2008 by Simon & Schuster.

Mark appeared in the stage adaptation of Pedro Almodóvar's All About My Mother at the Old Vic in London from 25 August-24 November 2007. He won much critical acclaim for his portrayal of the transgender character Agrado.

In the 2008 English language re-release of the cult 2006 Norwegian animated film Free Jimmy, Gatiss voiced the character of "Jakki," a heavy-set, bizarrely dressed biker member of the "Lappish Mafia." In this his voice is used along with the other actors of League of Gentlemen such as Steve Pemberton and Reece Shearsmith. The dialogue was written by Simon Pegg and other actors included Pegg himself, Woody Harrelson and David Tennant, who worked with Gatiss on Doctor Who.

Mark was scheduled to perform in Darker Shores by Michael Punter, a ghost story for all the family, at Hampstead Theatre 3 December 2009 – 16 January 2010 but had to withdraw after a serious family illness. Tom Goodman-Hill took over his role.

Gatiss is gay and was featured on The Independent on Sunday's Pink List of influential gay people in the UK in 2010 and 2011. He married actor Ian Hallard in 2008 in Middle Temple, in the City of London. Gatiss once built a Victorian laboratory in their north London home, as the fulfilment of another childhood dream.

In December 2011 he appeared in an episode of The Infinite Monkey Cage in an episode entitled The Science of Christmas, alongside Brian Cox, Robin Ince and Richard Dawkins.

In January 2012 he took the role of Brazen in The Recruiting Officer at the Donmar Theatre, London. From 18 October – 24 November that year he was Charles I in the Hampstead Theatre production of 55 Days by Howard Brenton, a play dramatising the military coup that killed a King and forged a Commonwealth under Oliver Cromwell.

Gatiss has written several non-fiction works, including a biography of the film Director James Whale and the documentary M.R. James: Ghost Writer, which Gatiss also presented. The documentary followed Gatiss's directorial debut with an adaption of one of James's horror stories, "The Tractate Middoth" for BBC 2, which was broadcast on Christmas Day 2013. Gatiss also wrote, co-produced and appeared in Crooked House, a ghost story that was broadcast on BBC Four during Christmas 2008.

He appeared in season four of Game of Thrones in 2014 playing Tycho Nestoris and reprised this role in season five and season seven.

In May 2017, Gatiss began a recurring role on "The Secret History Of Hollywood", a series of podcast biopics on Golden Age-era Hollywood. Its 11-part series, 'Shadows' tells the story of Val Lewton's life and career, with Gatiss providing the introductions for each episode.

In November 2018, Gatiss will appear as the lead in a revival of The Madness of George III at Nottingham Playhouse.