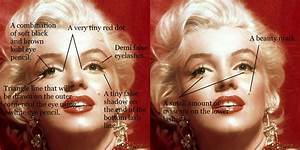 Arden was born in Newbury, Berkshire. He and Frost came to prominence in the late 1970s alternative comedy boom, and became recognisable to a national audience with regular spots on Saturday Live. In the early 1980s they were instrumental in the forming of long-running north London comedy show News Revue, and shortly afterwards began appearing as a pairing in episodes of series such as The Black Adder and The Young Ones. They are perhaps most remembered for a long-running and award-winning series of commercials for Carling Black Label lager, one of which involved Arden and Frost stripping entirely naked.

Arden had a major role as Roland "Vaseline" Cartwright in London's Burning, appearing in the original pilot film and the first two series. He has also had roles in Bottom and Blackadder II. He and Frost also played the title roles in the surrealist police sitcom Lazarus and Dingwall. He appeared in the 1992 film Carry On Columbus. He continues to perform with Frost in comedy clubs, although did not follow his partner into the genre of improvisation.

As well as appearing in all the above listed projects Mark also has a successful theatre career, appearing in acclaimed play The Long, the Short and the Tall. He also played the title role in An Inspector Calls at the Garrick Theatre, Pop in the musical We Will Rock You at London's Dominion Theatre, and in Fings Ain't Wot They Used T'Be at the Theatre Royal Stratford East. He played Bryan on the ITV sitcom Teenage Kicks, which was shown on Friday nights at 9.30pm on ITV1 from 28 March to 16 May 2008.