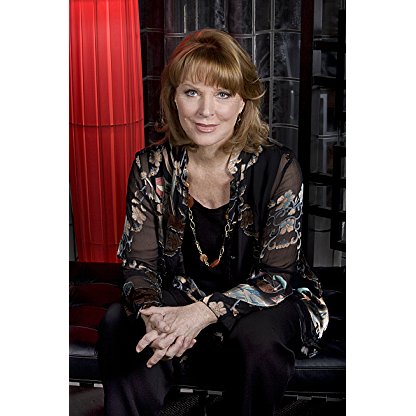 Mariette Hartley was born on June 21, 1940 in  Weston, Connecticut, United States, is Actress. Mariette Hartley was born Mary Loretta, a name she dislikes, in Weston, Connecticut. She was raised in accordance with the principles espoused by her behavioral psychologist grandfather, John B. Watson, who believed that children should never be held or cuddled. She says that the lack of warmth at home is what drove her to the theatre. She studied with John Houseman at the Repertory Stratford and with Eva Le Gallienne at Lucille Lortel's White Barn Theatre. It took her six years to get her first movie, Ride the High Country (1962) with Joel McCrea. She then made a series of TV appearances and sitcoms. Ultimately, she appeared with co-host Bill Beutel on "A.M. America", the predecessor to ABC's Good Morning America (1975). She is most known, however, for her series of Polaroid commercials with James Garner. Mariette's father committed suicide with a self-inflicted gunshot in 1962. Her family kept it a secret for 25 years, but she eventually revealed the incident. This brought her considerable acclaim for speaking out about her devastation. She co-founded a suicide prevention foundation based on her own past situation. She continues to work in the theatre and, in 2000, was hosting the syndicated Wild About Animals (1995). Her children, Justine E. Boyriven (b. 1978) is an actress and singer, and Sean Boyriven (b. 1975) is a film-school graduate.
Mariette Hartley is a member of Actress 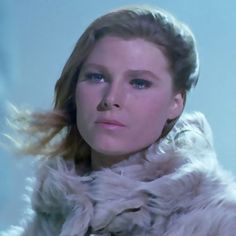 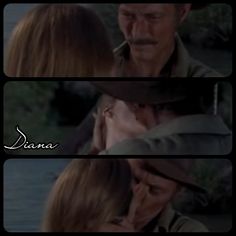 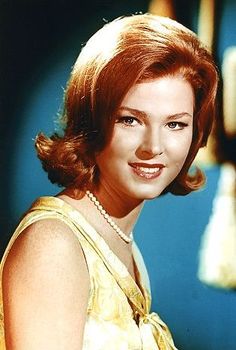 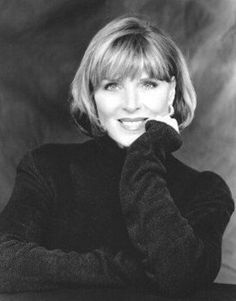 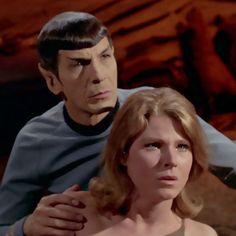 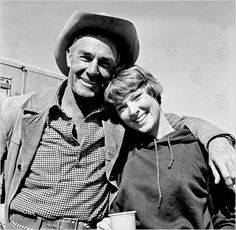 Hartley began her career as an eight year old in the White Barn Theater in Westport, Connecticut. In her teens as a stage Actress, she was coached and mentored by Eva Le Gallienne. Her film career began with Ride the High Country (1962), a western with actors Randolph Scott and Joel McCrea, and directed by Sam Peckinpah. In 1962, she appeared in an episode of CBS's Gunsmoke as a mountain girl. In 1963 she starred in the leading role in Drums of Africa with Frankie Avalon, Lloyd Bochner and Torin Thatcher, directed by James B. Clark. She was cast in an episode of the Jack Lord adventure/drama series about the rodeo circuit, Stoney Burke. Hartley had a supporting role as Susan Clabon in Alfred Hitchcock's Marnie in 1964.

She worked with Rod Serling and Gene Roddenberry, two creators of television science fiction. In 1963, she appeared in an episode of The Twilight Zone ("The Long Morrow"). She played the character 'Ellie' in episode 118 (1964) of Gunsmoke. She appeared in two episodes of the NBC series Daniel Boone, "Valley of the Sun" in 1968 and as a nun in "An Angel Cried" in 1970. In 1969, she appeared in the penultimate episode of NBC's Star Trek, "All Our Yesterdays," as Zarabeth. She appeared in several science fiction films, Marooned (1969), Earth II (1971), and the pilot for the post-apocalyptic Genesis II (1973), another Roddenberry production.

In 1965, Hartley was cast as a Mormon "hand-cart" pioneer, Jessica Scott, who with her husband searches for their lost boy taken by Indians while they are en route to Utah, in the episode "The Red Shawl" of the syndicated series, Death Valley Days, then hosted by Ronald W. Reagan. The boy was wrapped in the shawl when he went missing. Also 1967 "Death Valley Days" in Lost Sheep in Trinidad as Sister Blandia

During the late 1970s and into the early 1980s, Hartley appeared with James Garner in a popular series of television commercials advertising Polaroid cameras. The two actors had such amazing on-screen chemistry that many viewers erroneously believed that they were married in real life. Hartley's biography indicates that she began to wear a T-shirt printed with the phrase "I am not Mrs. James Garner." (Hartley went as far to have a shirt made for her infant son, reading "I am not James Garner's Child" and even one for her then-husband: "I am not James Garner!") Hartley guest-starred in a memorable episode of Garner's television series The Rockford Files around this time. The script required the two to kiss at one point and unknown to them, a paparazzo was photographing the scene from a distance. The photos were run in a tabloid trying to provoke a scandal, causing a good deal of attention. An article that ran in TV Guide was titled: "That woman is not James Garner’s wife!"

On television, she portrayed Dr. Claire Morton on the prime-time adaption of ABC's Peyton Place. In 1971, Hartley had a guest appearance with Glenn Corbett on the Gunsmoke episode "Phoenix." In 1973 she appeared as divorcee Marilyn Dietz on The Bob Newhart Show, and in Disney's The Mystery in Dracula's Castle. In 1974, she guest-starred in the "Moran's the Man" episode of Paul Sand in Friends and Lovers. She also guest-starred in the "Zero" episode of Emergency!. In 1975, she appeared on McCloud, starring Dennis Weaver, titled "Lady on the Run." In 1976, she played a widow on Little House on the Prairie episode 43, "For My Lady". In 1978, she appeared in the television series Logan’s Run (based on the film of the same name) and in CBS's The Incredible Hulk in two episodes. As Dr. Carolyn Fields, she marries Bill Bixby's character, the alter ego of the Hulk; for her performance, Hartley won an Emmy Award. In 1979, she appeared in an episode of The Rockford Files titled "Paradise Cove" (Season 6, Episode 1, No. 112 in the Series, first aired September 28, 1979) as Althea Morgan, the Court appointed Receiver.

Hartley appeared in an episode of M*A*S*H as Dr. Inga Halverson (Series 7, Episode 17, "Inga"). She also co-starred with Bixby in the 1983 situation comedy Goodnight, Beantown. She appeared in two episodes of the NBC mystery series Columbo, starring Peter Falk as the rumpled detective. One was "Try and Catch Me" with Ruth Gordon, the other "Publish or Perish" with Jack Cassidy. In 1979, she portrayed the Witch in ABC's holiday telefilm The Halloween That Almost Wasn't, a.k.a. The Night Dracula Saved The World. In 1986, she co-starred with Lynn Redgrave in the made for TV movie My Two Loves.

In the 1990s, she toured with Elliott Gould and Doug Wert in the revival of the mystery Deathtrap. She has hosted the long-running television documentary series Wild About Animals, an educational program. In 2005 she appeared in the NCIS episode, "SWAK". In 2006, Hartley starred in her own one-woman show, If You Get to Bethlehem, You've Gone Too Far, which ran in Los Angeles.

Between 2001 and 2006, Hartley endorsed the See Clearly Method, a commercial eye exercise program, whose sales an Iowa court halted after a finding of fraudulent Business practices and advertising.

In 2009, Hartley spoke at a suicide and violence prevention forum about her father's suicide.

In 2014, she returned to the stage as Eleanor of Aquitaine with Ian Buchanan's Henry in the Colony Theater Company production of James Goldman's The Lion in Winter.