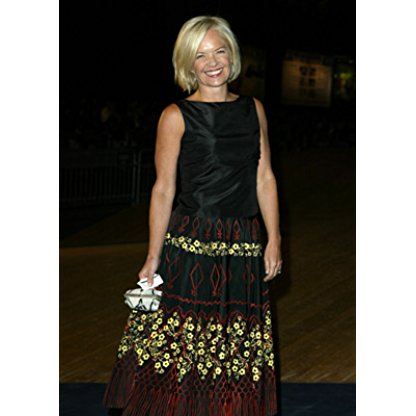 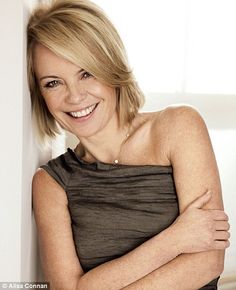 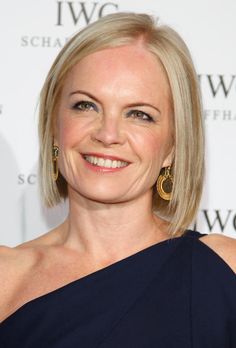 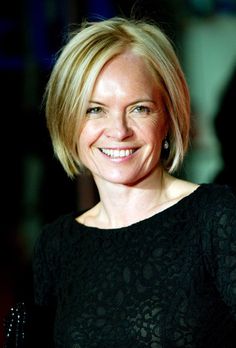 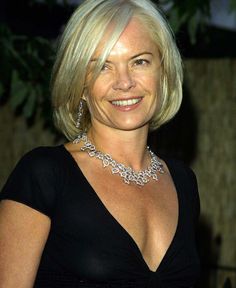 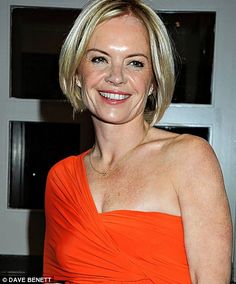 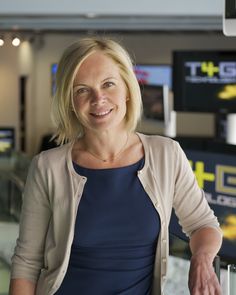 Frostrup was born in Oslo, Norway, but moved with her family when she was six to Ireland in 1969, living in Kilmacanogue, a small village near the town of Greystones in County Wicklow. Her Norwegian father, an alcoholic who died aged 44 when she was 15, was a Journalist on The Irish Times, and her Scottish mother an Artist. She has four siblings, including a sister who was believed to be the incorrect age for a decade, until her birth certificate was discovered whilst moving house.

After the death of her father, in 1977 she moved to London. There, she worked as a public relations executive for Phonogram Records between 1980 and 1990; coordinated the publicity for the Live Aid concert at Wembley in 1985; and, after leaving Phonogram, started television work as a presenter and film critic.

Frostrup was first married (1979–1984) to Richard Jobson, former lead singer with the punk rock group Skids. On a charity trek in Nepal, Frostrup met human rights Lawyer Jason McCue, whom she met aged 39 and married two years later. They live near Bruton, Somerset (with a flat in London), and have two children.

She also presented Thames Television's Video View from 1990 and, after Thames lost the London ITV franchise, reprised the role straight afterwards on The Little Picture Show for Carlton Television from 1993.

In September 2007 she chaired a question-and-answer session with British Prime Minister Gordon Brown, at the Labour Party Conference in Bournemouth, Dorset.

In 2008, Frostrup received an Honorary Degree of Doctor of Letters from Nottingham Trent University in recognition of her contribution and commitment to journalism and broadcasting.

In 2010 she created, along with three other trustees, the Gender Rights and Equality Action Trust. This foundation aims at fostering gender equality and raising awareness and funds, to support grass roots gender equality projects in Africa and beyond. The GREAT Initiative works in partnership with Femmes Africa Solidarité, an African charity.

In December 2012, she appeared on the BBC Two series World's Most Dangerous Roads, in which she and Angus Deayton were filmed driving along the east coast of Madagascar.

She presented the BBC Radio 2 show The Green Room and is the regular presenter of BBC Radio 4 programme Open Book, interviewing authors and publishers and reviewing new fiction and non-fiction books. As the presenter of The Book Show on Sky Arts 1, she interviewed an extensive list of guests on their recent works and their "favourite heroes and heroines from fiction". The show was cancelled in 2013.

In 2015 she signed an open letter which the ONE Campaign had been collecting signatures for; the letter was addressed to Angela Merkel and Nkosazana Dlamini-Zuma, urging them to focus on women as they serve as the head of the G7 in Germany and the African Union in South Africa respectively, which will start to set the priorities in development funding before a main UN summit in September 2015 that will establish new development goals for the generation.