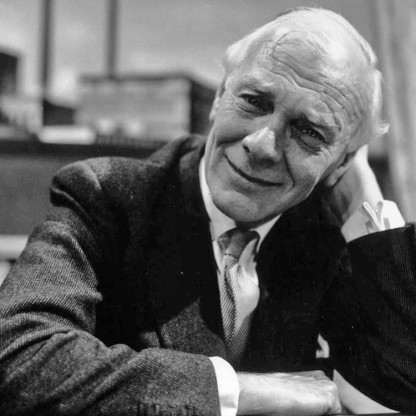 Malcolm Muggeridge was born on March 24, 1903 in Sanderstead, South Croydon, Surrey, England, UK, British, is Journalist and Author. Malcolm Muggeridge was a a prominent English journalist and author of his times. Some of his well-known works include ‘The Earnest Atheist’, ‘Affairs of the Heart’, ‘Jesus Rediscovered’ and ‘A Third Testament’. Apart from writing, he also worked as a teacher in India and Egypt. He was a left-wing partisan and later, became a dynamic anti-communist. He was also attributed with propagating Mother Teresa’s works and the Roman Catholic doctrine. However, before he got into writing full-time, he joined the Intelligence Corps and served the MI5 in a number of countries including Mozambique, France and Italy, at the outbreak of World War II. Once the war ended, he became a daily columnist and wrote articles for multifarious newspapers including the ‘Daily Telegraph’ and ‘The Evening’. In this period, he also produced several important BBC films with a religious theme, including, ‘In the Footsteps of St. Paul’. Towards the end of his life, he became a religious and moral campaigner.
Malcolm Muggeridge is a member of Writers 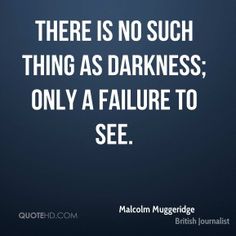 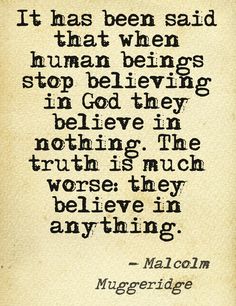 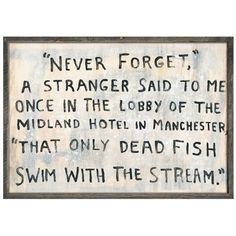 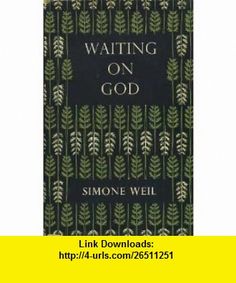 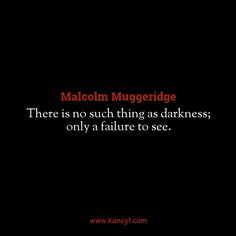 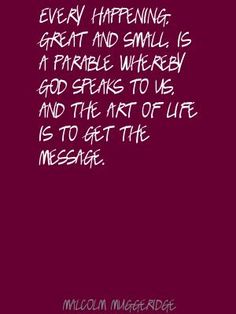 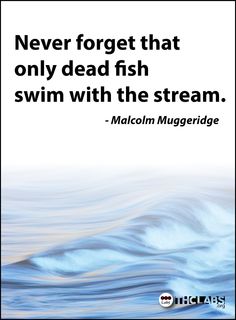 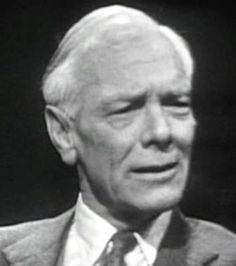 The middle of five brothers, Muggeridge was born in Sanderstead, Surrey. He grew up in Croydon and attended Selhurst High School there, and then Selwyn College, Cambridge for four years. While still a student he had taught for brief periods in 1920, 1922 and 1924 at the John Ruskin Central School, Croydon, where his father was Chairman of the Governors. After graduating in 1924 with a pass degree in natural sciences he went to India for three years to teach English Literature at Union Christian College Aluva, Kerala. His writing career began during his time in Kerala, via an exchange of correspondence on war and peace with Mahatma Gandhi, with Muggeridge's article on the interactions being published in Young India, a local magazine.

Returning to Britain in 1927, he married Katherine "Kitty" Dobbs (1903–1994), the daughter of Rosalind Dobbs (a younger sister of Beatrice Webb). He worked as a supply Teacher before moving to teach English Literature in Egypt six months later. Here he met Arthur Ransome, who was visiting Egypt as a Journalist for The Manchester Guardian. Ransome recommended Muggeridge to the editors of the Guardian, who gave him his first job in journalism.

Muggeridge's father, Henry (known as H. T. Muggeridge) served as a Labour Party councillor in the local government of Croydon, South London, as a founder-member of the Fabian Society, and as a Labour Member of Parliament for Romford (1929–1931, during Ramsay MacDonald's second Labour government). Muggeridge's mother was Annie Booler.

Initially attracted by Communism, Muggeridge and his wife travelled to Moscow in 1932, where he was to be a correspondent for The Manchester Guardian, standing in for william Chamberlin, who was about to take a leave of absence. During Muggeridge's early time in Moscow, his main journalistic concentration was in completing a novel, Picture Palace, loosely based on his experiences and observations while at The Manchester Guardian. This was completed and submitted to publishers in January 1933, but there was concern by the publishers with potential libel claims and the book was not published. This setback caused considerable financial difficulties for Muggeridge, who was not employed at the time, being paid only for articles which were accepted. Increasingly disillusioned by his observations of communism in practice, Muggeridge decided to investigate reports of the famine in Ukraine, travelling there and to the Caucasus without obtaining the permission of the Soviet authorities. Reports he sent back to The Manchester Guardian in the diplomatic bag, thus evading censorship, were not fully printed and were not published under Muggeridge's name. At the same time, rival Journalist Gareth Jones, who had met Muggeridge in Moscow, published his own stories that served to confirm the extent of the famine. Writing in The New York Times, Walter Duranty denied the existence of any famine, and was awarded the Pulitzer Prize. Gareth Jones wrote letters to The Manchester Guardian in support of Muggeridge's articles about the famine.

After his time in Moscow, Muggeridge worked on other newspapers, including The Statesman in Calcutta, of which he was Editor in 1934–36. In this second stint in India, he lived by himself in Calcutta, having left behind his wife and children in London. (Between 1930 and 1936 the Muggeridges had three sons and a daughter.) His office was in the headquarters of the newspaper in Chowringhee.

He also wrote for the Evening Standard and the Daily Telegraph, where he was appointed Deputy Editor in 1950. He was Editor of Punch magazine from 1953 to 1957, a challenging appointment for one who claimed that "there is no occupation more wretched than trying to make the English laugh". One of his first acts was to sack the Illustrator E. H. Shepard. In 1957 he received public and professional opprobrium for criticism of the British monarchy in a US magazine, The Saturday Evening Post. Given the title "Does England Really Need a Queen?", its publication was delayed by five months to coincide with the Royal State Visit to Washington, D.C. taking place later in the year. While the article was little more than a rehash of views expressed in a 1955 article "Royal Soap Opera", its timing caused outrage back in Britain, and he was sacked for a short period from the BBC, and a contract with Beaverbrook newspapers was cancelled. His notoriety propelled him into becoming a better-known broadcaster with a reputation as a tough interviewer.

His book Tread Softly for You Tread on My Jokes (1966), though acerbic in its wit, revealed a serious view of life. The title is an allusion to the last line of the poem Aedh Wishes for the Cloths of Heaven by william Butler Yeats: "Tread softly because you tread on my dreams." In 1967, he preached at Great St Mary's, Cambridge, and again in 1970.

Having been elected rector of Edinburgh University, Muggeridge was goaded by the Editor of The Student, Anna Coote, to support the call for contraceptive pills to be available at the University Health Centre. He used a sermon at St. Giles' Cathedral in January 1968, to resign the post in protest against the Student Representative Council's views on "pot and pills". This sermon was published under the title "Another King".

An agnostic for most of his life, he became a Christian, publishing Jesus Rediscovered in 1969, a collection of essays, articles and sermons on faith. It became a best seller. Jesus: The Man Who Lives followed in 1976, a more substantial work describing the gospel in his own words. In A Third Testament, he profiles six spiritual thinkers, whom he called "God's Spies", who influenced his life: Augustine of Hippo, william Blake, Blaise Pascal, Leo Tolstoy, Dietrich Bonhoeffer, and Søren Kierkegaard. In this period he also produced several BBC religious documentaries, including In the Footsteps of St. Paul.

Muggeridge became a leading figure in the Nationwide Festival of Light in 1971, protesting against the commercial exploitation of sex and violence in Britain and advocating the teaching of Christ as the key to recovering moral stability in the nation. He said at the time: "The media today—press, television, and radio—are largely in the hands of those who favour the present Gaderene slide into decadence and Godlessness."

Muggeridge was also known for his wit and profound writings, often at odds with the opinions of the day: "Never forget that only dead fish swim with the stream", he liked to quote. He wrote two volumes of an autobiography called Chronicles of Wasted Time (the title is a quotation from Shakespeare's sonnet 106). The first volume (1972) was The Green Stick. The second volume (1973) was The Infernal Grove. A projected third volume The Right Eye covering the post-war period was never completed.

In 1979, along with Mervyn Stockwood, then Bishop of Southwark, he called John Cleese and Michael Palin "dishonest" during an edition of the chat show Friday Night, Saturday Morning. Muggeridge declared their film Life of Brian to be "buffoonery", "tenth-rate", "this miserable little film", and "this little squalid number". Muggeridge regarded the film as blasphemous, despite having arrived late for the showing, according to Palin, thus missing the two scenes in which Jesus and Brian were shown as two separate people at the same time. The comedians expressed disappointment in Muggeridge, whom all in Monty Python had previously respected as a satirist. Cleese said that his reputation had "plummeted" in his eyes, while Palin commented, "He was just being Muggeridge, preferring to have a very strong contrary opinion as opposed to none at all."

In 1982, aged 79, he was received into the Catholic Church along with his wife Kitty. This was largely under the influence of Mother Teresa, about whom he had written a book, Something Beautiful for God, setting out and interpreting her life. His last book Conversion (1988) describes his life as a 20th-century pilgrimage, a spiritual journey.

In his book The Missionary Position: Mother Teresa in Theory and Practice and also in a 1994 documentary entitled Hell's Angel the Journalist Christopher Hitchens derided Muggeridge as "that old fraud and mountebank". Hitchens dismissed as risible the account of a "divine light" miracle which Muggeridge said he had witnessed in Calcutta's House of the Dying. On viewing footage of the film Something Beautiful for God, Muggeridge attributed the clarity of the images to Teresa's "divine light". Although the more prosaic and realistic explanation was that the BBC cameraman had loaded a new faster film for some poorly lit indoor shots, Muggeridge promoted this "heavenly aura event" as a miracle narrative to the media. Hitchens considered that Muggeridge's subjective interpretation of the events he witnessed in Calcutta and the consequent publicity surrounding those events contributed to Mother Teresa's seraphic reputation.

An eponymous literary society was established on 24 March 2003, the occasion of his centenary, and it publishes a quarterly newsletter, The Gargoyle. The Malcolm Muggeridge Society, based in Britain, is progressively republishing his works. Muggeridge's papers are in the Special Collections at Wheaton College, Illinois.

In November 2008, on the 75th anniversary of the Ukraine famine, both Muggeridge and Jones were posthumously awarded the Ukrainian Order of Freedom to mark their exceptional services to the country and its people.

Malcolm Muggeridge's predatory behavior towards women during his BBC years was brought to the attention of the public by a book about the recent history of the BBC. He is described as a "compulsive groper" reportedly being nicknamed "The Pouncer" and as "a man fully deserving of the acronym NSIT – not safe in taxis". However, while confirming the facts and the suffering inflicted on his family as a result, his niece underlines that he totally changed his behavior when he converted to Christianity in the 1960s.

He took to frequently denouncing the new sexual laxity of the swinging sixties on radio and television. He particularly railed against "pills and pot"—birth control pills and cannabis. He was contemptuous of the Beatles.