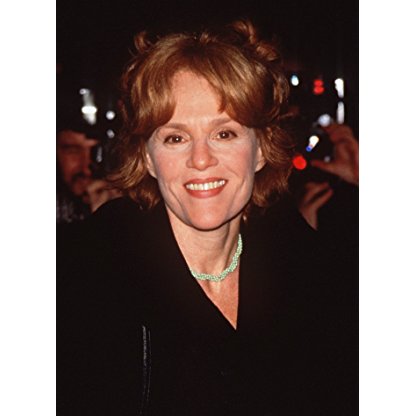 Madeline Kahn was born on September 29, 1942 in  Chelsea, Massachusetts, United States, is Actress, Soundtrack. Madeline Kahn was born Madeline Gail Wolfson on September 29, 1942 in Boston, Massachusetts, to Freda (Goldberg) and Bernard B. Wolfson, a garment manufacturer. She was of Russian Jewish descent. Madeline began her acting career in high school and went on to university where she trained as an opera singer and starred in several campus productions, ultimately earning a doctorate in her chosen field. Her finest years came in Paper Moon (1973) with Ryan O'Neal, which was followed the next year by Mel Brooks's outrageous Blazing Saddles (1974) as Lili Von Shtupp, a cabaret singer who was obviously based on Marlene Dietrich's performance in Destry Rides Again (1939). She was so delightful in both that Madeline was nominated for an Academy Award for Best Supporting Actress in both movies. In 1998, Madeline lent her voice to Gypsy in the wildly popular animated film A Bug's Life (1998). Tragically, on December 3, 1999, Madeline died of ovarian cancer in New York City, a disease from which she suffered for about a year while she was a cast member of Cosby (1996). The accomplished stage and screen actress was only 57 years old.
Madeline Kahn is a member of Actress 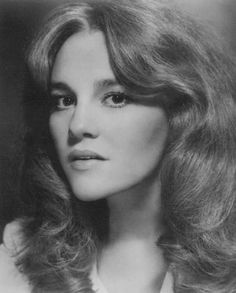 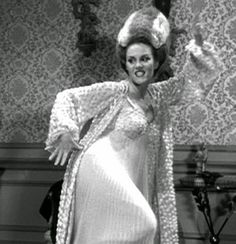 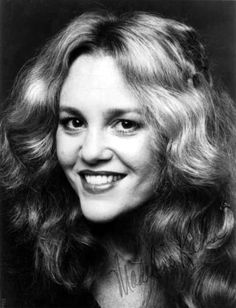 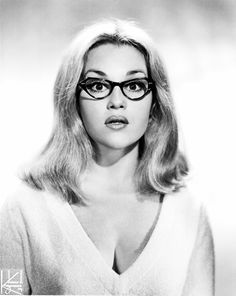 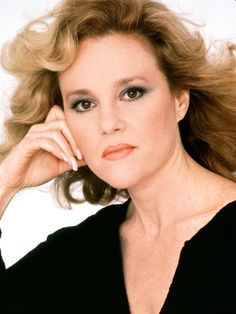 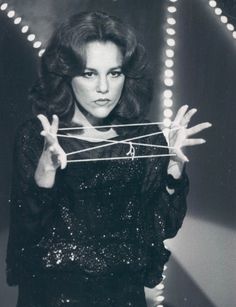 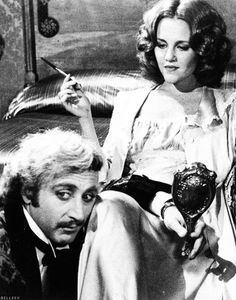 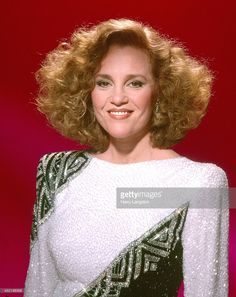 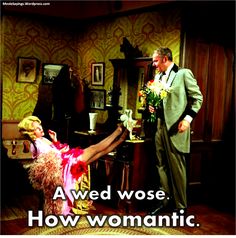 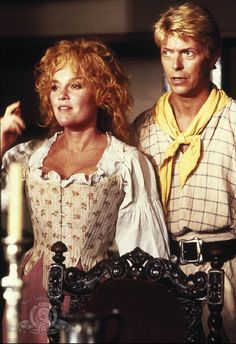 There was a really important customer there, a big Italian man, who shouted out to me, "Sing Madame Butterfly", and of course he didn't mean the whole opera. He meant that one very popular aria, "un Bel Di". So if I was to come back the next summer to earn more money during the next year I'd better know that aria. You know, and I didn't know anything about it; I just learned that one aria and a few others and then one thing led to another and I studied that, and I discovered that I could sing that, sort of, that way. But my first actual thing that I did was Candide for Leonard Bernstein's 50th birthday at Philharmonic Hall—at the time that's what it was called. And I don't know if that was an opera, but it was very hard to sing. I actually have done Musetta in La Bohème a long time ago in Washington, DC. I mean, utterly terrifying. I mean basically I feel as though I was asked to do it and I did it.

Kahn was born on September 29, 1942, in Boston, the daughter of Bernard B. Wolfson, a garment manufacturer, and his wife, Freda (née Goldberg). She was raised in a nonobservant Jewish family. Her parents divorced when Kahn was two, and her mother and she moved to New York City. In 1953, Freda married Hiller Kahn, who later adopted Madeline; Freda eventually changed her own name to Paula Kahn. Madeline Kahn had two half-siblings: Jeffrey (from her mother's marriage to Kahn) and Robyn (from Bernard Wolfson's second marriage).

In 1948, Kahn was sent to the progressive Manumit boarding school in Bristol, Bucks County, Pennsylvania. During that time, her mother pursued her acting dream. Kahn soon began acting herself, and performed in a number of school productions. In 1960, she graduated from Martin Van Buren High School in Queens, and then earned a drama scholarship to Hofstra University on Long Island. At Hofstra, she studied drama, music, and speech therapy. Kahn graduated from Hofstra in 1964 with a degree in speech therapy. She was a member of a local sorority on campus, Delta Chi Delta. She later studied singing in New York City with Beverley Peck Johnson.

Kahn began auditioning for professional acting roles shortly after her graduation from Hofstra; on the side, she briefly taught public school. Just before adopting the professional name Madeline Kahn (Kahn was her stepfather's surname), she made her stage debut as a chorus girl in a revival of Kiss Me, Kate, which led her to join Actors' Equity. Her part in the flop How Now, Dow Jones was written out before the 1967 show reached Broadway, as was her role as Miss Whipple in the original production of Promises, Promises.

Kahn's film debut was in the 1968 short De Düva (The Dove). Her feature debut was as Ryan O'Neal's hysterical fiancée in Peter Bogdanovich's screwball comedy What's Up, Doc? (1972) starring Barbra Streisand. Her film career continued with Paper Moon (1973), for which she was nominated for an Academy Award for Best Supporting Actress.

She made her Broadway debut in 1969 with Leonard Sillman's New Faces of 1968. In 1968, she also performed her first professional lead in a special concert performance of the operetta Candide in honor of Leonard Bernstein's 50th birthday. In 1969, she appeared off Broadway in the musical Promenade.

Kahn's roles were primarily comedic rather than dramatic, though the 1970s found her originating roles in two plays that had both elements: 1973's In the Boom Boom Room on Broadway and 1977's Marco Polo Sings a Solo Off-Broadway.

Kahn was cast in the role of Agnes Gooch in the 1974 film Mame, but star Lucille Ball fired Kahn due to artistic differences. (Several of Ball's biographies say Kahn was eager to be released from the role so that she could join the cast of Blazing Saddles, a film about to go into production; however, Kahn stated in a 1996 interview with Charlie Rose that she was fired.)

In 1975, Kahn again teamed with Bogdanovich to co-star with Burt Reynolds and Cybill Shepherd in the musical At Long Last Love. The film was a critical and financial disaster, but Kahn largely escaped blame for the film's failure. Also in 1975, she teamed again with Gene Wilder for his comedy The Adventure of Sherlock Holmes' Smarter Brother. In 1978, Kahn's comic screen persona reached another peak with Neil Simon's The Cheap Detective (1978), a spoof of both Casablanca and The Maltese Falcon, directed by Robert Moore.

After her success in Brooks' films, she played in a number of less successful films in the 1980s. She played Mrs. White in 1985's Clue. Other roles included a cameo in 1979's The Muppet Movie, First Lady Mrs. Link in the 1980 spoof First Family, a twin from outer space in the Jerry Lewis sci-fi comedy Slapstick of Another Kind (1982), the love interest of Burt Reynolds in the crime comedy City Heat (1984), the animated film My Little Pony: The Movie (1986) and the holiday farce Mixed Nuts (1994). She voiced the character Gussie Mausheimer in the animated film An American Tail. According to Animator Don Bluth, she was cast because he was "hoping she would use a voice similar to the one she used as a character in Mel Brooks' Blazing Saddles."

In 1983, she starred in her own short-lived TV sitcom, Oh Madeline, which ended after one season due to poor ratings. In 1986 she starred in ABC Comedy Factory's pilot episode of Chameleon, which never aired on the fall schedule. In 1987, Kahn won a Daytime Emmy award for her performance in the ABC Afterschool Special Wanted: The Perfect Guy.

Kahn returned to the stage in the Judy Holliday role in the 1989 Broadway revival of Born Yesterday, and was nominated for the Tony Award for Best Actress in a Play.

Kahn played Molly Ringwald's mother in the 1990 film Betsy's Wedding. Kahn played the corrupt mayor in a benefit concert performance of Anyone Can Whistle in 1995. She appeared in Nixon as Martha Beall Mitchell (1995).

Later in her career, she played Dr. Gorgeous in Wendy Wasserstein's 1993 play (on Broadway), The Sisters Rosensweig, a role which earned her a Tony Award for Best Actress in a Play.

She participated in a workshop reading of Dear World at the Roundabout Theatre Company in June 1998, reading the part of Gabrielle. In the early 1990s, Kahn recorded a voice for the animated movie The Magic 7. Her most notable role at that time was on the sitcom Cosby (1996–1999) as Pauline, the eccentric friend. She also voiced Gypsy the moth in A Bug's Life (1998).

Kahn developed ovarian cancer in 1998. She underwent treatment, continued to work on Cosby, and married John Hansbury in October 1999. The disease spread rapidly, and she died on December 3, 1999, at age 57. Her body was cremated. A bench dedicated to her memory was erected in Central Park by her husband and her brother, Jeffrey Kahn.

A close succession of comedies — Blazing Saddles (1974), Young Frankenstein (1974), and High Anxiety (1977) — were all directed by Mel Brooks, who was able to bring out the best of Kahn's comic talents. Their last collaboration was 1981's History of the World, Part I. For Blazing Saddles, she was again nominated for an Academy Award for Best Supporting Actress. In the April 2006 issue of Premiere magazine, her performance as Lili von Schtüpp in Saddles was selected as number 74 on its list of the 100 greatest performances of all time.