Madame de Montespan was born on October 05, 1640 in Lussac-les-Châteaux, French, is Maîtresse en titre of Louis XIV. Françoise-Athénaïs de Rochechouart de Mortemart known as Madame de Montespan was a famous ‘maîtresse en titre’ of the King of France Louis XIV for thirteen years. Originally a member of the ‘House of Rochechouart’, she had a strong influence inside the court during her romantic association with the King and was considered as the ‘true Queen of France’ by many. She was the wife of Louis Henri de Pardaillan de Gondrin, Marquis of Montespan with whom she had two children. She eventually became the mistress of King Louis XIV after being appointed lady-in-waiting of the King’s wife, Marie-Thérèse. Madame de Montespan had seven children with the King, the first one, a girl died young while the other six were later legitimated. Her husband was exiled to Guyenne as he did not approve of her extra-marital relationship and was later officially separated from her. She lost her position in the eyes of the King when her notorious ‘Affaire des Poisons’ and association with the witch La Voisin was uncovered. Many suspected her of resorting to magical potions and even poisoning Angélique de Fontanges. Though she remained at the court, the King’s affection shifted to Madame de Maintenon. She later moved from Paris and settled at the convent of Saint-Joseph where she remained a superior. Many of the European royal houses of Italy, Portugal, Bulgaria and Spain had an ancestral lineage with her.
Madame de Montespan is a member of Historical Personalities 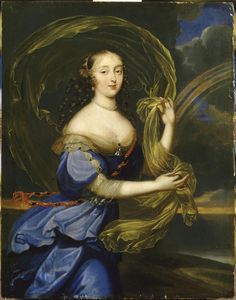 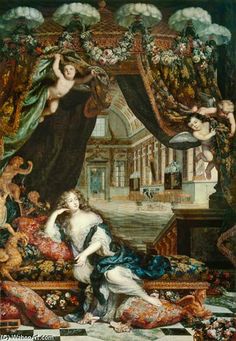 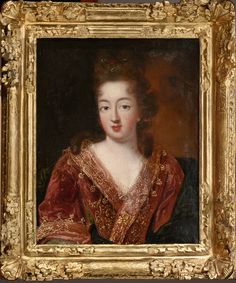 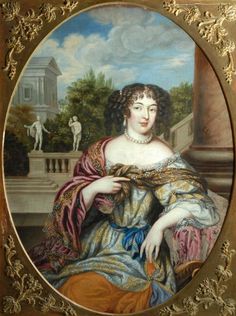 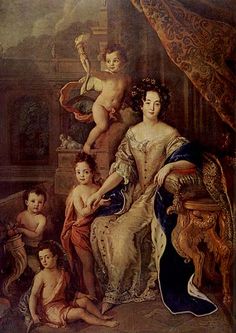 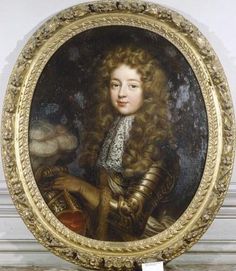 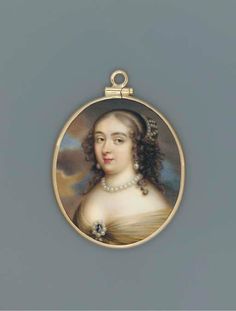 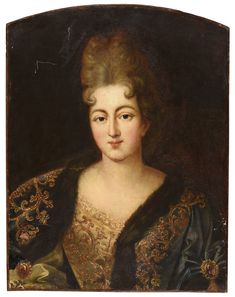 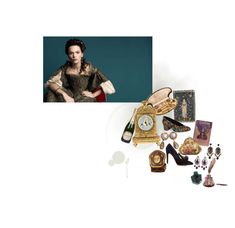 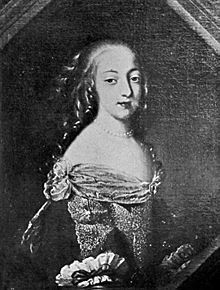 Is this the Madame that scandalises all France? Go abandon your shocking life and then come throw yourself at the feet of the ministers of Jesus Christ.

Françoise-Athénaïs was born on 5 October 1640 and baptised the same day at the Château of Lussac-les-Châteaux in today's Vienne department, in the Poitou-Charentes region in France. Françoise (as a précieuse, she later adopted the name "Athénaïs"), or more formally, Mademoiselle de Tonnay-Charente, possessed the blood of two of the oldest noble families of France through her parents, Gabriel de Rochechouart, Duke of Mortemart, Prince of Tonnay-Charente, and Diane de Grandseigne, a lady-in-waiting to Anne of Austria, Queen consort of France.

On 28 January 1663, Françoise-Athénaïs married Louis Henri de Pardaillan de Gondrin, Marquis of Montespan, who was one year her junior. Madame de La Fayette says in her Histoire de madame Henriette d'Angleterre that Françoise-Athénaïs was in love with another young man, Louis de La Trémoille, who was the elder son and heir to the Duc de Noirmoutier (one of the Leaders of the Fronde). However, La Tremouille had to flee to Spain after a disastrous duel, and Françoise-Athénaïs was betrothed to Montespan. The wedding ceremony took place in a chapel at the Église Saint-Eustache in Paris. Françoise later recounted that as she had neglected to bring along the proper kneeling cushions for the ceremony, the couple had to kneel on dog cushions. She soon became pregnant with her first child, Christine. Two weeks after her daughter's birth she danced in a Court Ballet, and less than a year later her second child was born. The Montespan children were:

Long assumed to have been involved in the infamous Affaire des Poisons, Madame de Montespan has never been conclusively implicated. Gabriel Nicolas de La Reynie, Paris' first Lieutenant General of Police and the chief judge of the court, before whom the famous poisoning cases were brought, heard testimony that placed Madame de Montespan's first visits to the so-called witch Catherine Monvoisin, known as La Voisin, in 1665. According to this testimony, they repeatedly carried out rituals that would create a special potion for the King. The witch and the Madame de Montespan would call on the devil, and pray to him for the King's love. As a way to express her gratitude for her request, they sacrificed a newborn's life by slitting its throat with a knife. Next, the baby's body would be crushed, and the drained blood and mashed bones would be used in the mixture. Louis's food was tainted in this way for almost thirteen years, until the witch was captured after a police investigation where they uncovered the remains of 2,500 infants in La Voisin's garden. Even though no evidence that the garden search ever actually happened are found. In 1666, Madame de Montespan supposedly went so far as to allow a priest, Étienne Guibourg, to perform a black mass over her nude body in a blood-soaked ceremony, which was also said to have included infant sacrifice. Whatever the truth in these allegations, in July 1667, Madame de Montespan became the king's new mistress even though Louise was carrying his child, Louis de Bourbon, comte de Vermandois.

By 1666, Madame de Montespan was trying to take the place of Louis XIV's current mistress, Louise de La Vallière. Using her wit and charm, she sought to ingratiate herself with the king. She also became close to the Dauphin, whose affection for her never wavered. Even though Louise de La Vallière knew that Montespan was trying to conquer the King's heart, and reportedly laughed at her miserable efforts, she definitely underestimated her new rival. Montespan cleverly cultivated friendships with both Louise and Queen Maria Teresa, and when both ladies were pregnant, Madame de Montespan was asked to help them entertain the King during private dinners. Soon they regretted their decision, for Montespan now cultivated an intimate relationship with the King. Madame de Montespan was also said to have seduced the King by obligingly dropping her towel when she spotted Louis spying on her while she showered. Shortly after, Louise's position was diminished to second place. To conceal his new relationship, the King placed the ladies in connected rooms they had to share, so he could have access to both. Later, humiliated Louise joined a convent and the spotlight belonged now to the twenty-five-year-old Athenais de Montespan.

As the king's official mistress, Madame de Montespan frequently joined the rest of the court as it escorted the king as he waged his many wars against the Dutch and Austrians. Below is a picture of one of the court processions. It shows Louis XIV and his wife, Queen Marie-Thérèse, in Arras in 1667 during the War of Devolution.

The first of Madame de Montespan's seven children with the king was born in 1669. The newborn child, a girl, is thought to have been named Louise-Francoise. The upbringing of this first child (and subsequent children) was entrusted to one of Madame de Montespan's friends, Madame Scarron (the Future marquise de Maintenon). A son, Louis-Auguste, was born in 1670. When the third child, Louis-César, was born in 1672, a house was purchased for Scarron and the children on the Rue Vaugirard.

In 1673, the couple's three living illegitimate children were legitimated by Louis XIV and given the royal surname of de Bourbon. Their mother's name, however, was not mentioned in the legitimization documents, as Madame de Montespan was still married to her husband. If their maternal parentage had been revealed, the marquis could have legally claimed Madame de Montespan's illegitimate children with the king as his own. The eldest, a son, Louis-Auguste de Bourbon, became the duc du Maine; the second child, a son, Louis-César de Bourbon, became the comte de Vexin; and the third, a daughter, Louise-Françoise de Bourbon, became Mademoiselle de Nantes and in 1685 married the son of the head of the House of Condé, a cadet branch of the reigning House of Bourbon. As Madame de Montespan spent the majority of her time immersed in the social whirl of the court, the three had little contact with their busy mother and spent most of their childhood with their governess, Madame Scarron.

The Château de Clagny in Versailles was built between 1674 and 1680 from the drawings of Jules Hardouin-Mansart, Premier architecte du Roi, (First Architect of the King), on land bought by Louis XIV in 1665. Madame de Sévigné wrote that its construction employed 1,200 workers and the cost was no less than 2 million "livres". The royal gardener André Le Nôtre created the gardens, which looked west toward the much larger palace of Versailles, of which Clagny was a smaller version. The château de Clagny was also famed for its gallery. In 1685, Louis XIV gave the magnificent palace to Madame de Montespan. At her death, Clagny was inherited by her oldest son, the duc du Maine, who, in turn, passed it on to his son, Louis-Auguste de Bourbon, prince de Dombes. The château reverted to the French crown in 1766 and was demolished in 1769.

Due to her role in royal adultery, the Roman Catholic Church soon became her adversary. In 1675, the priest Lécuyer refused to give her absolution, which was necessary for her to take Easter communion, a requisite for all Catholics. Father Lécuyer raged,

The Affaire des Poisons, which erupted in September 1677, was to be the beginning of the end of the reign of La Montespan. Suspicion that Madame de Montespan might be capable of murder or worse began when the King's eye strayed to another beauty, the Duchess of Fontanges. Madame de Montespan's relegation to the position of superintendent of the Queen's household as a result brought matters to a head. Before any further developments in her romance with the King could occur, Mlle de Fontanges died in 1681. Many at the time suspected that she had been poisoned by her rival, although none could prove it. It is now believed that Mlle de Fontanges died from natural causes.

From the end of 1680 onwards, Louvois, Jean-Baptiste Colbert and Madame de Maintenon all helped to hush up the affair in order to prevent further scandal about the mother of the king's legitimised children. Concerning the king's need to avoid shocking scandal, Police Chief La Reynie said:

Louis XIV also had a pleasure pavilion, called the Trianon de porcelaine built for Madame de Montespan, and surrounded by gardens, on the site of the former hamlet of Trianon which he had purchased near the Palace of Versailles. It was meant as a hideaway for the couple. Because of the fragility of the earthenware tiles used in its construction, the Trianon de porcelaine was demolished in 1687 and replaced by the Grand Trianon of pink marble (marbre rose des Pyrénées).

In 1691, no longer in royal favour, Madame de Montespan retired to the Filles de Saint-Joseph convent, in the rue Saint-Dominique in Paris, with a pension of half a million francs. In gratitude for her departure, the king made her father the governor of Paris and her brother, the duc de Vivonne, a marshal of France. Louis had previously made one of her sisters, Gabrielle, whose vows were only six years old, the abbess of the wealthy Fontevraud Abbey. Gabrielle was appointed abbess in 1670 and it is said that her beauty, her wit and her knowledge surpassed by far Athenais qualities. The King wanted her to stay longer times at court but Gabrielle always declined and stayed only for very short times.

The last years of Madame de Montespan's life were given up to a very severe penance. Real sorrow over her death was felt by her three youngest children. She died on 27 May 1707 at the age of almost sixty-seven while taking the waters at Bourbon-l'Archambault in order to try to heal an illness. The king forbade her children to wear mourning for her.