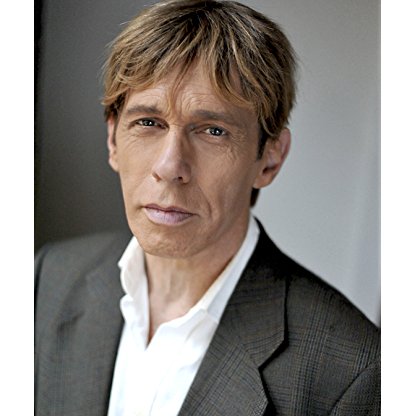 Mackenzie Gray was born on November 22, 1957 in  Toronto, Canada, is Actor, Miscellaneous Crew, Producer. Mackenzie Gray was born and raised in Toronto. A professional actor for over 40 years, he has appeared in over 150 films and television shows. As of 2017, he is a series regular on the Marvel/FX Series Legion (2017) playing "The Eye" and is a recurring cast member on both the CW series Riverdale (2016) as "The Pathologist" and plays "The Time Master" on DC's Legends of Tomorrow (2016).Since moving to Vancouver in 1998 as a series lead for the television series The Net (1998), he has appeared as a guest star in scores of Vancouver or Calgary-filmed productions, recently including the BBC America/Netflix series Dirk Gently's Holistic Detective Agency (2016), Fargo (2014), R.L. Stine's The Haunting Hour (2010), Alcatraz (2012), and Project Mc² (2015). He returned to Toronto to Guest-Star in the series Nanh Vuot (2014).Guest-Starring roles include "John Amos" in If There Be Thorns (2015), "David Bowie" in Some Assembly Required (2014), "Lex Luthor" in Season 10 of Thi Tran Smallville (2001), "The Djiin" in Sieu Nhien (2005), "The Observer" in the series finale of Giai Ma Ky An (2008), as the Devil, in the form of Keith Richards, in R.L. Stine's The Haunting Hour (2010), as a Southern U.S. Senator opposed to Civil Rights in the mini-series The Kennedys (2011) and as a Graphic Novelist with a dark secret again in R.L. Stine's The Haunting Hour (2010).Other Guest-Star or Lead roles include work on the TV series Human Target (2010), Young Blades (2005), Da Vinci's Inquest (1998), The Collector (2004), First Wave (1998), So Weird (1999), Ngay Xua Ngay Xua (2011), True Justice (2010), The Bridge (2010), Sanctuary (2008), Psych (2006), Kyle XY (2006), The L Word (2004), Romeo! (2003), The Twilight Zone (2002), Babylon 5: The Legend of the Rangers: To Live and Die in Starlight (2002), Big Sound (2000), Andromeda (2000), Cold Squad (1998), Voyage of the Unicorn (2001) and Welcome to Paradox (1998).Mackenzie was recently seen on the big screen in Warcraft (2016), and was celebrated around the world for his portrayal of "Jax-Ur" in Warner Brothers' Zack Snyder-directed Superman film Man of Steel (2013). He appeared as the band's Road Manager in Metallica's 3-D IMAX Feature Metallica Through the Never (2013) and appeared in Terry Gilliam's The Imaginarium of Doctor Parnassus (2009). Other feature film work includes co-starring roles in Grave Encounters (2011), Shooter (2007), Storm Seekers (2009), Riddles of the Sphinx (2008), Destination: Infestation (2007), Joy Ride 2: Dead Ahead (2008), Strip Search (1997), Christmas on Chestnut Street (2006), 2103: The Deadly Wake (1997), Word of Honor (2003), The Hitcher II: I've Been Waiting (2003), Falling Fire (1997), In Her Mother's Footsteps (2006), Hard Ride to Hell (2010), Shepherd (1998), Fugitives Run (2005), Replikator (1994) and The Long Kiss Goodnight (1996).He co-produced and acted in the upcoming feature film Heart of Clay (2017), and the award-winning feature film Poe: Last Days of the Raven (2008). Mackenzie has written, produced and directed 7 short films. His Crazy 8's Film Noir short Under the Bridge of Fear (2013) screened at Cannes Court Métrage at The Cannes Film Festival, the Vancouver International Film Festival, the Whistler Film Festival and was broadcast by the CBC. It was nominated for 10 LEO Awards, winning one. Mackenzie has been nominated for many awards and is a 16-time Leo Award "Best Actor" nominee. He composed and recorded the theme songs and score for the films Graceland and My Mind's Eye and is composing the songs for the upcoming feature Earthlickers.Mackenzie also works extensively as a "voice" performer. He is the voice of "Obadiah Stane" in Marvel Comics' series Iron Man: Armored Adventures (2008), "Gramorr" in LoliRock (2014), and has recurring roles on the animated TV series Tetsujin, Stargate: Infinity (2002), Action Man (2000), Madeline, Evolution and NASCAR Racers (1999). He has also recorded several lead roles in animated feature films. Notable among these are "Long John Silver" in Treasure Island, "Professor Henry" in Madeline: My Fair Madeline (2002) and the dual lead roles of "Doctor Nightingale" and "Adrian Rourke" in Groove Squad (2002). Other animated work includes Tony Hawk, Ben Hur (2003) (with Charlton Heston) and Ark (2005), Master Keaton (1998), Sherlock Holmes in the 22nd Century (1999), Lost Continent, Mary-Kate and Ashley in Action! (2001) and Journey to the Center of the Earth. He has created many voices for Video Games, is the lead in the new Black Orchid XBox Game and several characters in the latest edition of Dawn of War.Mackenzie has worked on stage in Canada, Britain and in the United States in hundreds of plays, musicals and cabarets. He was recently seen onstage as "Steve" in the Pulitzer Prize-winning 'August: Osage County' at The Stanley Theatre in Vancouver. Recently, he played several roles in the Tom Waits/William S. Burroughs award-winning hit rock opera 'The Black Rider', in Toronto and Vancouver. He has played lead roles in many plays, including 'Bloody Poetry', 'The Rocky Horror Show', 'Jacob Two-Two Meets the Hooded Fang', 'Boxing Shakespeare', 'Playing With Fire', 'The Threepenny Opera', 'Danton's Death' and Videocabaret's multiple-award-winning plays 'The Great War' and 'The Life and Times of Mackenzie King'. Shakespearean work includes lead roles in 'Much Ado About Nothing', 'Macbeth', 'The Winter's Tale', 'Troilus and Cressida', and 'Romeo and Juliet'.Mackenzie wrote, scored and directed the play/musical 'Math Out Loud' which will tour across Canada this year. He has directed at The Stratford Festival and the Canadian Stage Company, wrote and directed the Ballet/Opera 'The Snow Maiden' at The Royal Alexandra Theatre, produced the award-winning hit play 'Unidentified Human Remains and the True Nature of Love' in Toronto and has directed and produced over 25 plays. He is a former board member and Director of the Performers Branch of the Academy of Canadian Cinema and Television.Mackenzie is a 16-time Leo Award "Best Actor" nominee, a 2-time Dora Award nominee, recently winning two Leo Awards for his work on the TV series Spooksville (2013) and Nanh Vuot (2014) and has won or been nominated for many awards in his various disciplines.
Mackenzie Gray is a member of Actor 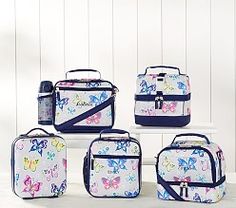 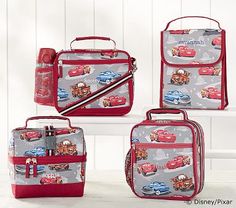 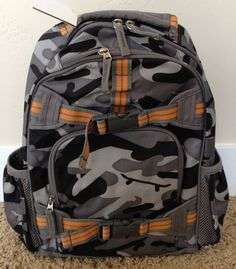 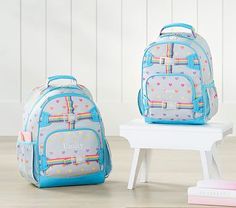 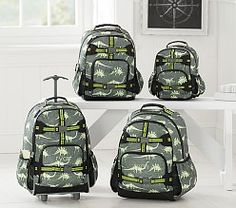 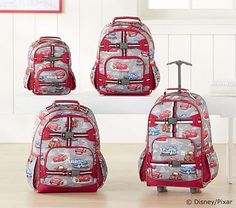 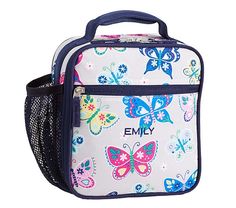 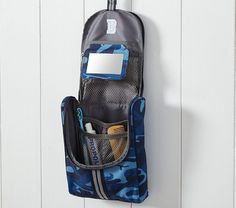 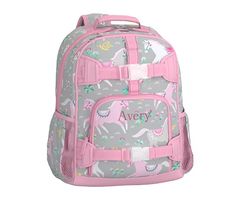 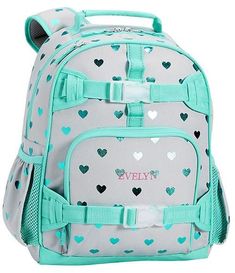 Gray was born in Toronto. After studying and working in London, UK, he completed his training at the University of Toronto. He performed in independent films in the UK, but his first North American feature film was The Wars in 1983. A professional actor for over 30 years, he has worked on stage numerous times in Britain, Canada and the United States. He has also appeared in over 130 films and television shows and was a series lead on a major US network. Gray has also done voiceover work for animated series, documentaries and video games. In addition to performing, Gray is a Director, Writer and Producer in film and theatre. He wrote vignettes and "shorts" for several episodes of Sesame Street from 1984 to 1986.

Gray also has a musical background. He was the lead singer and rhythm Guitarist of the Toronto rock band The Fridge Stickers. Mackenzie has composed and recorded many songs, incidental music and scores for films, TV shows and web features. In 2008, he co-produced the award-winning feature film Poe: Last Days of The Raven. He taught Film History at The Art Institute of Vancouver for 5 years and teaches Acting for Film at The University of British Columbia. He was a sitting member of the board of Directors of the Academy of Canadian Cinema and Television for 4 years, as well as a voting member. He also served on the Western Gemini 2006 Committee for that year's Gemini Awards.

Gray has appeared multiple times in Superman media, including twice in the television series Smallville, notably as an older clone of Lex Luthor; and as Kryptonian scientist Jax-Ur in Man of Steel. He played Fangtom in the 2011 animated series Ninjago: Masters of Spinjitzu, and also took the lead role of Dr. Hitz in the 2016 short film 2BR02B: To Be or Naught to Be based on the short story by Kurt Vonnegut. He also provided the voice for the main villain, Gramorr, in the first two seasons of LoliRock. In 2017, Gray voices Dandy Grandeur in the My Little Pony: Friendship Is Magic season seven episode "Fluttershy Leans In". He currently portrays Walter/The Eye on the FX television series Legion.