M83 was born, is Soundtrack, Composer. It looks like we don't have any Biography for
M83 is a member of Soundtrack

The band's musical aesthetic is characterized by extensive use of reverb effects and lyrics spoken softly over loud instruments. Gonzalez has been inspired by aspects of The American Dream (band) and his songs have been outlined as themed around "adult-scripted teen dreams". Inspiration for the 1980s style found in much of Gonzalez’s music includes bands such as My Bloody Valentine, Pink Floyd, and Tangerine Dream. Between various electronic music properties and album artwork, M83’s style includes a mix of both contemporary pop and 1980s dream pop.

In spring 2001, M83 released its self-titled debut album recorded on an 8-track while Gonzalez was still in college. The release did not attract much attention outside Europe until September 2005, when Mute Records reissued the album for a worldwide release. M83's second album Dead Cities, Red Seas & Lost Ghosts followed in spring 2003 (and summer 2004 in North America) to widespread critical acclaim. After worldwide touring for Dead Cities resumed, Nicolas Fromageau left the band and formed the band Team Ghost in 2009.

Gonzalez returned to the studio to record the group's third studio album, Before the Dawn Heals Us, which was released in January 2005. The same year, M83 provided a remix of "The Pioneers" by Bloc Party, which was also included on Bloc Party's remix album Silent Alarm Remixed. M83 also remixed Placebo's "Protège-Moi", Goldfrapp's "Black Cherry", Depeche Mode's "Suffer Well", Van She's "Kelly", and The Bumblebeez's "Vila Attack". Similarly, M83's songs have been remixed by Gooom labelmates Montag and Cyann & Ben.

In 2006, after the Before the Dawn Heals Us US tour, Anthony Gonzalez continued to explore a musical direction already heard on earlier M83 tracks and began writing and recording a collection of ambient works. The album was recorded primarily at his home studio with the assistance of Antoine Gaillet. The resulting project was called Digital Shades Vol. 1, and was released in September 2007 with a sleeve illustrated by Laurent Fetis (known for his work with DJ Hell, Beck, and Tahiti 80). It is intended to be part of an ongoing series of ambient works.

In December 2008, M83 supported Kings of Leon on its UK tour. In January and February 2009, M83 supported The Killers across United States tour dates and toured with Depeche Mode on its Tour of the Universe in Italy, Germany, and France. In July, M83 appeared at the Fuji Rock Festival in Japan. In July 2009, M83 appeared at the Wexner Center in Columbus, Ohio, when there was an altercation between Gonzalez and a security guard, the band later apologized to its fans for the incident. In 2010, on the eve of turning 30, Gonzalez moved to Los Angeles.

In Spring 2010, M83 composed the score of French Director Gilles Marchand's film Black Heaven. On 5 July 2010, the Black Heaven Soundtrack was released, which included two new songs by M83 called "Black Hole" and "Marion's Theme", along with five tracks from his back catalog. The Soundtrack also includes songs from the score by Emmanuel D'Orlando, Moon Dailly and John & Jehn. However, his feelings towards the record were largely negative, leaving him depressed.

On 19 July 2011, the breakthrough single "Midnight City", the first from Hurry Up, We're Dreaming, was released for streaming and free download on the band's official website. Beginning in October, they toured North America and Europe to promote the album; Active Child supported the US leg of the tour. The album placed 3rd in Pitchfork's Top 50 Albums of 2011 list; the single "Midnight City" was placed 1st on the Top 100 Tracks list. On 26 January 2012, M83 came in at number 5 on the Triple J Hottest 100 with the single "Midnight City". The track received further exposure in 2013 as the remixed Soundtrack to the Gucci Premier fragrance television advert featuring Blake Lively.

On 28 June 2012, it was announced that M83 would compose the Soundtrack for the 2013 movie Oblivion, directed by Joseph Kosinski and starring Tom Cruise. The score was co-written with Joseph Trapanese. The Soundtrack album was released on 9 April 2013 by Back Lot Music. On 26 February 2014, a new song titled "I Need You" was included on the Divergent Soundtrack. The song "Wait" was featured in the 2014 film The Fault in our Stars. It was also featured in the "Perception" episode of Revenge in 2012, "The Backup Dan" episode of Gossip Girl in 2012, "Imperfect Circles" episode of Under the Dome in 2013 and "The World Has Turned and Left Me Here" episode of The Vampire Diaries in 2014. Also from Hurry Up, We're Dreaming, two tracks, "Another Wave from You" and "Outro", featured in the 2014 remake of The Gambler. In 2015 and 2016, British-Franco-Canadian drama Versailles, uses "Outro" as the theme title. "Outro" was also featured in the popular snowboarding documentary The Art of FLIGHT. The Italian-French film Suburra from 2015 features music by M83 extensively.

In August 2014, the first three albums produced by the band were re-released by Mute Records with additional material available separately for download. Gonzalez justified the reissues by noting that physical copies of the albums were hard to find and sold for "a ridiculous amount of money". On 2 March 2015, M83, with indie pop group Haim, released the song "Holes in the Sky" from The Divergent Series: Insurgent Soundtrack. He also participated in Jean-Michel Jarre's album Electronica 1: The Time Machine.

On 5 December 2016, it was announced that Gonzalez of M83 would be the Composer and musical Director for Cirque du Soleil's touring show, Volta. 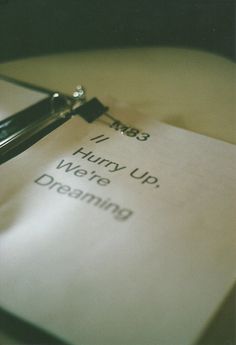 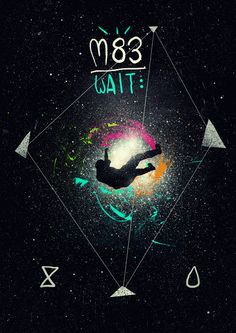 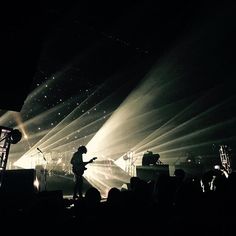 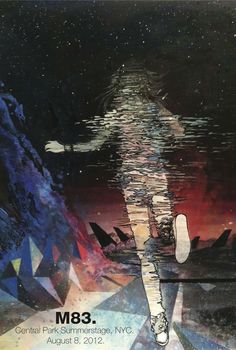 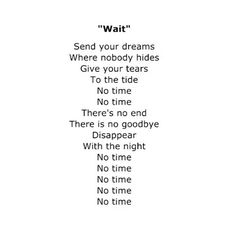 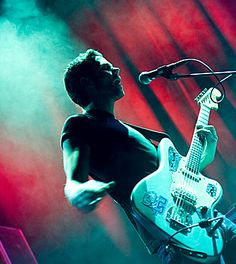 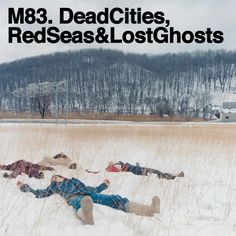 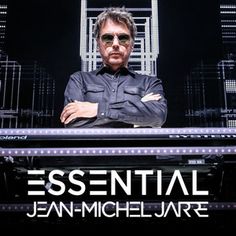 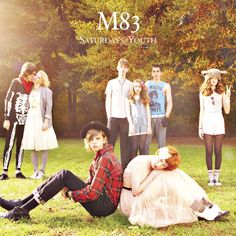