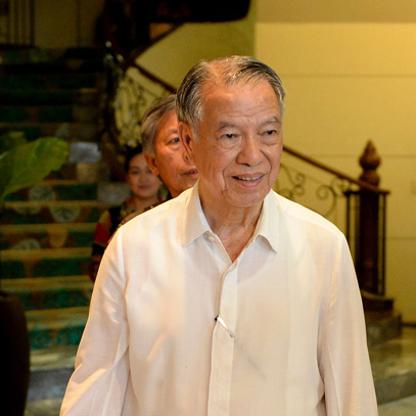 Lucio Tan was born on July 17, 1934 in Manila, Philippines, Philippines. Lucio Tan is the founder and chairman of the $1.1 billion sales LT Group, which has interests in tobacco, spirits, banking and property development. Tan started as a chemical engineer at Far East University, where he mopped floors to put himself through college. In 1982, Tan established Asia Brewery. Now a subsidiary of LT Group, the brewery was the only one then to compete with the market leader San Miguel. In April 2017 President Duterte accused Tan of owing the Philippine government nearly $600 million in taxes.
Lucio Tan is a member of Diversified 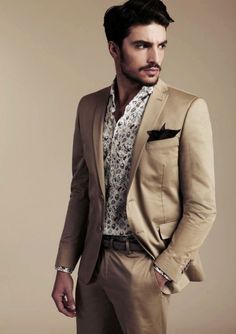 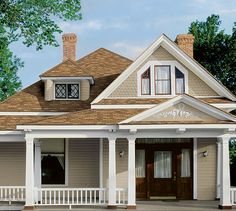 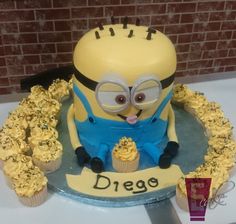 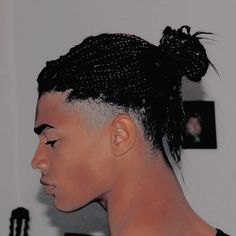 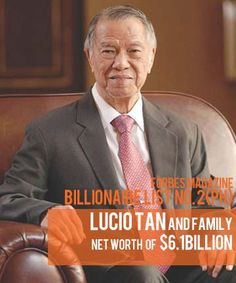 Even the accomplished suffers setbacks sometimes. The more bitter the lessons, the greater the successes will be.

After filing the case in July 1987, the PCGG seized control of Tan’s companies, continuing to do so until 2006 when the anti-graft court Sandiganbayan nullified the writs of sequestration on Allied Banking Corp., Fortune Tobacco, Foremost Farms and Shareholdings Inc. The court ruled the writs had no basis as there was no prima facie proof that any of Tan’s assets were obtained illegally.

The Presidential Commission on Good Government ("PCGG") originally filed a case against Tan in July 1987, and has since amended it twice, the last time being on 5 September 1991. According to the PCGG, the state is entitled to PHP 50 billion in damages and PHP 1 billion in legal expenses.[4] In addition, the state was seeking to recover 60% of Tan's holdings in companies that Tan held in trust for the former President Marcos – such as Fortune Tobacco, Asia Brewery, Allied Banking Corp., Foremost Farms, Himmel Industries, Grandspan Development Corp., Silangan Holdings, Dominium Realty and Construction Corp., and Shareholdings Inc. – as the PCGG alleges that they were illegally acquired by Marcos using government funds.

In 1997, Forbes, in an article entitled "A report card on Asia" complained about the "considerable corruption still prevalent" in the Philippines, bolstering that claim by citing how Tan "single-handedly held up a tax reform intended to remove special privileges for local tobacco and beer producers."

In 1998, Forbes' reported that Tan was spending his free time "[j]ousting with the government over charges of tax evasion" and with Philippine Airlines "shareholders who tried to block his bid for the airline."

The PCGG soon afterwards filed a petition to the Supreme Court. On December 7, 2007, the Supreme Court affirmed the decision of the anti-graft court. The Supreme Court found no proof that Tan, his family, or his various businesses took undue advantage of their relationship with former President Marcos. Finding no factual basis for the sequestration of the stocks, the Supreme Court denied the PCGG’s petition, according to a court statement.

In an April 29, 2009, letter filed at the anti-graft court, the PCGG announced that it is "resting its case" and terminating its presentation of evidence in the PHP 51 billion lawsuit. This, the report said, came as a surprise as government lawyers had earlier insisted in court that they still have several key witnesses, including former First Lady Imelda Marcos.

The same article also said that one of the three judges who ruled in favour of Fortune Tobacco was Manuel Gruba, the brother of Lily Gruba, one of Tan's lawyers in the case. It was later rumoured, the article said, that President Estrada allowed Tan to name the new BIR Commissioner to replace Chato. Beethoven Rualo, a close associate of Tan, was eventually chosen for the role. Within five months of Rualo's appointment, two tax evasion charges against Tan's firms that Chato had been pursuing – one against Allied Bank for PHP 338 million, and another against Fortune Tobacco for PHP 8 billion – were reduced to zero and PHP 5 million respectively.