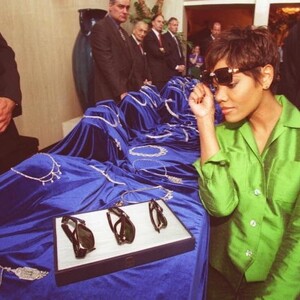 Best known around the world for her work as an on-air correspondent for Entertainment Tonight (1996-1999), she is also an actress who has appeared in a number of series and feature films. Canning hosted the talent search show Destination Stardom (1989) for the PAX Network. Her television acting credits include a recurring role on General Hospital (1963) as well as episodic appearances on series such as The Cosby Show, Veronica's Closet and High Incident. She also co-hosted ABC's late night talk show Into the Night (1990), ABC's 2000 Live Emmy Pre-show and the syndicated series Knights and Warriors. Her feature film credits include Alan Smithee Film: Burn Hollywood Burn, An (1997) and Scream (1996), in which she played the masked reporter. Canning currently lives in Los Angeles and is married to Harold Austin. In her spare time, she likes to travel, practice yoga and work with underprivileged children.