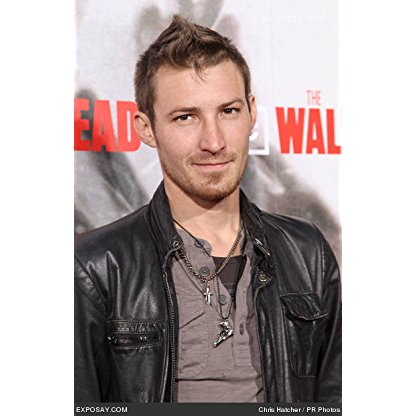 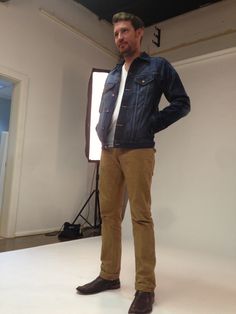 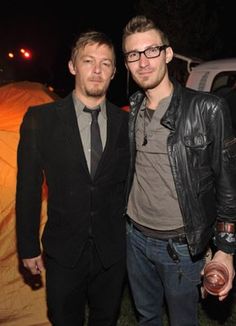 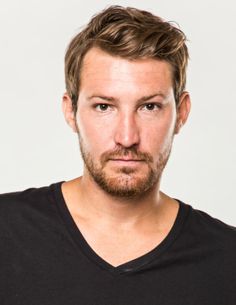 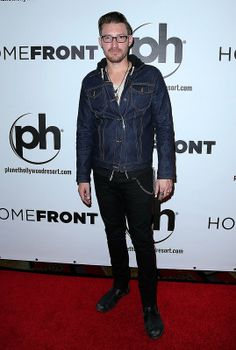 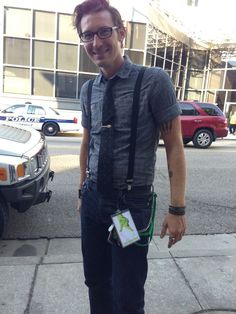 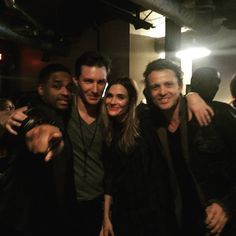 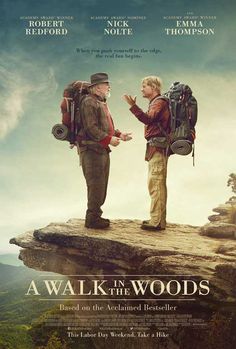 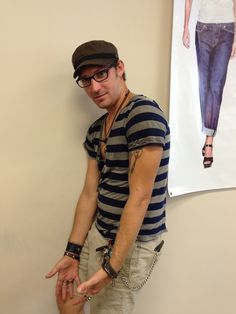 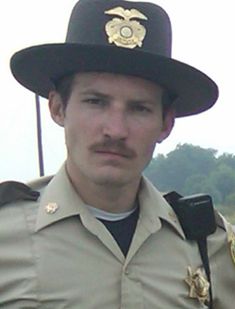 Although you and I discussed before about continuing to have Zahorian at our events as the doctor on call, I think that is now not a good idea. Vince agreed, and would like for you to call Zahorian and to tell him not to come to any more of our events and to also clue him in on any action that the Justice Department is thinking of taking.

Shortly after her high school graduation, Vince asked her to marry him. They married on August 26, 1966, when she was 17. She enrolled at East Carolina University in 1966, where she obtained a bachelor's degree in French, and gained certification to teach. From 1968–1971, Vince worked as a traveling cup salesman before joining his father's company, the World Wide Wrestling Federation (WWWF, now WWE). Linda finished college in three years so she could graduate together with Vince. Their son Shane was born in 1970, followed by daughter Stephanie in 1976.

In 1969 the McMahons moved to Gaithersburg, Maryland. McMahon worked as a receptionist at the corporate law firm of Covington & Burling. She translated French documents and trained as a paralegal in the probate department. McMahon learned a great deal about intellectual property rights, which she found useful in her later career.

Financially, the couple fared poorly for several years, and in 1976, while pregnant with Stephanie, McMahon and her husband filed for bankruptcy. They briefly received food stamps, until her husband took on a 90-hour-a-week job at a quarry.

By 1979 Vince decided to start his own wrestling company. He purchased the Cape Cod Coliseum in Massachusetts and founded Titan Sports, Inc. in 1980. The McMahons held small hockey and other sporting events in addition to wrestling at the Cape Cod Coliseum. At one point, Linda cooked meatball sandwiches to feed the fans at these sporting events. As the company grew, Linda assisted Vince with administration and used her knowledge of intellectual property law to assist in trademark protection for the company. During much of those early years, she personally had little interest in professional wrestling.

During the 1980s, the WWF successfully overcame considerable opposition and some media ridicule in lobbying for deregulation in Connecticut, Delaware, Michigan, New Jersey, California, Florida, Pennsylvania, and Texas. By 2000, fewer than half of the 50 states had athletic regulations on the wrestling industry.

In 1982, Vince McMahon purchased Capitol Wrestling, better known as the World Wide Wrestling Federation (WWWF), from his father. This made Vince the owner of a significant regional wrestling company, well-established in the Northeast. He later expanded his market by airing WWF shows on national television. In 1983 the McMahons moved to Greenwich, Connecticut; the couple have six grandchildren.

One of her major interests in WWF and WWE was product merchandising. She negotiated many of the company's Business deals with outside vendors, establishing the company's first line of action figures, Wrestling Superstars, in 1984. It was a first in the wrestling industry and helped expand the company's popularity to children. In more recent years, she was the primary negotiator for the World Wrestling Federation's 2000 TV deal with Viacom.

The McMahons began supporting the Special Olympics in 1986. McMahon first developed an interest in the Olympics from her friendship with NBC Producer Dick Ebersol and Susan Saint James, who encouraged them to participate in the mid-1980s.

In a 1989 memo to the company's Vice President, Pat Patterson, McMahon directed Patterson to fire on call physician George Zahorian and inform him of imminent legal charges charging him with steroid distribution.

She met Lowell Weicker, whose son is developmentally-disabled, through the Special Olympics. In 1995, as Connecticut Governor, Weicker appointed Linda McMahon to the Governor's Council for the World Special Olympics.

McMahon often referred to the creative side of WWE as Vince's specialty, stating that she was primarily in the management team, although she appeared in several storylines. McMahon debuted on WWF TV during the Corporate Ministry storyline, on the May 3, 1999, episode of Raw. During an interview with Fox News, she said that she often did not know what the storylines were in advance and watched events unfold as the general public did.

McMahon initiated WWE's non-partisan voter registration campaign, "SmackDown! Your Vote", in August 2000. The campaign specifically targeted the 18-to-30 voter demographic, making use of online marketing, public Service announcements, and youth voting partnerships. The campaign, which registered 150,000 new voters during the 2000 election, was started in coalition with MTV's Choose or Lose, Project Vote Smart, and Youth Vote 2000. As of the 2008 election, it listed fourteen voter registration partner organizations. During the 2008 Presidential election, Smackdown your Vote! registered many voters online, often in affiliation with Rock the Vote.

McMahon became a member of the Board of Trustees of Sacred Heart University in Fairfield, Connecticut in November 2004. She supported many organizations, including the USO, the Make-A-Wish Foundation, the Multiple Myeloma Research Foundation, the Starlight Foundation, and Community Mayors. In 2005, she won appointment to The Make-A-Wish Foundation of America National Advisory Council and received the Arthur M. Sackler Award from the Connecticut Grand Opera and Orchestra for WWE's support of its arts education program.

After Donald Trump made a appearance at WrestleMania 23 in 2007, the McMahons donated $5 million to the Donald J. Trump Foundation in addition to the payment for the appearance. In 2016, McMahon donated $6 million to Rebuilding America Now, a Super PAC with the purpose of electing Donald Trump as US President, and in 2015 and 2016 combined, $1.2 million to Future 45, a Super PAC which funded anti-Bernie Sanders advertisements.

The McMahons donated over $8 million in 2008, giving grants to the Fishburne Military School, Sacred Heart University, and East Carolina University. Nonprofit Quarterly noted the majority of the McMahons' donations were towards capital expenditures. In 2006, they paid $2.5 million for construction of a tennis facility in Ebensburg, Pennsylvania. As of 2010, she served on the board of the Close Up Foundation, a nonprofit which offers youth field trips to Washington, D.C.

On September 16, 2009, McMahon announced her candidacy for U.S. Senator from Connecticut. She announced she would spend up to $50 million of her own money to Finance her campaign and refused outside donations, the third most ever spent on a senatorial campaign. She ran for the Republican nomination, campaigning on promises of lower taxes, fiscal conservatism, and job creation. Her mail, radio, television, and Internet advertisements quickly gained name recognition and strong poll numbers over her opponents.

On April 1, 2010, McMahon resigned from the State Board of Education, because state law does not allow board members to solicit campaign contributions.

On September 20, 2011 in Southington, Connecticut, McMahon officially announced her candidacy. On May 18, 2012, McMahon earned the endorsement of the state Republican Party at the Connecticut State Republican Convention by a delegate vote of 658 to 351 over the next-highest candidate, former congressman Chris Shays. The two were the only candidates to qualify for the primary, which took place on August 14, 2012. McMahon defeated Shays by a three-to-one margin, spending $15.7M of her money on the campaign. She faced Democratic Representative Chris Murphy in the general election and lost, marking her second consecutive defeat.

With her pending nomination to become Administrator of the Small Business Administration, examination of McMahon's record in preparation for her facing United State Senate confirmation began. Among other media attention she received in December was from the Wall Street Journal which noted that, "[a]s part of her 2012 campaign, [the nominee's] economic plan called for getting rid of 'outdated/ineffective and duplicative programs,' and expressed support for a 2012 proposal by President Barack Obama to merge the SBA, the Commerce Department's core functions and four other entities into one unit". The merger proposal, which did not proceed far toward approval at the time, would have eliminated the Cabinet-level post to which McMahon is now nominated. The Connecticut Post of Bridgeport, Connecticut examined issues of potential conflicts of interest from remaining WWE stock holdings and other financial assets as well as of the relationship between WWE and smaller businesses in the wrestling world, with critics and supporters cited. A commentary at the Washington Post looked more generally at how to consider "wrestling as an art form" and credited WWE—despite many deaths of retired athletes at relatively young ages—with a better record on CTE and other athlete health issues than the NFL. The Hill provided a venue for two industry representatives to specify how they hoped McMahon would reform the agency she's been tapped to lead. Huffington Post examined child sexual abuse cases at WWE/WWF in the early 1990s that the nominee took a direct role in addressing. One led to a cash settlement with a disclaimer of guilt. The victim in the settled case said "Over the years I’ve begun to realize how things are done. They wanted to protect their company, but ultimately they did the right thing."

McMahon's spending became a key argument of one of her rivals, former Congressman Rob Simmons, who accused her of "buying the election". McMahon and Simmons engaged in a frequently bitter contest. At the party convention, McMahon received the most support, but Simmons received enough votes to qualify for the ballot for the August 10 primary, although he was not actively campaigning. In late July—two weeks before the primary—however, Simmons relaunched his campaign by airing ads on TV reminding voters that his name would be on the ballot, participating in debates, and accepting interviews with editorial boards. A third candidate, Peter Schiff, qualified for the ballot by submitting petition signatures. McMahon defeated her opponents and faced Richard Blumenthal in the general election, losing by 11%.

As the 2016 Republican nomination process began to gear up in early 2015, McMahon, Singer, and Charles R. Schwab were among donors and prospective-candidate representatives who attended a daylong meeting near Jackson Hole, Wyoming that was hosted by TD Ameritrade founder Joe Ricketts and his son Todd, and featured "several Republican donors who favor[ed] same-sex marriage and immigration reform".

In 2017, she went on a 68 city tour of the U.S. to hear from small Business owners and to support the tax reform plan supported by President Trump. She pitched federal tax cuts, which were well received by Business owners whom she visited with on the tour.