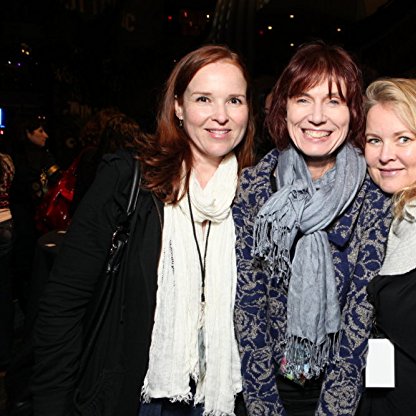 Linda Woolverton was born in  Long Beach, California, United States, is Writer, Miscellaneous Crew, Actress. Linda Woolverton was born in Long Beach, California, graduating from high school in 1969 and having been an honors student in her schools theater program. She enrolled at California State University, Long Beach, graduating with a BFA in Theater Arts in 1973. She worked full-time for a year in the entertainment division at Disneyland, and began working toward her Masters Degree in Theater for Children at California State Fullerton, while working as a substitute teacher.Upon the completion of her Masters Degree in 1976, she formed her own children's theater company. She wrote, directed and performed all over California in churches, malls, schools, and local theaters. She also began in 1979, to work as a coach to children acting in commercials. In 1980 she began working as a development executive for CBS, concentrating on both children's and late-night programming. In 1984 she began working as a children's television writer, penning scripts for shows such as Ewoks (1985), _"Real Ghostbusters, The" (1986)_, 'Alvin and the Chipmunks' and 'Ducktales'. She also had two young adult novels published: 'Starwind' and 'Running Before the Wind'. When one of her novels caught the attention of a Disney executive, she was hired to write the script for the animated motion picture Beauty and the Beast (1991). Upon its release in 1991, Beauty and the Beast became the first animated film to be nominated for Best Picture at the Academy Awards. Woolverton also co-wrote the script for Vua Su tu (1994) and Homeward Bound: The Incredible Journey (1993). She also adapted the script of 'Beauty and the Beast' for the stage, which opened to critical acclaim on Broadway in Spring 1994, and was later nominated for a Tony Award for Best Book in a Musical. She also wrote the book for Disney's third Broadway production 'Aida.'
Linda Woolverton is a member of Writer 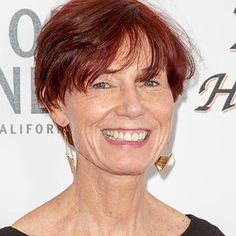 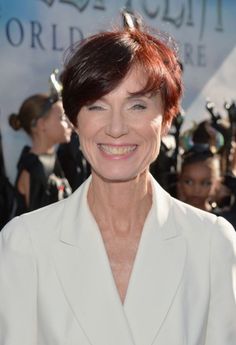 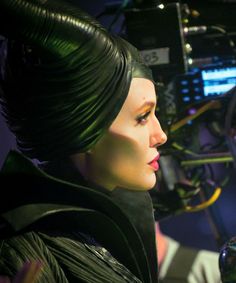 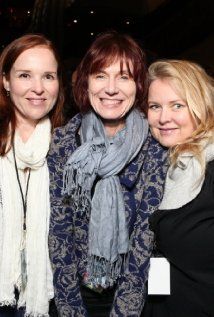 Woolverton was born in 1952 in Long Beach, California. As a child, she began acting in the local children's theater as an escape from what she has described as a "traumatic childhood." She graduated from high school in 1969 with honors in the school's theater program. She attended the California State University, Long Beach, graduating with a BFA in Theater Arts in 1973. After the college graduation, she attended the California State University, Fullerton, to receive a master's degree in Theater for Children. She completed her master's degree in 1976.

Upon the completion of her master's degree, she formed her own children's theater company. She wrote, directed and performed all over California in churches, malls, schools, and local theaters. She also began to work as a coach to children acting in commercials in 1979. In 1980, she began working as a secretary for CBS, where she eventually became a programming executive concentrating on both children's and late-night programming. During her lunch breaks, Woolverton wrote her first novel, the young adult Star Wind. Eventually quitting the job in 1984, she began to work as a substitute Teacher when she wrote her second novel, the also young-adult Running Before the Wind. Released in 1986 and 1987, respectively, both were published by Houghton Mifflin.

Woolverton was hired to write the script for Disney Animation's Beauty and the Beast, becoming the first woman to write an animated feature for the studio. From early 1985 to 1988, two different teams of Writers took a turn at turning Jeanne-Marie Le Prince de Beaumont's tale into a feature film, but Woolverton succeeded in adapting the story by incorporating her new ideas into the plot, like making the protagonist a bookaholic. Upon its release in 1991, Beauty and the Beast received universal critical acclaim, becoming the first animated film ever to be nominated for the Academy Award for Best Picture, and winning the Golden Globe Award for Best Motion Picture – Musical or Comedy.

During this time, she also began penning scripts for children's television shows. From 1986 to 1989, she wrote episodes for animated series as Star Wars: Ewoks, Dennis the Menace, The Real Ghostbusters, My Little Pony and Chip 'n Dale Rescue Rangers. Eventually, she expressed her wish to work for Disney's theatrical department, but was discouraged by her agent, who said to her that she "wasn't ready." Not agreeing with it, she went over to Disney offices in Burbank, California, and dropped off a copy of Running Before the Wind for a secretary, asking her to "give it to somebody to read." Two days later, she received a call from by the then Disney Chairman Jeffrey Katzenberg calling her for an interview.

Woolverton is divorced from Producer Lee Flicker, and they have a daughter together, Keaton, born in 1991. She lives in Hancock Park, Los Angeles, and has two dogs.

The success of Beauty and the Beast led Woolverton to work in several projects with Disney. She co-wrote the screenplay of the live-action film Homeward Bound: The Incredible Journey, released in 1993, and worked again with Disney Animation helping in the pre-production story development of Aladdin, released in 1992, and co-writing the screenplay of The Lion King, released in 1994. Both Aladdin and The Lion King were huge box office successes and received critical acclaim. During this time she also adapted her own Beauty and the Beast screenplay into a Broadway musical, which opened to critical acclaim in 1994, leading her to be nominated for a Tony Award for Best Book in a Musical and winning an Olivier Award for Best New Musical.

She provided additional story material for Mulan, released in 1998, and co-wrote the book of the Disney musical Aida, which opened on Broadway on 2000 for critical acclaim. In 2007, she completed a screenplay where an older Alice, from Lewis Carroll's Alice's Adventures in Wonderland, goes back to Wonderland, from an idea she had in her head for many years. She presented this screenplay to producers Suzanne Todd, Jennifer Todd, and Joe Roth, who took it to Disney. The studio immediately accepted the project, attaching Tim Burton to direct. Alice in Wonderland, released in 2010, was a huge box office success, earning more than $1 billion, and making Woolverton the first and only female Screenwriter with a sole writing credit on a billion-dollar film.

She wrote the book of the non-Disney Broadway musical Lestat, an adaptation of The Vampire Chronicles by Anne Rice, which pre-debuted in 2006 in San Francisco becoming the highest-earning pre-Broadway play in San Francisco history. The musical opened on Broadway on 2007. She also co-wrote the narration of the documentary film Arctic Tale, released in 2007.

In 2014, she announced that she was pitching a pilot for a television series. It was later announced that Lifetime has picked the adaptation of The Clan of the Cave Bear books with Woolverton as executive-producer of the series and Writer of the pilot episode.

In June 2015, it was announced that she is developing a sequel to Maleficent.

Woolverton wrote the screenplay for Alice Through the Looking Glass, the sequel to Alice in Wonderland, released in May 2016.

Reflecting on her female characters, Woolverton said: "I came up as a feminist, in my day. And when I was first approached to do Beauty and the Beast, I knew that you couldn’t do a throwback Disney victim/heroine. We weren’t going to buy it as women after a whole awakening in the 70s. No one is going to accept that. So that started me on a path at relooking at these Disney princesses in a sort of different way. I feel that you have to have an empowering message or you’re not going to be relevant. If you don’t stay relevant to how people are and how women are approaching life now, it’s not going to feel true."