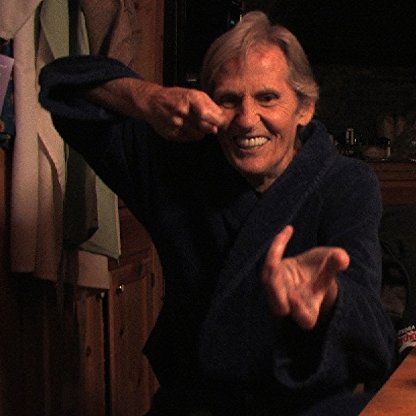 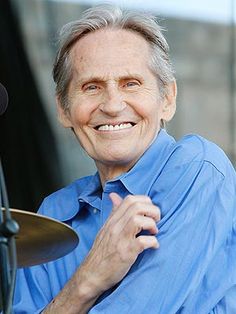 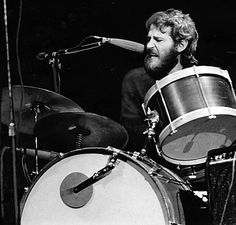 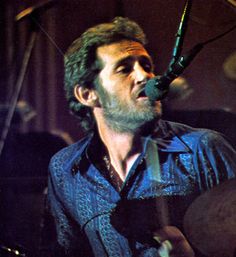 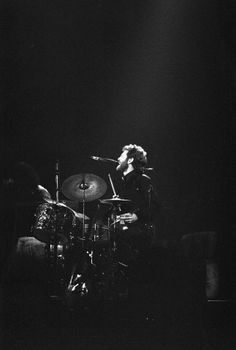 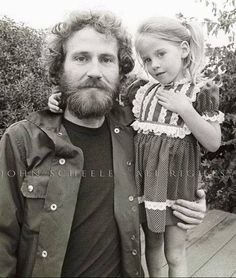 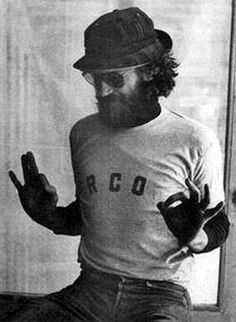 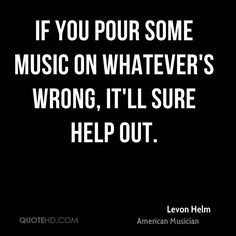 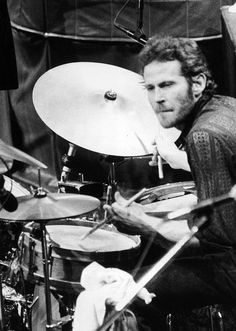 Arkansas in the 1940s and 50s stood at the confluence of a variety of musical styles—blues, country and R&B—that, when merged, later became known as rock and roll. Helm was influenced by all these styles, which he heard on the Grand Ole Opry on radio station WSM and R&B on radio station WLAC in Nashville, Tennessee. He also saw traveling shows such as F.S. Walcott's Rabbit's Foot Minstrels that featured top African-American artists of the time.

While he was still in high school, Helm was invited to join Ronnie Hawkins's band, the Hawks, a popular bar and club act in the South and Canada, where rockabilly acts were very successful. Helm's mother insisted that he graduate from high school before touring with Hawkins, but he was able to play with the Hawks locally on weekends. After his graduation in 1958, Helm joined the Hawks as a full-time member, and they moved to Toronto, Ontario, Canada, where they signed with Roulette Records in 1959 and released several singles, including a few hits.

By the mid-1960s, Songwriter and musician Bob Dylan was interested in performing electric rock music and asked the Hawks to be his backing band. Disheartened by fans' negative response to Dylan's new sound, Helm returned to Arkansas for what turned out to be a two-year layoff, being replaced by other drummers, including Mickey Jones. With the completion of Dylan's world tour, which included the other four members of the Hawks, Helm went back to Arkansas—to home, to the "woodshed", as he called it, to consider his options. The eventual result was a return to Woodstock to rejoin his group.

In 1961, Helm with Bassist Rick Danko backed Guitarist Lenny Breau on several tracks recorded at Hallmark Studios in Toronto. These tracks are included on the 2003 release The Hallmark Sessions.

Helm returned to the group, then referred to simply as "the band", as it was known around Woodstock. While contemplating a recording contract, Helm had dubbed the band "the Crackers." However, when Robertson and their new manager Albert Grossman worked out the contracts, the group's name was given as "the Band." Under these contracts, the Band was contracted to Grossman, who in turn contracted their services to Capitol Records. This arrangement allowed the Band to release recordings on other labels if the work was done in support of Dylan. Thus the Band was able to play on Dylan's Planet Waves album and to release The Last Waltz, both on other labels. The Band also recorded their own album Music from Big Pink (1968), which catapulted them into stardom.

Helm met singer-songwriter Libby Titus in April 1969, while the Band was recording its second album. They began a lengthy relationship, which produced daughter Amy Helm (born December 3, 1970). Amy formed the band Ollabelle and performed with her father's band at the Midnight Rambles and other concerts.

After the Hawks toured Europe with Dylan, they followed him back to the U.S. and settled near Woodstock, New York, remaining under salary to him. The Hawks recorded a large number of demo and practice tapes in Woodstock, playing almost daily with Dylan, who had completely withdrawn from public life the previous year. These recordings were widely bootlegged and were partially released officially in 1975 as The Basement Tapes. The songs and themes developed during this period played a crucial role in the group's Future direction and style. The Hawks members also began writing their own songs. Rick Danko and Richard Manuel also shared writing credits with Dylan on a few songs.

Helm remained with the Band until their farewell performance on Thanksgiving Day, November 25, 1976, which was the subject of the documentary film The Last Waltz, directed by Martin Scorsese. Helm repudiated his involvement with The Last Waltz shortly after the completion of its final scenes. In his autobiography, Helm criticized the film and Robertson, who produced it.

In addition to his work as musician, Helm also acted in several dramatic films. He was cast as Loretta Lynn's father in the 1980 film Coal Miner's Daughter, followed three years later by a role as U.S. Air Force test pilot and Engineer Capt. Jack Ridley, in The Right Stuff. Helm was also the latter film's narrator. 1987's under-appreciated End of the Line featured Levon as a small-town railroad employee alongside Wilford Brimley and Kevin Bacon. He played a Kentucky backwoods preacher in Fire Down Below. He played an eccentric old man in the 2005 film The Three Burials of Melquiades Estrada and appeared as Gen. John Bell Hood in the 2009 film In the Electric Mist. He also had a brief cameo as a weapons expert in the film Shooter, with Mark Wahlberg.

Helm met his Future wife, Sandra Dodd, in 1975 in California, while he was still involved with Titus. Helm and Dodd were married on September 7, 1981. They had no children together.

In 1983, the Band reunited without Robbie Robertson, at first playing with an expanded lineup that included the entire Cate Brothers Band, but in 1985 paring down and adding Jim Weider on guitar. In 1986, while on tour, Manuel committed suicide. Helm, Danko and Hudson continued in the Band, adding Pianist Richard Bell and drummer/vocalist Randy Ciarlante and releasing the album Jericho in 1993 and High on the Hog in 1996. The final album from The Band was the 30th anniversary album, Jubilation, released in 1998.

In the televised 1989 Juno Awards celebration, the Band was inducted into the Juno Awards' Hall of Fame. Helm was not present at the ceremony, but a taped segment of him offering his thanks was broadcast after the acceptance speeches by Rick Danko and Robbie Robertson. Richard Manuel's children accepted the award on behalf of their father. To conclude the televised special, Rick Danko, Garth Hudson, and Robbie Robertson performed "The Weight" with Blue Rodeo.

Helm performed with Danko and Hudson as the Band in 1990 at Roger Waters's epic The Wall – Live in Berlin Concert in Germany to an estimated 300,000 to half a million people.

In 1993, Helm published an autobiography, entitled This Wheel's on Fire: Levon Helm and the Story of the Band.

Elton John's lyricist, Bernie Taupin, named the song "Levon" after Helm, although the song is not actually about him. Both John and Taupin cited that they were inspired by Helm, Taupin saying in various interviews that they would "go down to their favourite record stores to buy the Band's records" along with Elton. In 1994, Helm was inducted into the Rock and Roll Hall of Fame as a member of the Band.

Helm was busy touring every year during the 2000s, generally traveling by tour bus to venues in eastern Canada and the eastern United States. After 2007, he performed in large venues such the Beacon Theater in New York. Dr. John and Warren Haynes (the Allman Brothers Band, Gov't Mule) and Garth Hudson played at the concerts along with several other guests. At a show in Vancouver, British Columbia, Canada, Elvis Costello joined to sing "Tears of Rage." The Alexis P. Suter Band was a frequent opening act. Helm was a favorite of radio personality Don Imus and was frequently featured on Imus in the Morning. In the summer of 2009, it was reported that a reality television series centering on the Midnight Ramble was in development.

In the late 1990s, Helm was diagnosed with throat cancer after suffering hoarseness. Advised to undergo a laryngectomy, he instead underwent an arduous regimen of radiation treatments at Memorial Sloan–Kettering Cancer Center in New York City. The tumor was then successfully removed, but Helm's vocal cords were damaged, and his clear, powerful tenor voice was replaced by a quiet rasp. Initially Helm only played drums and relied on guest vocalists at the Rambles, but eventually his singing voice grew stronger. On January 10, 2004, he sang again at his Ramble sessions. In 2007, during production of Dirt Farmer, Helm estimated that his singing voice was 80% recovered.

The fall of 2007 saw the release of Dirt Farmer, Helm's first studio solo album since 1982. Dedicated to his parents and co-produced by his daughter Amy, the album combines traditional tunes Levon recalled from his youth with newer songs (by Steve Earle, Paul Kennerley and others) which flow from similar historical streams. The album was released to almost immediate critical acclaim, and earned him a Grammy Award in the Traditional Folk Album category for 2007.

In 2008, Helm performed at Warren Haynes's Mountain Jam Music Festival in Hunter, New York, playing alongside Haynes on the last day of the three-day festival. Helm also joined Guitarist Bob Weir and his band RatDog on stage as they closed out the festival. Helm performed to great acclaim at the 2008 Bonnaroo Music Festival in Manchester, Tennessee.

Helm released the album Electric Dirt on his own label on June 30, 2009. The album won a best album Grammy for the newly created Americana category in 2010. Helm performed on the CBS television program Late Show with David Letterman on July 9, 2009. He also toured that same year in a supporting role with the band Black Crowes.

A documentary on Helm's day-to-day life, entitled Ain't in It for My Health: A Film About Levon Helm was released in March 2010. Directed by Jacob Hatley, it made its debut at the South by Southwest film festival in Austin, Texas and went on to be screened at the Los Angeles Film Festival in June 2010. The film had a limited release in select theaters in the United States in the spring of 2013 and was released on DVD and Blu-ray later that year.

On May 11, 2011, Helm released Ramble at the Ryman, a live album recorded during his performance of September 17, 2008, at the Ryman Auditorium, in Nashville, Tennessee. The album features Helm's band playing six songs by the Band and other cover material, including some songs from previous Helm solo releases. The album won the Grammy Award for Best Americana Album.

A tribute concert called Love for Levon took place at the Izod Center in East Rutherford, New Jersey, on October 3, 2012. The concert featured many special guests who had collaborated with and were inspired by Helm and the Band, including Roger Waters, Garth Hudson, Joe Walsh, Gregg Allman, Bruce Hornsby, Jorma Kaukonen, John Mayer, Mavis Staples, My Morning Jacket, Marc Cohn, John Hiatt, Allen Toussaint, Jakob Dylan, Mike Gordon and others. Proceeds from the concert were to "help support the lasting legacy of Levon Helm by helping his estate keep ownership of his home, barn and studio, and to continue the Midnight Ramble Sessions."

At the 2013 Grammy Awards, the Zac Brown Band, Mumford & Sons, Elton John, Mavis Staples, T-Bone Burnett and Alabama Shakes singer Brittany Howard performed "The Weight" as a tribute to Levon and other recently deceased Musicians. They also dedicated the song to the victims of the Sandy Hook Elementary School shooting. In May 2013, the New York State Legislature approved a resolution to name State Route 375—the road which connects State Route 28 with the town of Woodstock—"Levon Helm Memorial Boulevard". Governor Andrew Cuomo signed the bill on June 20, 2013. In July 2017, U.S. 49 from Marvell, Arkansas to Helena-West Helena was named The Levon Helm Memorial Highway by Act 810 of the Arkansas State Legislature. The Levon Helm Legacy Project is raising money to commission a bronze bust of Helm and to restore his boyhood home. The house, originally located in Turkey Scratch, Arkansas, was moved in 2015 to Marvell, where Helm attended school.