Levi P. Morton was born on May 16, 1824 in Shoreham, United States, is 22nd Vice President of the U.S.A. Levi Parsons Morton was a New York businessman who went on to serve as the Vice President of United States under Benjamin Harrison; he was in the office from 1889 to 1893. His is a rags to riches story – coming from a modest household and working his way up to fame and fortune. Interestingly, Morton started off his career as a clerk for a country store. Hard working, ambitious and intelligent, he soon owned a store in New York. His business acumen and skills helped him establish a banking firm, Levi P, Morton and Company that helped underwrite loans during the troubled Civil War phase. From 1879, he served in the U.S. House of Representatives and in 1881, was elected as the United States Minister to France under President James Garfield. His success and popularity in France helped his political career when he returned to US as he won a ticket to the seat of the Vice President under Harrison. His tenure as the Vice President of US lasted for only a single term. Upon leaving White House, he was elected as the governor of New York. He breathed his last on his 96th birthday, thus becoming the only Vice President of the U.S. to have died on his birthday
Levi P. Morton is a member of Political Leaders 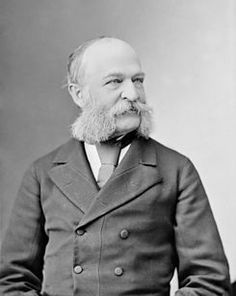 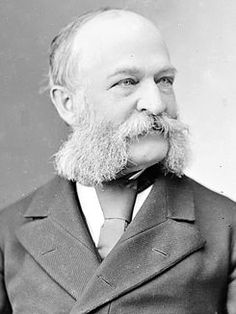 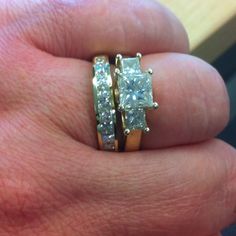 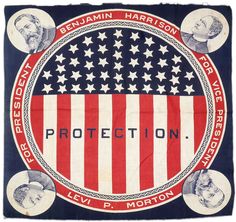 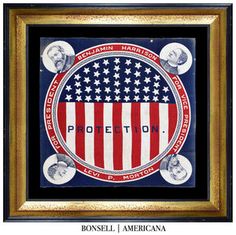 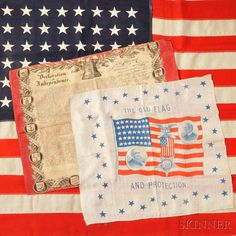 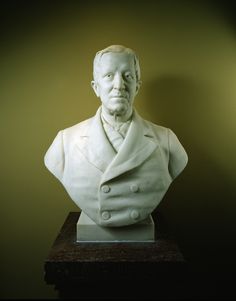 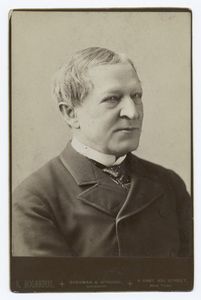 Morton's family moved to Springfield, Vermont in 1832 when his father became the minister of the Congregational church there. Rev. Morton headed the congregation during the construction of the brick colonial revival style church on Main Street that is still in use today. Levi P. Morton was considered by his Springfield peers to be a "leader in all affairs in which schoolboys usually engage." The family moved away when Rev. Morton was reassigned in 1836.

Morton owned property in Newport, Rhode Island, spending his summers on fashionable Bellevue Avenue in his mansion called "Fairlawn", built 1852-1853, which is currently owned by Salve Regina University, housing the Pell Center of International Relations and Public Policy. He left a nearby property to the city of Newport for use as a park. The park is at the corner of Coggeshall and Morton avenues (the latter formerly Brenton Road), and is named Morton Park.

His first wife died in 1871, and in 1873 Morton married Anna Livingston Reade Street. She was Second Lady of the United States during her husband's vice–presidency, and often handled entertaining duties for the administration due to First Lady Caroline Harrison's ill health. She had five daughters with Morton, and a son who died in infancy.

Morton attended the public schools of Vermont and Shoreham Academy. He decided on a Business career, and worked as a general store clerk in Enfield, Massachusetts. Morton also taught school in Boscawen, New Hampshire, engaged in mercantile pursuits in Hanover, New Hampshire, and moved to Boston to work in the Beebe & Co. importing Business. He eventually settled in New York City, where he entered the dry goods Business, became a successful cotton broker, and established himself as one of the country's top investment Bankers in a firm he founded, Morton, Bliss & Co. He was an unsuccessful candidate for election in 1876 to the 45th Congress, and was appointed by President Rutherford B. Hayes to be an honorary commissioner to the Paris Exhibition of 1878.

Morton was elected, as a Republican, to the 46th and 47th Congresses representing Manhattan. He served from March 4, 1879, until his resignation, effective March 21, 1881. The 1880 Republican presidential nominee, James A. Garfield, asked Morton to be his vice presidential running mate, attempting to win over disappointed supporters of Ulysses S. Grant's candidacy for a third term. Morton was loyal to Senator Roscoe Conkling, who was Grant's campaign manager; unhappy that Grant had not been nominated, Conkling advised Morton to decline; Morton followed Conkling's advice. Garfield's supporters then turned to Chester A. Arthur, another Conkling supporter. Conkling advised Arthur to decline, but Arthur accepted; Garfield and he were narrowly elected over their Democratic opponents.

Morton was very popular in France. He helped commercial relations between the two countries run smoothly during his term, and, in Paris on October 24, 1881, he placed the first rivet in the construction of the Statue of Liberty. (It was driven into the big toe of Lady Liberty's left foot.) After completion of the statue, he accepted Liberty on behalf of the United States in a ceremony on July 4, 1884 by signing the Union Franco Americaine contract with that date.

After Garfield and Arthur were elected, Garfield nominated Morton to be Minister Plenipotentiary to France, and Morton served in Paris until 1885. In 1888, Morton was nominated for vice President on the Republican ticket with presidential nominee Benjamin Harrison; they were elected, and Morton served as Vice President from 1889 to 1893. In 1894, Morton was the successful Republican nominee for Governor of New York, and he served one term, 1895 to 1896.

Morton was elected Vice President of the United States, on the Republican ticket with President Benjamin Harrison, in which capacity he served from March 4, 1889, to March 4, 1893. During his term, Harrison tried to pass the Lodge Bill, an election law enforcing the voting rights of blacks in the South; the billed failed because Morton did little in his role as the Senate's presiding officer to support the bill against a Democratic filibuster. Harrison blamed Morton for the bill's eventual failure, and, at the Republican convention prior to the 1892 election, Morton decided not to run for a second term and was replaced by Whitelaw Reid as the vice-presidential candidate. Harrison and Reid went on to lose the 1892 election, to Grover Cleveland and Adlai E. Stevenson, the Democratic candidates.

In 1890 he became one of the first members of the District of Columbia Society of the Sons of the American Revolution. He was assigned national society membership number 1838 and district society number 38. He was also a member of the General Society of Colonial Wars.

The Village of Morton Grove, Illinois, is named after Morton. He provided the funding necessary to allow Miller's Mill (now Lincoln Avenue) to pass through the upstart neighborhood, and provide goods to trade and sell. Morton Grove was incorporated in December 1895.

Morton became ill during the winter of 1919-1920; a cold developed into bronchitis, and Morton eventually contracted pneumonia, which proved fatal. He died in Rhinebeck, New York on May 16, 1920. His death occurred on his 96th birthday, and Morton is the only Vice President to have died on his birthday. He is interred at Rhinebeck Cemetery.