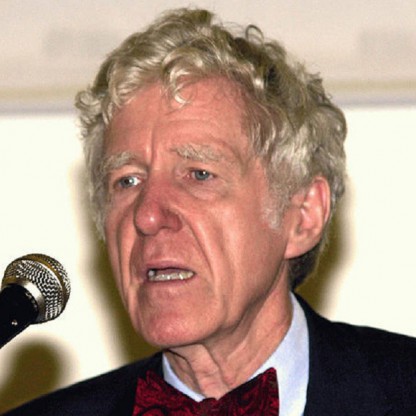 Lester R. Brown was born on March 28, 1934 in Bridgeton, United States, is Environmentalist. Lester Russell Brown is an American environmental thinker and analyst who founded the famous Earth Policy Institute, a non-profit research institute in Washington. Lester was brought up in a farm which had neither running water nor electricity. He was an avid reader and a farming enthusiast who encouraged his brother to start a tomato business which eventually grew as one of the largest in New Jersey. He got a degree in agricultural science from Rutgers University. It was during his six-month stay in rural India, as part of the International Farm Youth Exchange Program, that he became aware of issues like the intimate connection of food and population. To do something substantial, Lester knew he would need the help of FAS or Foreign Agricultural Service. He decided to get a degree in agricultural economics and joined FAS in the Asia branch. Soon after, he also earned the degree in public administration and four years later, he published his revolutionary work Man, Land and Food. Lester’s analysis earned him the attention of Orville Freeman, the Secretary of Agriculture, who asked him to find a solution to the problem. All through his career, Brown has emphasized on the geopolitical effects of the ever-increasing price of grains. His main concern has been the acute shortage of food in poor countries
Lester R. Brown is a member of Writers 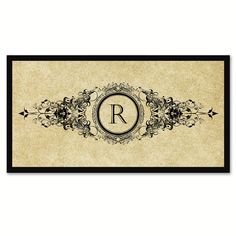 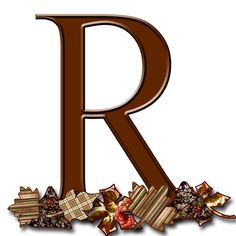 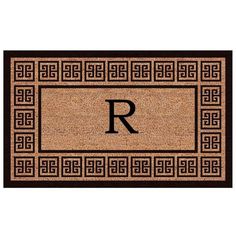 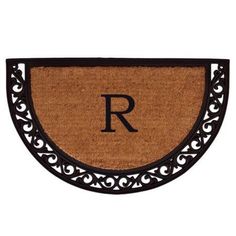 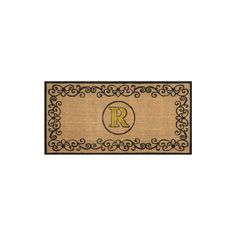 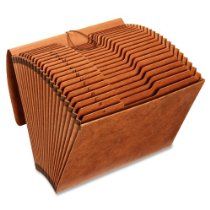 Lester Brown is the recipient of many prizes and awards, including 25 honorary degrees, and is an honorary professor of the Chinese Academy of Sciences.

Shortly after earning a degree in agricultural science from Rutgers University in 1955, through the International Farm Youth Exchange Program, he spent six months living in rural India where he became intimately familiar with food and population issues. "His experiences in Indian villages changed his life," wrote biographer David De Leon. "Although he went back to growing tomatoes when he returned to the United States, this no longer seemed like exciting work."

Brown decided that to work on the global food issue, he would need to work for the U.S. Department of Agriculture's (USDA) Foreign Agricultural Service (FAS). He learned that before they would hire him, he needed to have a degree in agricultural economics. Brown took nine months to earn a master's degree in agricultural economics from the University of Maryland and in 1959 joined FAS as an international agricultural analyst in the Asia branch. A year or so later, he took a nine-month leave to earn a master of public administration from the Harvard Graduate School of Public Administration which was later to become the John F. Kennedy School of Government.

In 1963, just four years later, he published Man, Land and Food, the first comprehensive projection of world food, population, and land resources to the end of the century. The study was a cover story in the January 6, 1963 issue of U.S. News & World Report where it came to the attention of Secretary of Agriculture, Orville Freeman. Freeman appreciated Brown’s bold analysis and offered him a job on his staff, saying "you sketched the problems. Now you have to do something about them." He was soon elevated to being the resident specialist on global issues. In this capacity, he advised the secretary of agriculture on his overseas agricultural policies. He also headed USDA's International Agricultural Development Service from 1966 to 1969. His primary job was to "increase food production in underdeveloped countries."

In early 1969, he left government to help establish the Overseas Development Council. He also became an enthusiastic believer in the promise of a Green Revolution, with the hope of using better seeds and cultivation methods to help solve global problems of poverty and hunger. In his opinion, "this Technology was the most crucial historical event since the steam engine." In subsequent years, however, he realized that rapid population growth in undeveloped countries was overwhelming the gains in increased food production.

In the mid-1970s, Brown helped pioneer the concept of sustainable development, during a career that started with farming. Since then, he has been the recipient of many prizes and awards, including, the 1987 United Nations Environment Prize, the 1989 World Wide Fund for Nature Gold Medal, and the 1994 Blue Planet Prize for his "contributions to solving global environmental problems." In 1995, Marquis Who's Who selected Brown as one of its "50 Great Americans." He was recently awarded the Presidential Medal of Italy and was appointed an honorary professor at the Chinese Academy of Sciences. He lives in Washington, D.C. and retired in June 2015.

In 1974, with support of a $500,000 grant from the Rockefeller Brothers Fund, Brown founded the Worldwatch Institute, the first research institute devoted to the analysis of global environmental issues. While there he launched the Worldwatch Papers, the annual State of the World reports, World Watch magazine, a second annual entitled Vital Signs: The Trends That are Shaping Our Future, and the Environmental Alert book series. According to De Leon, "he gathered a staff of young Idealists just out of college. They were expected to be 'professional generalists,' rather than narrow specialists with advanced degrees."

The recipient of 26 honorary degrees and a MacArthur Fellowship, Brown has been described by the Washington Post as "one of the world's most influential thinkers." As early as 1978, in his book The Twenty-Ninth Day, he was already warning of "the various dangers arising out of our manhandling of nature...by overfishing the oceans, stripping the forests, turning land into desert." In 1986, the Library of Congress requested his personal papers noting that his writings “have already strongly affected thinking about problems of world population and resources,” while President Bill Clinton has suggested that "we should all heed his advice." In 2003 he was one of the signers of the Humanist Manifesto.

The institute eventually became noted for being an independent and respected think tank focusing on environmental issues and also a storehouse for a large amount of environmental information. Their goal is to educate the public and government about environmental problems and to recommend actions. The institute has refused to become a lobbying organization, with Brown saying, "the world is filled with specialists who dig deep burrows into the earth and bring up these nuggets of insight, but there's no one up on top pulling it all together. That's our job." As a result, he has been described as "one of the world's most influential thinkers" and was granted a $250,000 "genius award" by the MacArthur Foundation in 1986.

In this book, published in 1995, Brown highlights the pressure on world resources as more countries, especially China, become developed. He writes, "To feed its 1.2 billion people, China may soon have to import so much grain that this action could trigger unprecedented rises in world food prices."

In May 2001, he founded the Earth Policy Institute to provide a vision and a road map for achieving an environmentally sustainable economy. In November 2001, he published Eco-Economy: Building an Economy for the Earth, which was hailed by E.O. Wilson as “an instant classic.” In 2009 he published Plan B 4.0 and in 2011 World on the Edge. In 2012 he published Full Planet, Empty Plates.

This book, published in 2004, is a more recent description of "the ways in which human demands are outstripping the earth's natural capacities, and how the resulting environmental damage is undermining food production on a global scale. He documents that the decrease of crop production is due to global warming, water shortages, decreasing cropland in developing countries like China, and population growth that is still increasing world population by 76 million each year.

In December 2008, Brown presented ways of creating new jobs by public investment in both the renewable Energy industry and in Energy efficiency Technology. He gave growth statistics along with the calculated number of jobs that would be created:

This book, published in 2009, continues the themes of his earlier books, and is written as a final warning call for the Leaders of the world to begin "mobilizing to save civilization" and stresses even more that time is of the essence.

Brown subsequently added that such a tax shift would amount to an "honest market," explaining, "The key to restructuring the economy is the creation of an honest market, one that tells the ecological truth." In 2011 he estimated the cost of such a tax shift, including the effects of better Technology, the use of renewables and "updating the concept of national security."

In the fall of 2013, Brown published his autobiography. In Breaking New Ground, Brown details the seminal events of his life that led him to establish the first research institute devoted to an interdisciplinary analysis of global environmental issues. Of the book, David Orr said, This is the life story of a true American hero . . . as a scientist and public intellectual dedicated to the cause of sustainability Lester Brown is in a class by himself. David Suzuki said, Lester Brown is one of humanity’s great eco-warriors, constantly updating the state of the planet while ceaselessly seeking solutions and a path to sustainability. Breaking New Ground is an inspirational story of what one person is capable of achieving. Every aspiring Activist will find much to learn from Lester Brown’s life story.

In February 2014, he updated that forecast stating that China had since become a leading world grain importer, "set to buy a staggering 22 million tons" in the 2013-2014 trade year and their grain use climbing by 17 million tons per year.

On June 30, 2015, he officially retired and closed the Earth Policy Institute. His legacies will live on through a Lester R. Brown Reading Room at Rutgers University (his alma mater). The room will house the collection of his books along with their translations, honorary degrees, and awards. His electronic collection of presentations, radio and television interviews, and documentaries in which he is featured will be accessioned into the Rutgers University library system. Rutgers is also hosting the Earth Policy Institute's website so that the information remains available.

Brown was born and raised on a farm without running water or electricity in Bridgeton, New Jersey near the Delaware River. He learned to read early and was a voracious reader. He was fascinated by World War II and would borrow day-old papers from the next door farm to follow it. He especially enjoyed reading biographies including those of America’s founding fathers and others such as Abraham Lincoln, George Washington Carver, and Marie Curie. From his earliest years, he worked on the farm, milking cows, pulling weeds, and cleaning the stable. An enterprising youth, he involved his younger brother, Carl, in various businesses, such as growing pheasants and chickens for sale. In 1951, they started a tomato growing Business, which eventually grew to become one of New Jersey's largest, with sales of over 1,520,000 pounds (690,000 kg) a year. He later said, "farming is all I ever wanted to do with all my life. You have to know soils, weather, plant pathology, entomology, management, even politics. It's the ideal interdisciplinary profession."