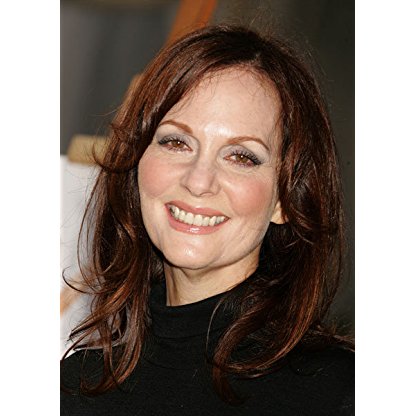 Lesley Ann Warren was born on August 16, 1946 in  New York City, New York, United States, is Actress, Soundtrack, Producer. Lesley Ann Warren started gearing towards a life in show business right off the bat as a child ballerina; little did she know that Hollywood stardom would arrive on her doorstep in the form of a "Cinderella" story -- literally! The New York-born actress (born in 1946) is the daughter of a night club singer, Margot Warren (née Verblow), and a real estate agent, William Warren. Her parents were of Russian Jewish descent. Warren's mother gave up her own entertainment career for marriage and family. Lesley attended New York's Professional Children's School and eventually studied under Lee Strasberg at his Actors Studio, the youngest student to be accepted at the time (age 17). The freckled, talented hopeful gathered musical stage experience in such shows as "Bye Bye Birdie" playing swooning teen Kim McAfee. She made her illustrious Broadway debut in "110 in the Shade", the 1963 musical version of "The Rainmaker," and won the "Most Promising Newcomer" Award. She subsequently received the Theatre World Award for her work in the 1965 tunefest "Drat! The Cat!" The attention she received immediately led to her capturing the beguiling title role in the Rodgers and Hammerstein TV musical production of Cinderella (1965). Although sweet-voiced stardom was certainly hers on a silver platter, she didn't necessarily carry the sweet tooth for it. Her impact as Cinderella led to her signing with the Walt Disney Studio as their principal ingénue. Co-starring in the rather blah musical showcases The Happiest Millionaire (1967) and The One and Only, Genuine, Original Family Band (1968) further convinced her that she needed to nip the saccharine stereotype in the bud if she was to grow as an actress and sustain some type of career longevity. Rebelling against her studio-imposed image, she left Disney determined to pursue roles with more depth, drama and character. Changing her name temporarily to "Lesley Warren" to reinforce her goal, she replaced Barbara Bain in the long-running espionage series Mission: Impossible (1966) in 1970, but the audiences were quite cool in their reception to the "new and improved" Lesley and didn't buy her as a femme-fatale replacement for the cool and aloof Ms. Bain. After only one season, she left the show and sought greener pastures in the TV mini-movie market playing a wide range of vulnerable neurotics as well as sexy, worldly ladies. She made her mark in such sudsy 1970s material as Love Hate Love (1971) co-starring 'Ryan O'Neal (I)'; The Legend of Valentino (1975); the rags-to-riches story Harold Robbins' 79 Park Avenue (1977), for which she won a Golden Globe award; the epic WWII story Pearl (1978); Betrayal (1978); and Portrait of a Stripper (1979). In the early 1980s, Lesley's movie career resurrected itself with a priceless performance as kingpin James Garner's whiny-voiced, peroxide-blonde spitfire Norma Cassady in the musical film slapstick Victor Victoria (1982). The role won her nominations for an Academy Award and a Golden Globe, as well as winning a New York Film Critics Award and a People's Choice Award. This scene-stealing turn led to a couple of other quality offbeat films: Choose Me (1984) and Songwriter (1984), along with the usual quota of TV projects. Warren received nominations for a Golden Globe for Songwriter, and a People's Choice Award for Choose Me. She also matured into a steamy, sexier "older woman" type and earned some worldly roles opposite various gorgeous young guns, including Christopher Atkins in the critically-drubbed A Night in Heaven (1983). Her riotous "dumb blonde" act had Hollywood discovering her potential as a scatter-brained comedienne, an image she has reinforced over the years with recurring TV guest parts on such popular shows as Will & Grace (1998) and Nhung Ba Noi Tro Kieu My (2004). Warren's television credits also include a Golden Globe Award performance for Best Actress in the miniseries 79 Park Avenue. She also was nominated for a Golden Globe and an Emmy for her role in the CBS miniseries Family of Spies. Warren received a Cable Ace nomination for her work in Tennessee Williams' 27 Wagons Full of Cotton. She also received Cable Ace and Golden Globe nominations for her work in HBO Pictures' Baja Oklahoma. Further television credits include leading roles in the NBC telefilm Evergreen, and the Emmy winning TNT miniseries Joseph (opposite Ben Kingsley). Warren appeared on five seasons of the USA Network drama In Plain Sight, as well as the 100th episode of Psych, a tribute to the movie Clue. Warren recently appeared in three films: Babysitter, The Sphere and the Labyrinth, and Michael co-starring James Franco and Zachary Quinto. From Cinderella to sexy mamas, the effervescent Lesley is still going strong in a career now hitting four-and-a-half decades. Lesley has a son, Christopher Peters, from her 1967-1977 union to makeup artist/hair stylist-cum-film producer Jon Peters. Since 2000, she has been married to advertising exec Ronald Taft, a former v.p. at Columbia and sometime actor.
Lesley Ann Warren is a member of Actress 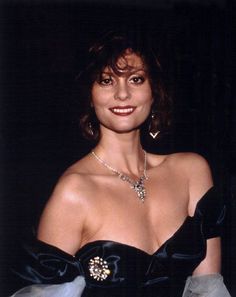 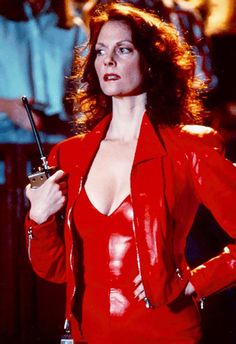 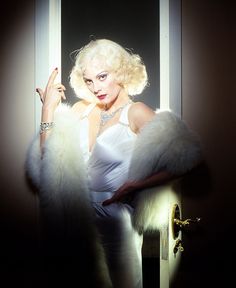 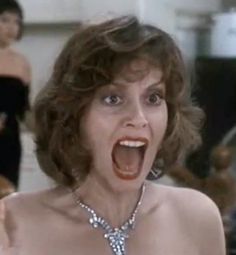 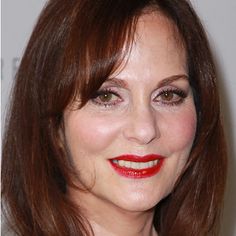 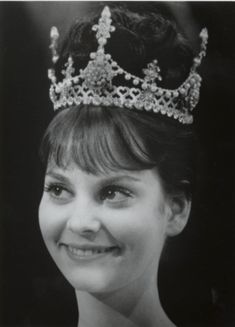 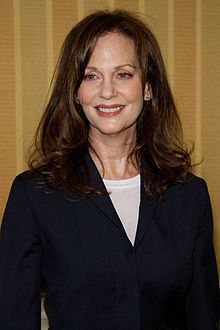 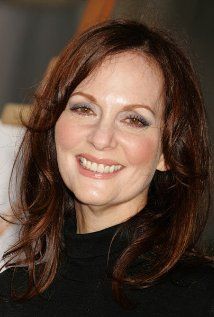 Warren made her Broadway debut in 1963, and her film debut in The Happiest Millionaire in 1967. Her other film appearances include Clue (1985), Burglar (1987), Cop (1988), Color of Night (1994), and Secretary (2002). She has also appeared in numerous television shows, including Mission: Impossible, Desperate Housewives, Will & Grace, and In Plain Sight.

Having failed to obtain the role of Liesl in the film version of The Sound of Music, Warren's first major television success was in the title role of Rodgers and Hammerstein's television special Cinderella in 1965. She later played the part of Dana Lambert, the leading female on the Mission: Impossible team, during the 1970–71 television season. According to The Complete Mission: Impossible Dossier by Patrick White, she was considered too inexperienced for the part and left after only one year. Despite her departure, throughout the 1970s Warren became a leading lady of TV movies, TV series, and TV miniseries. She appeared as a guest star in the third season of The Muppet Show and made an occasional feature film. Warren also played Lois Lane in the 1975 TV special It's a Bird...It's a Plane...It's Superman adapted from the Broadway musical of the same name. Warren went on to screen-test for the role of Lois Lane in the 1978 Superman film, a role that was ultimately won by Margot Kidder (footage of Warren's screen test has been included as a supplementary feature on VHS and DVD releases of the film).

In 1975, Warren played a mental patient opposite Peter Falk and George Hamilton in the Columbo episode "A Deadly State of Mind". Warren played Princess Jeanetta in the Shelley Duvall's Faerie Tale Theatre episode The Dancing Princesses, an adaptation of the fairy tale The Twelve Dancing Princesses. She starred as one of the prime murder suspects, Miss Scarlet, in the comedy film version of the popular board game Clue (1985). In 1986, Lesley was prominently featured in Bob Seger's popular music video for his hit song "American Storm." In 1989, she appeared in the Aerosmith video "Janie's Got a Gun", wherein she played Janie's mother. She was also featured in a video for the Eagles' "Life in the Fast Lane". In 1994, Warren had a major supporting role in the erotic thriller Color of Night, in which she played a nymphomaniac; the film was poorly received, and she was nominated for a Golden Raspberry Award for Worst Supporting Actress. However, it was successful on the home video market.

In 1981, she starred with Ken Wahl, George Peppard, and Donald Pleasence in Race for the Yankee Zephyr, a New Zealand suspense-action-thriller film directed by David Hemmings. For her portrayal of dim-witted gangster's moll Norma Cassidy in the 1982 musical-comedy Victor Victoria, Warren was nominated for an Academy Award for Best Actress in a Supporting Role. Warren is also a five-time Golden Globe nominee and won for the 1977 miniseries Harold Robbins' 79 Park Avenue. She was Emmy-nominated for the TV movie Family of Spies (1991).

The 5-foot-8-inch (1.73 m) Warren began her career as a ballet Dancer, training at the School of American Ballet. She entered the Actors Studio at the age of 17—reputedly the youngest applicant ever to be accepted. Her Broadway debut came in 1963 in the musical 110 in the Shade. She won the Theatre World Award for her performance in the 1965 flop musical Drat! The Cat!. In 1973, she portrayed Scarlett O'Hara in the Los Angeles production of the musical Scarlett; however, the play was poorly reviewed and did not continue to Broadway as planned.