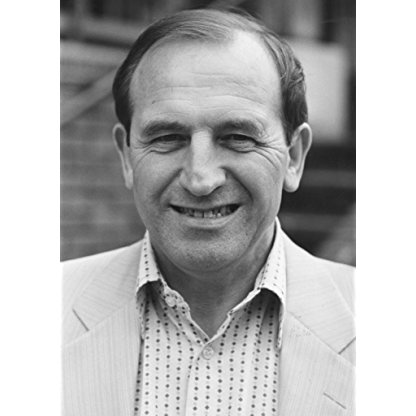 Leonard Rossiter was born on October 21, 1926 in  Liverpool, England, United Kingdom, is Actor. Leonard Rossiter was born on October 21st, 1926 in Liverpool. Unable to afford to go to university, he worked in an insurance office until he was 27, when he joined Preston repertory company and made his professional stage debut in "The Gay Dog". After Preston, he starred in productions at Wolverhampton, Salisbury and The Old Vic Company at Bristol's Theatre Royal. In 1962, he made his first big-screen appearance in A Kind of Loving (1962), followed by other films throughout the 1960s, including Billy Liar (1963) and TV appearances such as Z Cars (1962), The Avengers (1961) and Steptoe and Son (1962). His portrayal of "Adolf Hitler" in the 1969 play, "The Resistible Rise of Arturo Ui", made him a West End star. His roles as "Rigsby" in Rising Damp (1974) and the title role in The Fall and Rise of Reginald Perrin (1976) made him a household name, and his Cinzano commercials with Joan Collins were comic masterpieces. A keen sportsman, he excelled in squash, tennis and football. He was also a connoisseur of fine wines. His busy career came to a tragically premature end on October 5th 1984, just sixteen days short of his 58th birthday. During a performance of Joe Orton's play "Loot", Leonard suffered a heart attack in his dressing room. He was married to actress Gillian Raine and had a daughter, Camilla.
Leonard Rossiter is a member of Actor 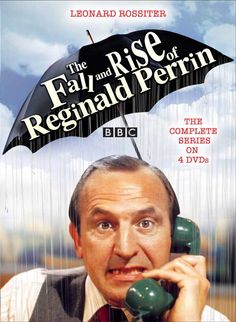 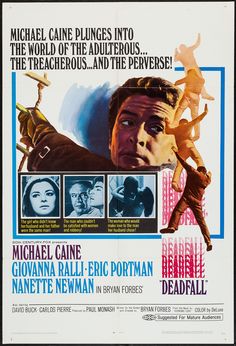 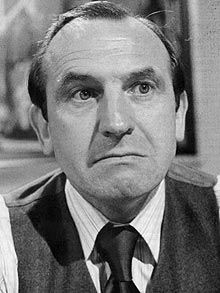 Rossiter was born on 21 October 1926 in Wavertree, Liverpool, the second son of Elizabeth (née Howell) and John Rossiter. The family lived over the barber shop owned by his father. He was educated at the Liverpool Collegiate School (1939–46). His ambition was to go to university to read modern languages and become a Teacher. However, his father, who served as a voluntary ambulanceman during the Second World War, was killed in an air raid in 1942 and Rossiter had to support his mother. He therefore could not take up the place he had been offered at Liverpool University. Instead he did his National Service as a sergeant, initially in the Intelligence Corps, then in the Army Education Corps, spending much of the time in Germany writing letters home for other Soldiers. After being demobbed he worked for six years as an insurance clerk in the claims and accident departments of the Commercial Union Insurance Company.

Rossiter joined the Wavertree Community Centre Drama Group and made his first appearance with the Adastra Players in Terence Rattigan's Flare Path. The local critic said that he "was particularly outstanding, his one fault being a tendency to speak too fast on one or two occasions". He gave up his insurance job to enrol in Preston repertory theatre and became a professional actor at the comparatively late age of 27. He made his professional stage debut in Joseph Colton's The Gay Dog in Preston on 6 September 1954.

In 1957–58 he played in the musical Free as Air and then toured in Eugene O'Neill's The Iceman Cometh. He joined the Bristol Old Vic and was there for two years, from 1959 to 1961, a time he described as "the bedrock of his career", followed by other stage work, in, among other plays, The Strange Case of Martin Richter, Disabled, The Heretic, The Caretaker and Semi-Detached (in New York). His performance in the premiere of Michael Blakemore's stage production of Bertolt Brecht's The Resistible Rise of Arturo Ui in 1969 met with critical acclaim.

Rossiter's first marriage was to the Actress Josephine Tewson, with whom he had worked many times in repertory in the 1950s. The marriage ended in divorce in 1961. His second wife was the Actress Gillian Raine, with whom he had a daughter, Camilla, and to whom he was still married at the time of his death. Rossiter had met Gillian Raine when he played the lead role of Fred Midway in David Turner's play Semi-Detached, in a production directed by Tony Richardson. The play opened on 8 June 1962 at the Belgrade Theatre in Coventry and ran for a week. During the play's second run at the Belgrade, in September 1963, the couple fell in love and moved in together, but they did not marry until 1972.

In 1968 he played Mr Sowerberry in the film version of Lionel Bart's musical Oliver! and took one of the few speaking supporting roles in 2001: A Space Odyssey as the Russian scientist Smyslov. He worked with Stanley Kubrick again in Barry Lyndon (1975), in which he appeared as Captain John Quin. In the same year as 2001 he appeared in Nigel Kneale's television play The Year of the Sex Olympics, part of BBC 2's Theatre 625, one of his four appearances in the series.

In Rising Damp, on ITV, Rossiter played Rigsby, the lecherous landlord of a house converted into seedy bedsits, reprising the role from the successful stage version, The Banana Box. While he was in Rising Damp he also took the lead role in The Fall and Rise of Reginald Perrin, adapted by David Nobbs from his own comic novels and aired on the BBC. Rossiter was given a surprise tribute on This Is Your Life in 1975. He appeared in I Tell You It’s Burt Reynolds, an episode of the 1977 Yorkshire Television series The Galton & Simpson Playhouse, as well as the short films The Waterloo Bridge Handicap (1978), and the Galton and Simpson-scripted Le Pétomane (1979). After his portrayal of Reginald Perrin, Rossiter's non-comedy roles on television became less frequent, although there were exceptions such as a debt collector in the one-off HTV thriller Machinegunner (1976), and Frank Harris in Fearless Frank, or Tit-bits from the Life of an Adventurer (1978), a BBC Play of the Week.

In the animated adaptation of The Perishers (1978) Rossiter provided the voice for Boot the dog. He reprised Rigsby for a film version of Rising Damp in 1980, thus achieving the distinction of playing the same role on stage, television and film. His last television role was as the supermarket manager in another ITV sitcom, Tripper's Day (1984). He continued to make a steady stream of film appearances, including a role in Lindsay Anderson's Britannia Hospital (1982).

After his death it was revealed that during the early 1980s Rossiter had had a five-year relationship with the broadcaster Sue MacGregor. His wife had not been aware of the affair until she received a letter from MacGregor breaking the news that her memoirs, which were about to be published, would include an account of the affair.

Rossiter died from hypertrophic cardiomyopathy in 1984 while waiting to go onstage at the Lyric Theatre, London, where he was performing in Joe Orton's play Loot. His funeral took place at St. Mary's Church, The Boltons, London.