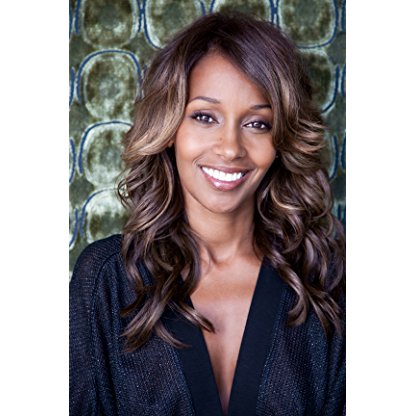 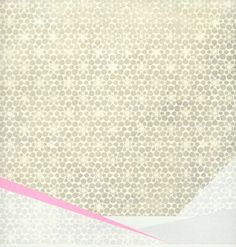 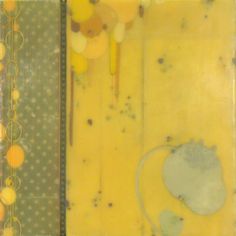 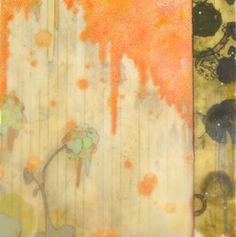 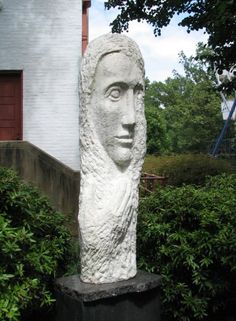 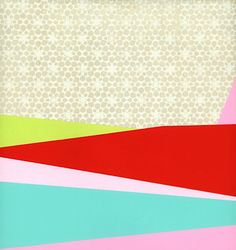 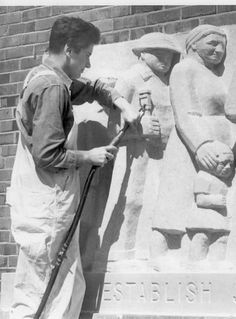 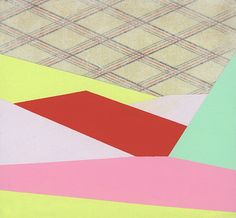 Lenore Thomas was born 1 November 1909 in Chicago, Illinois, the daughter of Andrew S. Thomas and Lucy Haagsma, and died at her home in Blue Hill, Maine, on 16 January 1988. Although she studied at the Chicago Art Institute, as a Sculptor she was largely self-taught. Much of her early work involved public art created under various New Deal programs, including terra cotta murals for several post offices. She fashioned two major pieces for the Resettlement Administration's planned community in Greenbelt, Maryland—a large Mother and Child and several panels illustrating the Preamble to the United States Constitution. Along with other Public Works Administration artists Hugh Collins, Carmelo Arutu, and Joseph Goethe, she created playground sculpture for Langston Terrace, the first federally funded housing project in Washington, DC. In the early 1940s, when she was living in Accokeek, Maryland, she married Robert Ware Straus, who was to play an integral role in the preservation of the view across the Potomac River from George Washington's home at Mount Vernon. In 1968, she moved to Maine, where she was a student of zen Teacher Walter Nowick at Moonspring Hermitage. in Surry, which later became the Morgan Bay zendo. She was an active member of the Morgan Bay zendo, and several of her sculptures remain on its grounds

The annual campaign by President Franklin Roosevelt's office to reignite the Emergency Relief Appropriation Act each year for almost a decade not only worked to lift the economic down-slope in the United States, but also changed career directions for numerous artists, especially women artists living and working in the 1930s and 1940s. For many this was the first time women were able to make a viable and valuable living as both Artist and creative.

"Robert Straus was investigated by the FBI after he recommended two Communists to posts in the Office of Emergency Management (1943)," outlines Mary Kienhol’s 2012 book. In 1952 Lenore was actually investigated by the U.S. Federal Bureau of Investigation (FBI) for her Communist affiliations. Some historical investigators also say that Lenore did admit she was a Communist.

In 1987, the University of Maine honored her with the Maryann Hartman Award, which recognizes distinguished women of Maine. Shortly after her death in 1988, the Lenore Thomas Straus Scholarship was established in her name at the Haystack Mountain School of Crafts, where Straus had taught as an artist-in-residence in 1984 and 1986 and plunged into the medium of handmade paper.

Today's modern movement in the use of art as 'Intentional Creativity' has more recently been taught by Sellars' Artist daughter Shiloh Sophia McCloud. In June 2015 the Greenbelt Museum in Greenbelt, Maryland opened an exhibit of Lenore's work called "The Knowing Hands That Carve This Stone: The New Deal Art of Lenore Thomas Straus." This show highlights the work of Lenore Thomas Straus along with the work of Sue Hoya Sellars and Shiloh Sophia McCloud as a demonstration of art reaching the public from a continuing lineage of art and artists.

It wasn’t until 1952 that Lenore finally took on her youngest and longest-standing art apprentice, Sue Hoya Sellars. In 1953 Lenore met and recognized thirteen year old Sellars as a young and budding teenage Artist with exceptional, yet publicly ignored, talent. Lenore Thomas Straus later became Sellars' legal guardian as well as her artistic mentor. Concepts in art outlining the importance of intentionality in creating art became an important creative focus for both Straus and Sellars within their lifetime as artists.