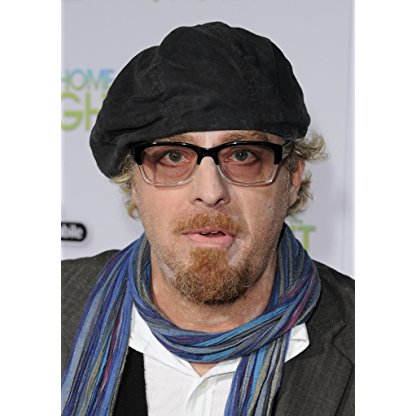 Leif Garrett was born on November 08, 1961 in  Hollywood, Los Angeles, California, United States, is Actor, Soundtrack. Born on November 8, 1961 in Hollywood, California, Leif grew up in a world of showbiz and got his first taste of acting in the blockbuster film, Bob & Carol & Ted & Alice (1969) playing the son of Elliott Gould and Dyan Cannon, though he was uncredited. Then he was a frequent guest in TV shows such as Nanny and the Professor (1970), Family Affair (1966), Cannon (1971), Gunsmoke (1955) and The Odd Couple (1970) as well as receiving brief exposure in Walking Tall (1973) and Peopletoys (1974), both films also starring his sister, Dawn Lyn. He then played Endy Karras in the TV series Three for the Road (1975), also starring Alex Rocco and Vincent Van Patten, and by then he started getting exposure on teen magazines and fan mail, despite the show's short run. He still pursued his acting career by starring in some westerns like Diamante Lobo (1976), Kid Vengeance (1977) and Peter Lundy and the Medicine Hat Stallion (1977).Garrett was offered a recording contract by Atlantic Records. He released two oldie cover singles "Surfin' USA" and "Runaround Sue" on his self-titled debut album, but wasn't really happy with this style of music. After switching to the Scotti Brothers he recorded another album called "Feel the Need" which had a top 10 disco-flavoured hit called, "I Was Made for Dancin'". He released three more albums but mostly stopped recording music in the early 1980s.He continued in films and is well remembered for his small supporting role in the blockbuster film The Outsiders (1983), which starred Matt Dillon, Patrick Swayze, Rob Lowe, Emilio Estevez and Tom Cruise, but his films after that were less successful. However, he did return to music by playing in a band called "Godspeed" in the late 1990s, this time playing his own music.
Leif Garrett is a member of Actor 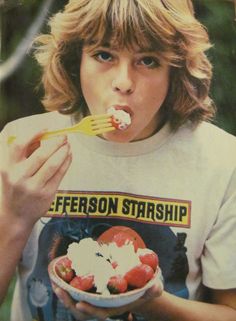 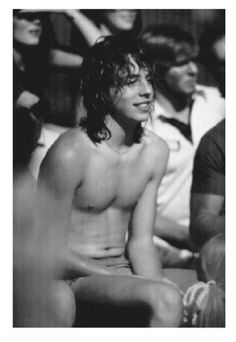 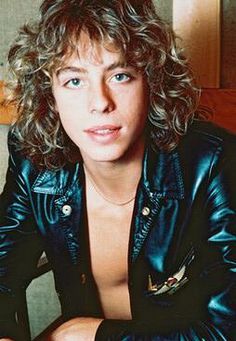 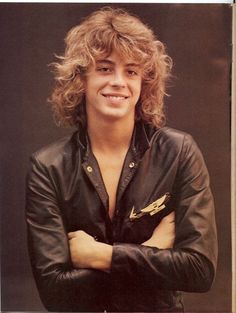 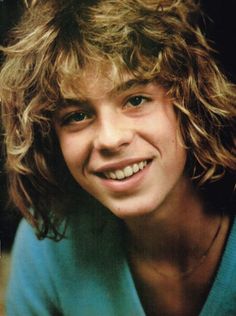 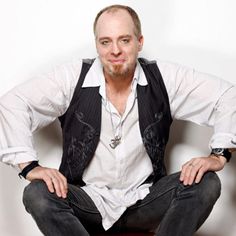 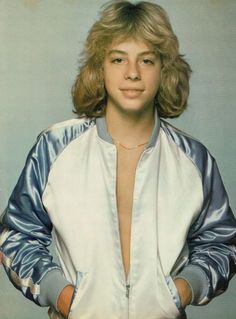 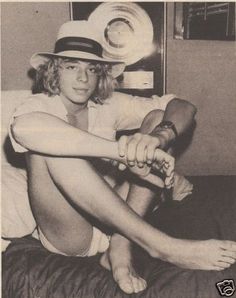 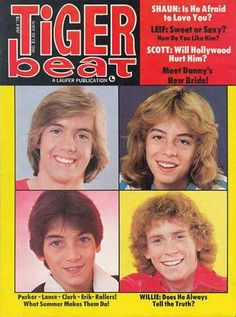 Garrett's more notable performances include the breakthrough role of Jimmy Henderson in Bob & Carol & Ted & Alice (1969); the protagonist’s son Mike Pusser from the Walking Tall movies (1973, 1975, 1977) and the recurring role of Zack Russell on the ABC TV series Family. He also played the role of Leonard Unger, the son of Felix Unger (Tony Randall), on the ABC series The Odd Couple, a part that had been previously played by Willie Aames.

In late 1975, Garrett appeared in the role of Endy Karras in a 12-week CBS drama series Three for the Road, with Alex Rocco as his father, Peter Karras, and Vincent Van Patten as his older brother, John Karras. The story line is that of a father and two sons, grief-stricken over the death of their wife and mother sell their house, buy a recreational vehicle, and roam throughout the United States. Garrett's appearance in the program triggered a response from teenage girls and led to his first appearances in teenage magazines, such as Tiger Beat. Garrett also played alongside Lee Van Cleef in two Spaghetti Westerns shot mainly in Israel: Kid Vengeance (it) and God's Gun. He also starred in the film Skateboard.

In late 1976, Garrett signed a recording contract with Atlantic Records, released a single called Come Back When You Grow Up, and recorded his first album early in 1977, Leif Garrett. The album was released in July 1977, and his first four singles charted modestly on the US Billboard Hot 100. All of these hits were covers of late 1950s and early 1960s hits such as "Runaround Sue" and "The Wanderer." In mid-1978 he signed with Scotti Brothers Records and recorded his second album, Feel the Need. Its first single, "I Was Made for Dancin'", reached number 10 on the US Hot 100 and number 4 on the UK chart early in 1979. It became his greatest hit in the US and the UK. Subsequent singles failed to crack the Top 20 in either country, but he continued to record, releasing the albums Same Goes For You (1979), Can't Explain (1980) and My Movie of You (1981) in quick succession. He mostly stopped recording music in the early 1980s and concentrated on acting for the rest of the decade. He later claimed the producers would not allow him to make music aimed at an adult audience when he reached his early twenties. In 1986 he provided lead vocals to the song "The Way to Happiness", and backing vocals to the title track of the L. Ron Hubbard album The Road to Freedom.

Garrett admitted that he started using drugs when he was 14. On November 3, 1979, five days before his 18th birthday, Garrett crashed a Porsche 914 that was being leased to his mother after a midnight party while he was driving to buy more cocaine. His blood alcohol level was three times over today's legal limit, and he was high on quaaludes. The accident left his Passenger and best friend, Roland Winkler, a paraplegic. Neither Garrett nor Winkler was wearing a seatbelt. Garrett was later tried as a Juvenile on drunk-driving charges; his driver's license was suspended for a year and he was placed on a year's probation. Winkler sued in January 1980, claiming Garrett was at fault in the accident.

In the early 1980s, Garrett returned to acting, appearing in a small role as Bob Sheldon in the 1983 Francis Ford Coppola film The Outsiders. In 1985 he starred in Thunder Alley as the lead singer of a pop band that is torn apart by drugs, and in Shaker Run as a mechanic. Other notable Leif Garrett movies from the decade include Delta Fever and the horror film Cheerleader Camp. He played a deranged murderer who was in love with his sister in Party Line.

In December 1984, Los Angeles Superior Court ordered Garrett's insurers, Transamerica Insurance Co., to pay $3.9 million to Winkler. Jurors assessed total damages in the civil negligence case at $4,215,500, but subtracted 8% of that amount, or $337,240, on the grounds that Winkler contributed to his own injuries by agreeing to ride in a car with a driver who he knew was drunk. Both Garrett and Winkler admitted in court that they were drunk and had taken depressant drugs; the court heard they had each taken equal amounts of alcohol and drugs that night. The panel ordered Garrett to pay $15,000 in punitive damages, which was not diminished by Winkler's partial responsibility. Winkler's attorney, Edward Steinbrecher, attributed the relatively small punitive damage award to Garrett's testimony that his net worth was only $50,000 to $100,000. In 1987 Winkler settled for $6 million with the Premier Insurance Co., which had insured the firm leasing the Porsche to Garrett's mother.

Garrett also dated celebrities such as his former Family co-star Kristy McNichol, Tatum O'Neal, and Justine Bateman. In the 1990s, Garrett was also in a long-term relationship with Actress Elaine Bilstad, who died in 1999 of a heart Problem.

Garrett was arrested for possession of cocaine in 1997.

On June 29, 1999, Los Angeles police arrested Garrett in the MacArthur Park area after he allegedly tried to buy heroin and cocaine from undercover officers. In March 2001, a Los Angeles judge issued a warrant for his arrest when he failed to attend court for a progress report required by his 1999 conviction. Two days later, the judge lifted the warrant and dropped the 1999 charges after Garrett submitted evidence that he had completed a rehab program.

Garrett's stage work includes playing the title role in Joseph and the Amazing Technicolor Dreamcoat and, in late 2000, appearing in the National Theatre of the Deaf's production of A Child's Christmas In Wales. He also appeared in summer stock at The Barn Theatre's production of Old Timer in 2001. In the same year, he voiced himself in the animated television series Family Guy episode "The Thin White Line".

In October 2001 Garrett was in a personal bankruptcy proceeding in a federal court in Los Angeles. Court papers stated his only regular income was a $1,000 monthly gift from his mother. His only listed possessions were his clothes, some household goods and about $350 in cash. Garrett ran up a $76,198 debt in unpaid credit card bills over a four-year period.

In 2003, Garrett appeared as himself in the David Spade film Dickie Roberts: Former Child Star. He also co-wrote and sang "Former Child Star" for the film's Soundtrack and was one of the Singers of "Child Stars on Your Television", which played over the ending credits. He appeared with Aaron Carter in the 2005 film Popstar.

He was arrested for possession of cocaine in 2004. He pleaded guilty in March 2005 to attempted possession of cocaine-based narcotics and was placed on probation. When he failed to appear in court in December 2005 for a status report, a warrant was issued for his arrest. On January 14, 2006, when Garrett was arrested on a Los Angeles Metro Rail platform for not having a ticket, police found heroin in his possession. Because of the outstanding warrant for violating probation in a cocaine-related arrest, he was held without bail. He agreed to join a strict drug-diversion program and his release from jail was ordered. He dropped out of the rehabilitation program and was taken into custody again on March 30 after a Superior Court commissioner determined he failed several drug tests while staying in a live-in drug diversion program. Garrett acknowledged he needed more help. On May 11, after failing to complete court-ordered drug rehabilitation, he was sentenced to 90 days in jail and three years' probation. He was given credit for the jail time he had already served since March 30.

In November 2007, Garrett released the album Three Sides of..., which constituted songs he recorded with his current band F8 and his 1990s band Godspeed as well as some new songs.

In 2008, the producers of TruTV's The Smoking Gun Presents: World's Dumbest... added Garrett to their cast, which features comedic commentary from celebrities like Garrett who have had brushes with the law. Garrett has frequently spoofed his troubled past and participates in a wide variety of sketches and skits written specially for him by the show's producers. In a 2010 episode, Garrett reenacted his recent arrest with two actors, including Todd Bridges, another show regular, portraying police officers.

On February 1, 2010, Garrett was arrested again for possession of narcotics. After denying having any drugs in his possession, he finally admitted to police that he had black tar heroin in his shoe. He posted $10,000 bail and was charged with a felony count of heroin possession. On October 18, 2010, Garrett pleaded no contest to heroin possession in Los Angeles and entered a court-ordered rehabilitation program.