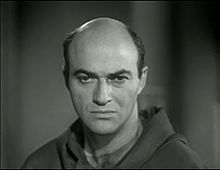 Dobkin began a prolific career in television in 1946, having worked as an actor, narrator and Director. In 1953, he guest-starred on Alan Hale, Jr.'s short-lived CBS espionage series set in the Cold War, Biff Baker, U.S.A.. He was cast in an episode of the early syndicated series The Silent Service, based on true stories of the submarine section of the United States Navy. He appeared also in the religion anthology series, Crossroads, based on experiences of American clergymen, and later on the ABC religion drama, Going My Way, starring Gene Kelly.

Dobkin's notable supporting film roles include Twelve O'Clock High (1949), The Day the Earth Stood Still (1951), Julius Caesar (1953), The Ten Commandments (1956), The Defiant Ones (1958), Johnny Yuma (1966) and Patton (1970). He had a cameo appearance in the 1954 sci-fi thriller Them. In an uncredited performance in Alfred Hitchcock's North by North West, Dobkin has a memorable line as an intelligence official who remarks on the plight of the hapless protagonist, on the run for murder after being mistaken for a person who doesn't exist: "It's so horribly sad. Why is it I feel like laughing?"

A former child actor, Dobkin began working in radio to pay for his studies at the Yale University School of Drama. He understudied on Broadway before serving with a radio propaganda unit of the United States Army Air Corps during World War II. When he returned to network radio he was one of five actors who played the detective Ellery Queen in The Adventures of Ellery Queen. In The New Adventures of Nero Wolfe (1950–1951), Dobkin played detective Archie Goodwin opposite Sydney Greenstreet's Nero Wolfe.

While playing Louie, The Saint's cab-driving sidekick on NBC Radio in 1951, he was asked to step into the lead role of Simon Templar to replace Tom Conway for a single episode — making Dobkin one of the few actors to portray Leslie Charteris' literary creation.

In 1957, Dobkin appeared in the third episode of the first season of the TV western “Have Gun, Will Travel”, entitled “The Great Mohave Chase”, as the owner of water rights in the small western town of Mohave .

In a May 1958 episode of the television series entitled, "Trackdown" he starred as a con man named Trump who promised he would save a town from destruction by building a wall.

In 1960, Dobkin appeared as Kurt Reynolds in "So Dim the Light" of the CBS anthology series, The DuPont Show with June Allyson and also as an escape Artist on the run from a possible murder charge in Wanted: Dead or Alive. He also appeared in the David Janssen crime drama series, Richard Diamond, Private Detective. Dobkin also starred in a heartfelt episode of The Rifleman portraying General Philip Sheridan from the American Civil War.

On June 24, 1962, Dobkin married Actress Joanna Barnes; they had no children, but he had one daughter, Debra Dobkin, by his first wife, Frances Hope Walker. Dobkin married Actress Anne Collings in 1970 and had three children: identical twin daughters, Kristy and Kaela, and a son named Laird. His identical-twin daughters followed him into the Business — Kristy Dobkin as a Writer, and Kaela Dobkin as an Actress.

From 1971 to 1993, Dobkin served as the narrator of The Hall of Presidents show, returning to re-record the presidential roll call each time a new U.S. President was elected.

Often also cast as a villain, Dobkin portrayed gangster Dutch Schultz on ABC's The Untouchables. He appeared on the ABC/Warner Brothers crime drama, The Roaring 20s and in the NBC western with a modern setting, Empire. He was cast as a mass murderer in the 1972 pilot for ABC's The Streets of San Francisco, starring Karl Malden. He guest-starred on ABC's The Big Valley, starring Barbara Stanwyck. He received an Emmy Award nomination for Outstanding Performance by an Actor in a Supporting Role in a Drama for his work in the CBS Playhouse program, "Do Not Go Gentle Into That Good Night" (1967). In 1991, Dobkin appeared in an episode of the television series Night Court as State Supreme Court Justice Welch.

From 1982 to 1986, the EPCOT Center attraction Spaceship Earth featured Dobkin as the narrator along with a very simple and quiet orchestral composition throughout the attraction. Disney Imagineer Marty Sklar did an interview saying that he didn't understand why everyone said the narrator was Vic Perrin.

Continuing to work as a voice actor throughout his career, Dobkin contributed to the video game Tom Clancy's Rainbow Six: Rogue Spear (1999).