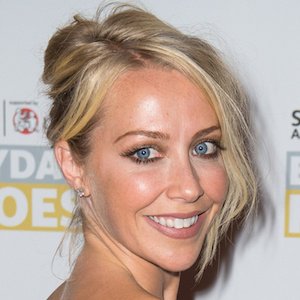 British television presenter who became known for her reality show experience on Dancing on Ice.

She avoided college to work as a runner and make tea for Dermot O'Leary.

She made her big breakthrough in children's television as a presenter for Nickelodeon and Disney shows.

She was considered as a presenter for Simon Cowell's show The Xtra Factor.