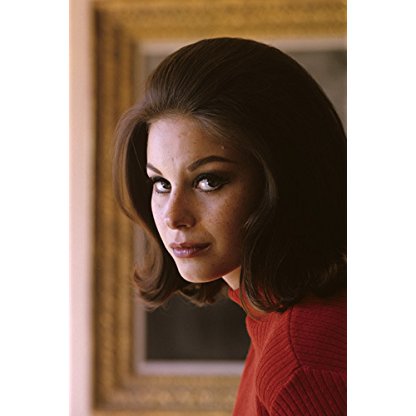 Lana Wood was born on March 01, 1946 in  Santa Monica, California, United States, is Actress, Producer, Miscellaneous Crew. Provocative and ever the temptress in her prime, the dark-maned, gorgeous Lana Wood was born Svetlana Gurdin in Santa Monica, California, the younger daughter of Nikolai Stephanovich Zakharenko and Maria Stepanovna Zudilova, émigrés of Ukrainian and Russian descent. Barely speaking comprehensible English, they subsequently changed the family name to Gurdin after becoming US citizens. Both her parents' families fled their Russian homeland following the Communist takeover and the couple met and married in San Francisco. Lana's more famous acting sister was christened Natalia eight years earlier and the third girl in the family was a half-sister named Olga, her mother's child.Young Natalia (renamed Natalie Wood, out of respect to director Sam Wood) became a child star in the late 1940s, with such classics as Miracle on 34th Street (1947), and younger sis Lana would inevitably be drawn into films as a result of Natalie's overwhelming success. She made her "debut" as a baby in Natalie's "B" film Driftwood (1947) only to have her cute bit cut from the picture. Her first screen credit actually came with the John Ford classic The Searchers (1956) as a younger version of Natalie's character, and she was off and running.In an effort to break away from her sister's looming shadow and find her own place in Hollywood, Lana set out to secure TV roles and did quite well on such popular programs as Playhouse 90 (1956), Have Gun - Will Travel (1957), Dr. Kildare (1961) and The Fugitive (1963), while continuing her minor appearances in such films as Marjorie Morningstar (1958) (again with Natalie), Five Finger Exercise (1962) and the The Girls on the Beach (1965). In 1965 she earned a contract at Twentieth Century-Fox and was cast in her first television series, The Long, Hot Summer (1965), playing the Southern belle role Lee Remick had played in the 1958 film (The Long, Hot Summer (1958)). Better yet was her 1966 breakthrough role as hash-slinging waitress "Sandy Webber" on the original prime-time soap opera smash Peyton Place (1964), which she played for two seasons. Unlike the glamorous and refined Natalie, Lana developed an earthier "bad girl" persona. Her character femmes bore typical hard-luck stories--tarnished girls from the wrong side of the tracks who were often more trouble than they were worth. Off-screen, she married Peyton Place (1964) co-star Steve Oliver, who played her abusive husband and jailbird "Lee Webber". The marriage lasted approximately one month.After Peyton Place (1964), Lana continued to exude sex appeal in such films as For Singles Only (1968) and Scream Free! (1969), a drug tale that reunited Natalie's West Side Story (1961) co-stars Richard Beymer and Russ Tamblyn. She kept her name alive on TV as well, making the guest rounds on The Wild Wild West (1965), Bonanza (1959), The Felony Squad (1966) and Laugh-In (1967).In April 1971 the bosomy Lana posed for Playboy in an attempt to gain added exposure. It worked. A major career boost presented itself in the form of producer Albert R. Broccoli (nicknamed "Cubby"), who caught the spread and offered her the role of Bondian femme fatale "Plenty O'Toole" in Diamonds Are Forever (1971) opposite Sean Connery. Following all this sexy publicity, Lana somehow nabbed an unexpected role in the Disney romp Justin Morgan Had a Horse (1972).Although she stayed fairly active throughout the next decade or so with such TV movies as Black Water Gold (1970), QB VII (1974) and Nightmare in Badham County (1976), and the films Grayeagle (1977) and Satan's Mistress (1982), her star began to diminish. Marriages during the 1970s included a union with actor/co-star Richard Smedley, whom she met on the set of A Place Called Today (1972). They produced her only child, daughter Evan, in 1974. She married producer Allan Balter after meeting him during the filming of Captain America (1979). In the mid-'80s she appeared for a time on the daytime soap opera Capitol (1982) but made a decided move away from the acting arena after this period.Following the tragic drowning death of sister Natalie in 1981, Lana penned the controversial tell-all book "Natalie, A Memoir by Her Sister". What was meant as a candid, caring and cathartic expose on Lana's part was denounced by both critics and family alike as self-serving and hurtful. Later years included behind-the-camera work as a producer, which included co-producing the ABC-TV special The Mystery of Natalie Wood (2004). She also had her own casting company at one point.A devoted animal lover, the still-stunning, five-times-married Lana occasionally appears at celebrity conventions and more recently returned to films and TV after nearly a two-decade absence.
Lana Wood is a member of Actress 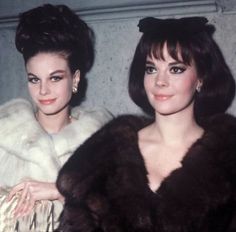 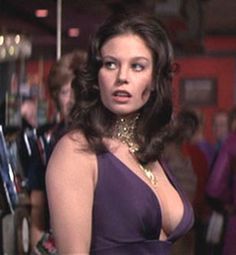 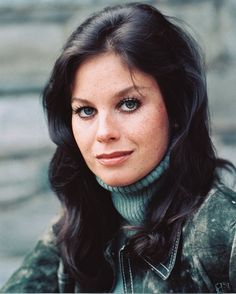 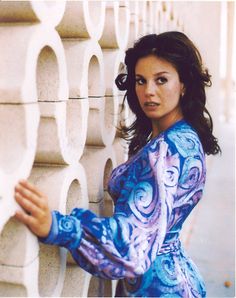 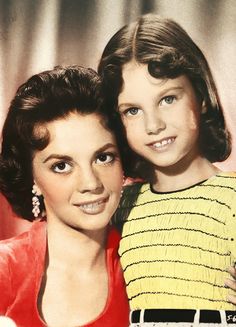 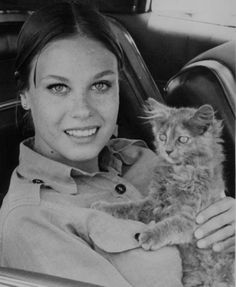 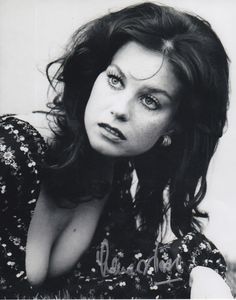 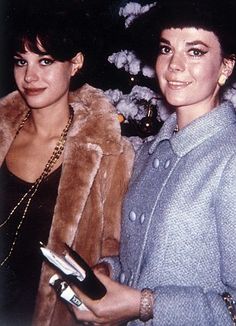 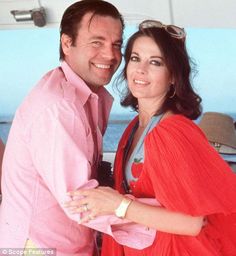 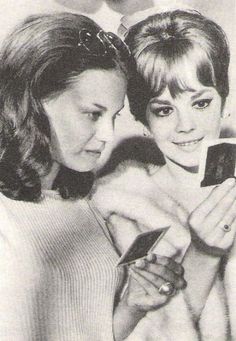 Wood was born Svetlana Gurdin to Ukrainian and Russian immigrant parents, Nikolai Stephanovich Zakharenko and Maria Stepanovna Zudilova. They had each left Russia as child refugees with their parents after the Russian Revolution, and they grew up far from their homeland. Her father's family settled in Vancouver, British Columbia. After her maternal grandfather died in street fighting in 1918, Lana's grandmother took Maria and her siblings as refugees out of the country, settling in a Russian community in Harbin, China. Maria married there, and in 1928 had a daughter Olga Tatulova with her first husband who died in May 2015.

When Lana made her film debut in The Searchers (1956), her mother was asked under what last name Lana should be credited. Maria agreed to use "Wood" for Lana, building on Natalie's recognized work.

In her early career, Wood usually played in films in which Natalie appeared. Starting in the 1960s, her own career took off. After appearing on the short-lived drama series The Long, Hot Summer, she landed the role of Sandy Webber on the soap series Peyton Place. She played the role from 1966–67. In 1970, Wood was approached by Hugh Hefner and asked to pose for Playboy to which she agreed. The Playboy pictures appeared in the April 1971 issue, along with Wood's poetry. She was cast as a Bond girl, Plenty O'Toole, in the James Bond film, Diamonds Are Forever (1971).

Wood has more than 20 other films and over 300 television series to her credit, including The Fugitive, Bonanza, Mission: Impossible, Police Story, Starsky & Hutch, Nero Wolfe, Fantasy Island and Capitol. After appearing in the horror film Satan's Mistress (1982), she retired from acting, concentrating on her career as a Producer, but she has since returned to acting in a number of low-budget films since 2008. Lana is a character in the Steve Alten book Meg: Hell's Aquarium (2009). Wood wrote a memoir, Natalie, A Memoir by Her Sister (1984).