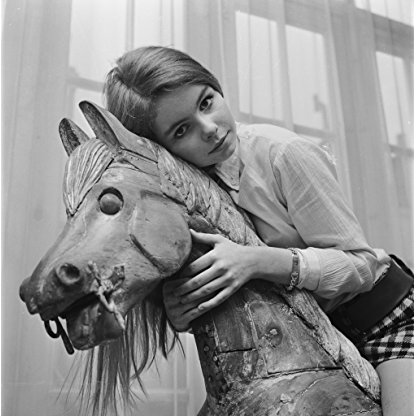 Lalla Ward was bornon June 28, 1951 in  London, England, United Kingdom, is Actress, Soundtrack. Lalla Ward born Sarah Ward, daughter of Lord Bangor - Edward Ward - and his writer wife, Marjorie Banks. She always wanted to act, paint and draw, and so joined the Central School of Speech and Drama in 1967. When she left in 1970, it was straight into a part in the Hammer film Vampire Circus (1972). Following this she worked extensively on stage, in films - including England Made Me (1973), Rosebud (1975) and The Prince and the Pauper (1977) (aka The Prince and the Pauper) - and on television - including appearances in Quiller: Thundersky (1975), Hazell: Hazell Meets the First Eleven (1978), Quiller: Thundersky (1975) and several episodes of The Duchess of Duke Street (1976). She also appeared in a film called Got It Made (1974), which was later reissued as "Sweet Virgin" with sex scenes added featuring other actors. This led to her winning a libel action against Club International magazine, which ran a selection of nude photographs from the film purporting to be of her. Her guest appearance in the Doctor Who story Doctor Who: The Armageddon Factor: Part One (1979) in 1979 led to her being chosen to play Romana when the original actress, Mary Tamm, left after one season. Ward quit Doctor Who in 1980, and in December of that year married Tom Baker. The marriage lasted 16 months. Ward continued to act, with roles in Schoolgirl Chums (1982) and Hamlet, Prince of Denmark (1980) for the BBC and "The Jeweller's Shop" and "The Rehearsal" on stage. She also developed her love of painting and wrote and illustrated several books. In 1992 she married eminent biologist Dr. Richard Dawkins, author of such books as "The Selfish Gene" and "The Blind Watchmaker", and gave up acting to concentrate on writing and on her family.
Lalla Ward is a member of Actress 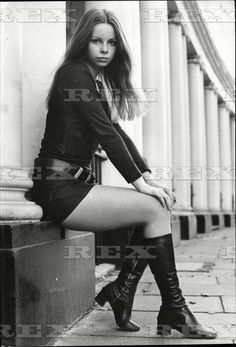 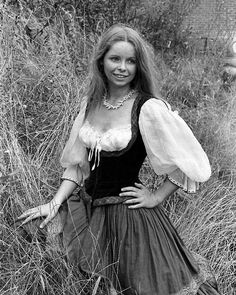 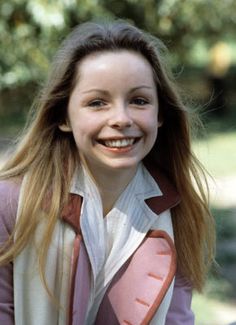 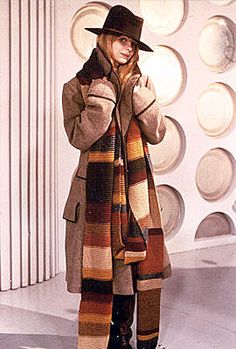 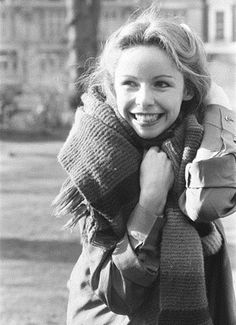 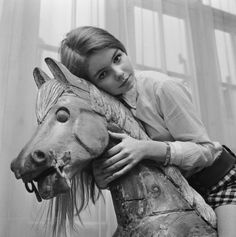 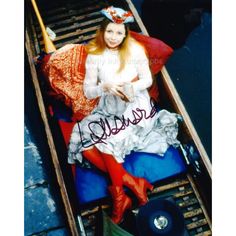 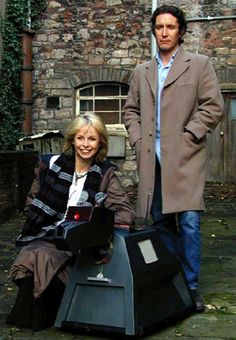 It was a 'see if you can do it' sort of thing, because it was the thing I hated most—just like somebody who's scared of heights might go rock climbing, or, I don't know, go potholing if they're claustrophobic.

Ward's stage name, "Lalla", comes from her attempts as a toddler to pronounce her own name. She left school at age 14 because she "loathed every single minute of it", and took her O-levels on her own. Ward studied at the Central School of Speech and Drama from 1968 to 1971. After spending a few years painting, she auditioned at London drama schools "as a sort of dare" to herself:

Ward began her acting career in the Hammer horror film Vampire Circus (1972), and played Lottie, the teenage daughter of Louisa Trotter (Gemma Jones) in The Duchess of Duke Street, the popular BBC drama series of the 1970s. She appeared in the films England Made Me (1973), Matushka (1973), Rosebud (1975), and Crossed Swords (or The Prince and the Pauper) (1977). In 1974 she acted in a film called Got It Made, which was later recut with sex scenes featuring other actresses and released in 1978 as Sweet Virgin. Club International magazine ran nude pictures from the film, claiming they were of her, and Ward successfully sued the magazine. Her television work included The Upper Crusts (1973) as the daughter of Margaret Leighton and Charles Gray, Van der Valk (1973), The Protectors (1973), Quiller (1975), Who Pays the Ferryman? (1977), The Professionals (1978) and Hazell (1979). In 1980, she played Ophelia to Derek Jacobi's Hamlet in the BBC television production.

She was the second Actress to play the Time Lady Romana (or "Romanadvoratrelundar" in full) in Doctor Who. After a guest appearance as Princess Astra in the Doctor Who story The Armageddon Factor in 1979, Ward was chosen to replace Mary Tamm, who had decided against continuing in the role. She appeared in all of Season 17's stories and then her character was written out in the third to last story of Season 18 in the story entitled Warriors' Gate.

Ward was in a relationship with her co-star Tom Baker whilst working on Doctor Who, and they lived together in a flat in Deptford. The couple married in December 1980, but the marriage lasted only 16 months. Ward attributed the separation to work commitments, different lifestyles, and conflicts of interest. Regarding her marriage to Baker, Ward is quoted as saying:

After Doctor Who, she appeared in the TV movie Schoolgirl Chums (1982), and The Jeweller's Shop and The Rehearsal on stage. Ward decided to end her acting career after marrying Richard Dawkins. However, she has since reprised the character of Romana in the 1993 charity special Dimensions in Time, the 2003 webcast version of Shada, and in several Doctor Who and Gallifrey audio plays produced by Big Finish Productions. She also played the 'Mistress' opposite John Leeson's 'K-9' in two audio plays from BBV. In addition, she has appeared at a number of Doctor Who conventions and related special events. In November 2013 she appeared in the one-off 50th anniversary comedy homage The Five(ish) Doctors Reboot.

Sarah Ward is the daughter of Edward Ward, 7th Viscount Bangor, and his fourth wife, Marjorie Alice Banks; as such, she is entitled to use the courtesy title "The Honourable". Her father was the BBC's war correspondent in Finland at the beginning of World War II, while her mother was a Writer and BBC Producer specialising in dramatised documentaries. Her mother committed suicide in July 1991.

In 1992, at his 40th birthday party, Adams introduced her to his friend Richard Dawkins (biologist and author of such books as The Selfish Gene, The Blind Watchmaker and, later, The God Delusion). Ward and Dawkins married later that year. In 2016, in a joint statement, the couple announced their amicable separation after 24 years of marriage.

Ward said in 2004 that her long friendship with Douglas Adams, with whom she worked on Doctor Who, meant more to her and was "more valuable and more enduring" than her marriage to Baker.

In 2009, at the suggestion of the Gerald Durrell Foundation, she prepared an exhibition of textiles and ceramics on the theme of Galapagos wildlife. The auction raised £24,000 for the Durrell Wildlife Conservation Trust's campaign for the Floreana mockingbird and other wildlife of Galapagos.

She has shown three exhibitions at the National Theatre, London. Her 2010 textiles exhibition, Stranded, was inspired by the evolution of animals on islands. In 2011, Migration featured works which combined textiles and ceramics, the subjects seeming to move across both media. The theme of Vanishing Act, 2013, was camouflage. As with previous shows, Ward made available detailed instructions explaining her techniques. She also used one glass case to recreate her workspace, including such sources of inspiration as music, quotes, and a photo of her dog.