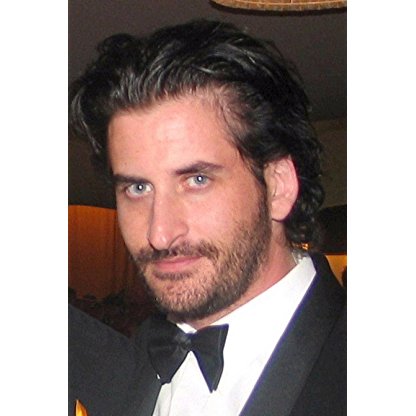 Lachy Hulme was born on April 01, 1971 in  Melbourne, Victoria, Australia, Australia, is Actor, Writer, Director. Striking, intense actor from Australia. A leading man with both strong dramatic range and ample comic timing, Lachy Hulme broke into movies by writing Canadian action/drama Men with Guns (1997), a bloody tale of friendship and revenge directed by Kari Skogland. Following numerous guest appearances on Australian television and many "fringe" theatre productions, he starred as "Carl" in the little-seen thriller Four Jacks (2001), a perfect role that combined his natural intensity with a dark, violent streak. He won the Best Actor Award at the 2001 Melbourne Underground Film Festival as a result. Known for being very private, he does interviews when promoting a movie, but he never discusses his relationships or family. After Four Jacks, he re-teamed with writer/director Matthew George for a change of pace, the light-hearted adventure Let's Get Skase (2001), starring as real-life sleazebag turned kidnapper "Peter Dellasandro". Based on a true story, the film was attacked by Australian critics for being in "bad taste" at the time of its release. Hulme fought valiantly for the film, often attacking its critics in television and radio interviews, and the controversy boosted his profile considerably.He soon landed roles opposite Steve Irwin in The Crocodile Hunter: Collision Course (2002) and in the video game _Enter the Matrix (2003)_.
Lachy Hulme is a member of Actor 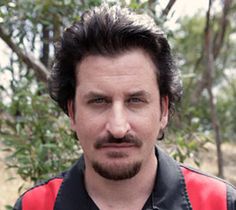 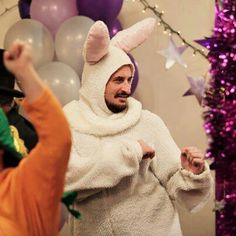 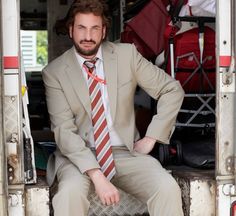 Hulme was born in Melbourne, Victoria where he has lived most of his life. Hulme completed his secondary-schooling at Melbourne's Wesley College, graduating with honours in drama, appearing in school theatrical productions such as South Pacific and Rover in 1988. His early career included appearances in theatre productions such as Rinaldo 441 and Sexual Perversity in Chicago and roles in Australian TV shows such as Blue Heelers, Stingers and White Collar Blue.

Hulme's first film role was starring in the Australian 1994 thriller The Intruder, directed by Richard Wolstencroft but the film was not released due to the sudden closure of the production company Boulevard Films (it was belatedly released on DVD in 2005). In 1997, Hulme wrote the screenplay for the Canadian action-thriller Men with Guns directed by Kari Skogland (not to be confused with the similarly titled US film directed by John Sayles that was released the same year).

The following year (2001), Hulme re-teamed with George when the latter directed the controversial film comedy Let's Get Skase which Hulme both co-wrote and starred in. The film's premise was inspired by the real-life comedy event staged by Andrew Denton back in the 1990s on his Ch-7 late-night show Denton in which he had staged a telethon called Chase for Skase to raise funds to hire a kidnapper to bring fugitive businessman Christopher Skase back to Australia from Spain where he had moved following the collapse of his Business empire in 1991. The film was a satirical comedy in which Hulme played the leader of a rag-tag gang of hired kidnappers who plan to break into Skase's Spanish mansion and smuggle him back to Australia to face his creditors. Un-expectedly, the real-life Skase died in Majorca in August 2001 whilst the film was in post-production, causing some criticism of the timing of the film's release shortly afterwards.

In 2003, Hulme scored roles in the sequels to the smash-hit science-fiction film The Matrix. He played the role of Sparks, one of the free-born crew-members of one of the hover-ships in the films The Matrix Reloaded and The Matrix Revolutions, both films shot in Sydney. He also reprised the role for the Enter the Matrix video-games.

In 2006-2007, on a number of occasions, Hulme appeared as a guest co-host on the Triple M radio comedy show Get This which starred Tony Martin and Ed Kavalee, a show that he was both a fan and vocal supporter of and on which he revealed his extensive knowledge of, and passion for, cinema.

Returning to the small-screen in 2008, Hulme starred in the Australian TV comedy series The Hollowmen, produced by Working Dog Productions and which aired on the ABC. The show was a comedy-satire, set in Parliament House, Canberra and featuring the fictional Central Policy Unit, a team designed to both formulate policy and, more importantly, ensure that any government decisions earn enough popularity to ensure re-election. The series garnered several awards and the debut episode drew in over a million viewers, an un-usually high figure for the ABC.

Hulme has continued to also work in theatre, appearing in the Sydney Theatre Company's 2009 production of the comedy-drama play Elling, based on an original Norwegian film and novel and directed for the stage by Pamela Rabe, a performance for which Hulme received good reviews.

He returned to the big screen in 2011, appearing as a rogue SAS soldier in the action-thriller The Killer Elite, directed by Gary McKendry. The film, an Australian-US co-production and partially filmed in Victoria, starred Robert De Niro, Jason Statham and Clive Owen.

In 2012, Hulme also appeared in the comedy film Scumbus, written and produced by, and starring, Ed Kavalee, the film airing on Channel 10 in November. Hulme has also appeared in Kavalee's next feature, the comedy-satire Border Protection Squad, which has been completed but is awaiting a distributor.

In 2013, Hulme starred in Channel 9's prequel to Howzat!, a mini-series called Power Games: The Packer-Murdoch War. Hulme played the role of another member of the Packer dynasty, Sir Frank. The mini-series aired in September and Hulme received good reviews, one critic praising his "forceful performance" although ratings were disappointing.

In March 2014, Hulme was cast in the Nine Network's eight-part 2015 drama series, Gallipoli and in which he played Lord Kitchener.

In 2017, Hulme was cast as Blake Farron, leader of white nationalist group Patriot Blue in the television series Romper Stomper, a follow-up to the 1992 film.