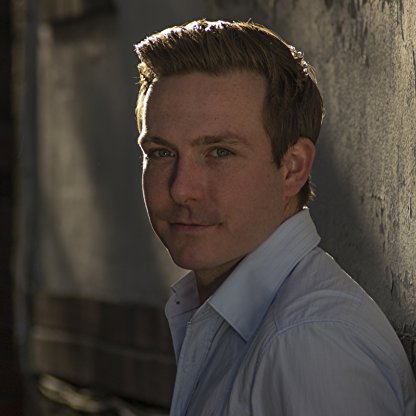 Lachlan Murdoch was born on 8 September 1971 in London, England. He is the eldest son of Australian-born American media mogul Rupert Murdoch, and his second wife, Scottish Journalist and author Anna Murdoch Mann. He was raised in New York City where his father owned the New York Post. He received his primary and secondary education at the Aspen Country Day School in Aspen, Colorado, Trinity School in New York City, and at Phillips Academy in Andover, Massachusetts. In 1994, he graduated with a bachelor's degree from Princeton University.

In 1989, Rupert Murdoch brought Lachlan Murdoch, then 18 years old, to Australia while on Business, to have Lachlan trained for three months at the Daily Mirror. At the age of 22, Murdoch was appointed general manager of Queensland Newspapers, the publisher of Brisbane's Courier-Mail. One year later, he became publisher of Australia's first national paper, The Australian. In 1995 he was appointed Deputy CEO of News Limited, Executive Director of News Corporation in 1996, Deputy Chief Operating Officer in 2000; he was made Senior Executive Vice President from 1999 to 2000, and has been Chairman of STAR since 1995.

Murdoch led an initial $10.75 million investment, of which only $2.25 million was in cash, in REA Group, and subsequently championed the retention of the investment over the objections of those who wished to sell it. The company later emerged as Australia's market leader in online real estate advertising, and in 2014 was assessed as worth more than $3.6 billion to News Corp. With a personal interest in Australian rugby league, on 30 March 1995 Murdoch was at the first Super League meeting in the Atanaskovic Hartnell offices in Sydney. He and former Brisbane Broncos chief John Ribot signed up leading Canterbury-Bankstown Bulldogs players on documents which were not legally effective. Murdoch was the Broncos' number one ticket holder. For the year 2001, Murdoch earned a salary of A$2.59 million. In June 2005, Murdoch received the Press & Outdoor Advertising "Media Person of The Year" award in Cannes. Murdoch is one of the founding patrons (along with Anthony Pratt, Peter Lowy and Lisa Fox) of an organisation called "Advance", formerly known as the Young Australian Professionals in America.

Murdoch married British-born Australian model/actress Sarah O'Hare in 1999. They have two sons, Kalan Alexander, born on 9 November 2004, and Aidan Patrick, born on 6 May 2006; and one daughter, Aerin Elisabeth, named for his sister and grandmother, born on 12 April 2010.

In July 2005, the 33-year-old Murdoch abruptly resigned as an executive at the News Corp. The unexplained departure apparently dashed News Corp. Chief executive Rupert Murdoch's hopes that his son would one day take over as CEO of the global media empire, which includes the Twentieth Century Fox movie studio, the Fox television network, several satellite broadcasters, and newspapers in Britain, Australia, and the United States. Roger Ailes, the chairman of Fox News Channel, was named chairman of News Corp's group of television stations to succeed Murdoch junior. Media speculated that his brother, James Murdoch, the chief executive of UK satellite TV company BSkyB may succeed Rupert Murdoch. During his time as an executive at News Corp, Murdoch was the Deputy Chief Operating Officer of News Corporation (now 21st Century Fox). He had oversight of HarperCollins and the company's lines of Business in Australia, including REA. He also served on the Board of Foxtel and as Chairman of Fox Television stations and was the publisher of the New York Post. He was appointed to the News Corp board in 1996.

On leaving News Corp with a two–year non–compete agreement, Murdoch founded an Australian private investment company, Illyria Pty Ltd., and developed an eclectic mix of Investments, with stakes in the Indian cricket team Rajasthan Royals, online DVD rental company Quickflix, toy marketer Funtastic and digital media company Destra. On 21 January 2008, Murdoch and James Packer announced that their companies, Illyria and Consolidated Press Holdings would seek to privatise the publicly-listed Consolidated Media Holdings. It was expected that the proposed A$3.3 billion deal would deliver Murdoch and Packer with private stakes in Foxtel, Fox Sports, and PBL Media, with the latter owning the Nine Network and ACP Magazines. Packer eventually decided to sell down his stake in media companies in a series of transactions between 2006 and 2008, and the deal with Murdoch collapsed.

In November 2009, Murdoch acquired 50% of Nova Entertainment via Illyria and he became Chairman. In September 2012 Illyria acquired the balance of shares it did not own.

In March 2014 Murdoch was appointed as non-executive co-chairman of News Corp. and 21st Century Fox Inc. in a move that was seen as succession planning for the media empire. Murdoch stood aside as Chairman and a Director of Ten Network Holdings. In June 2015 he was named as Executive Chairman of 21st Century Fox.

In 2010, Packer purchased an 18% stake in Network Ten, quickly offloading half to Murdoch. Both Packer and Murdoch joined the Ten board. In February 2011, Murdoch was appointed acting CEO of Ten Network Holdings after the company's board terminated the contract of CEO Grant Blackley. The following month Packer unexpectedly resigned from the board. In February 2012, the Ten board appointed Murdoch non-executive chairman of Ten Network Holdings. Although Ten was already in some financial difficulties before Murdoch became CEO, by late 2012, on paper Illyria had lost A$110 million of the original A$150 million invested since 2010. The share price had fallen by about 80% and network profits had dropped by over half. In an attempt to control costs, Ten had reduced employment numbers by 160 people, and the problems were mainly attributed to falling advertising revenues and restructuring at the network. Ten purchased, at three times its original cost, the Australian rights for MasterChef from the Australian subsidiary of the Shine Group, itself a subsidiary of the News Corp–owned 21st Century Fox. On 14 June 2017, Ten went into voluntary administration after Murdoch and fellow shareholder Bruce Gordon declined to extend the company’s credit facility. Two bids were received for Ten; one from Murdoch and Gordon and one from CBS Corporation - Ten's largest creditor. The CBS bid was preferred by both the administrators and creditors. CBS's successful bid meant Murdoch lost his entire investment in the network.