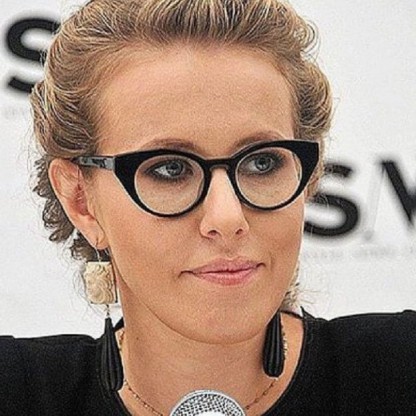 Ksenia Sobchak was born on November 05, 1981 in Leningrad, Russia, Russian, is Socialite. Ksenia Sobchak is a Russian TV anchor, journalist, socialite, and actress who recently announced her decision to run against Vladimir Putin in the 2018 Russian Presidential election. The daughter of renowned politicians, she was previously better known as Russia's No.1 'it girl', as well as 'Russia's Paris Hilton'. Since her late teenage days, she has been a regular face on media for posing for Russian glamour magazines, co-writing and appearing in many TV shows, and for dating a number of oligarchs. However, she went through a severe transformation following her 30th birthday and decided to revisit her political roots to do something significant for the country. Troubled by the fraud accusations after the 2011 parliament elections, she began rallying with the opposition supporters. While she was mostly known for her reality shows, she later started hosting political talk-shows as well. Citing the fact that her father was once Putin's mentor, she has been dubbed as a spoiler candidate by many political analysts, even though she is determined to further the opposition’s cause.
Ksenia Sobchak is a member of TV Anchors

"I'm a very big patriot. I really love my job, the city, my friends. And if tomorrow is war, then the place for emigration will have to be a Russian-speaking place. I have to work in Russian."

Sobchak's Father, Anatoly, had been both Vladimir Putin and Dmitry Medvedev's law professor at Leningrad State University. He built a close relationship with Putin, in particular, and in 1991 Anatoly helped launch Putin's career in politics when he was the mayor of Saint Petersburg. Putin then helped Anatoly flee Russia when he was wanted on corruption charges. According to the Moscow News, "Putin's reported affection for the Sobchak family is widely believed to give Ksenia Sobchak a protected status, which may also explain her boldness", such as her encounter in October 2011 with Vasily Yakemenko, the controversial leader of the pro-Kremlin Nashi youth movement, when she reprimanded him for eating at an expensive restaurant in Moscow and published a video of the encounter on the internet.

Sobchak had earlier posed for the cover of the British band Pulp's This is Hardcore album. Released in 1998, the album's artwork was produced by the Artist John Currin. Asked about the cover, Sobchak said “The shoot was fun. Jarvis is very nice, very shy.”

In 2004, Sobchak was identified as a candidate to become Russia's first national Space Tourist, flying to the International Space Station aboard a Soyuz rocket. Although she likely undertook some initial tests and cosmonaut training, the project was eventually shelved.

Sobchak is known as a clothes designer and promoter of rubber boots. In June 2006, she created her first collection of such boots.

In 2007, Sobchak recorded the song 'Dance with me (Потанцуй со мной)' with Russian Rapper Timati, as well as a music video (Music Video of 'Dance' with Ksenia Sobchak and Timati on YouTube). Russian media at the time attributed a relationship between Sobchak and Timati.

On 28 December 2008, Sobchak was on an Aeroflot FLIGHT from Moscow to New York City when she and other passengers determined that the pilot was drunk prior to take-off. Sobchak used her socialite status to call Aeroflot representatives and remove the pilot from the cockpit.

In 2009, Russia's Tatler magazine included her in a list of most desirable single women in the country. The list was based on women's fortune and Celebrity status. She is known across Russia as a socialite, TV host and presenter. Sobchak was Russia's No.1 'it girl', an analogue to Paris Hilton.

In 2010 Sobchak became a host of the TV program Freedom of thought on the state-run Channel 5. However, she soon left the program, since, according to her, it turned into a never-ending discussion of public utilities maintenance.

After the parliament elections held on 4 December 2011, which are known for the large number of alleged fraud reports, Sobchak joined the protest rallies held in Russia as a response to the alleged electoral frauds. She also took part in the campaign against Putin's re-election, working as an observer during the President elections held on 4 March 2012. She was one of the Russian protest participants targeted by the Investigative Committee of Russia on 12 June 2012, when her apartment in Moscow was entered and searched.

Today, Sobchak is critical of Putin's political policies. Although she says she had "happily" voted for Putin in the past when she was younger, she will not do so any longer. In the 2012 Russian presidential election, Sobchak says she voted for Mikhail Prokhorov.

In 2015, Sobchak said that if there was ever the possibility of political persecution against her, she had thought about emigration to London or getting an Israeli passport:

Ksenia Sobchak is of the opinion that, having annexed Crimea from Ukraine in 2014, Russia violated the 1994 Budapest Memorandum; she claimed on 24 October 2017 that "Under these agreements, we agreed that Crimea is Ukrainian, which is the most important for me". Sobchak stressed that she did not consider the issue with Crimea resolved. "I believe that these things need to be discussed, it is very important to discuss them....look for some ways out." She also added that "the most important thing that Russia and Ukraine should do now is to restore our friendship at any cost." Simultaneously she suggested to hold a new referendum on the status of Crimea after "a broad and equal campaign." In December 2017 Sobchak claimed that an unconditional withdrawal of Russia from Crimea would lead to a civil war in Russia.

On 15 March 2018, Sobchak and Dmitry Gudkov announced the creation of a new party, called the Party of Changes on the basis of the party Civic Initiative. 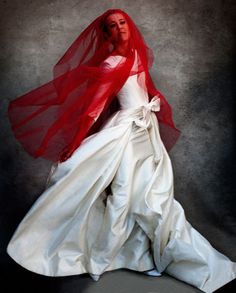