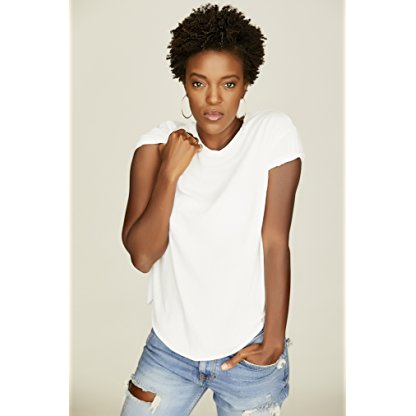 Krys Marshall was born on April 11, 1973, is Actress, Miscellaneous Crew. In just a few years into her professional career, Krys Marshall has wasted no time establishing herself as a promising young actress, gaining respect and accolades for her hard work on the stage and screen.In 2017, Krys can be seen co-starring in NBC's Emmy-winning drama miniseries "This Is Us", playing opposite Sterling K. Brown, as well the Netflix reboot of the popular 80's sitcom "One Day At A Time", starring Rita Moreno and Justina Machado.Originally from Atlanta, Krys has been steadily gaining momentum as an actor since she was 13 years old. She knew at an early age that she wanted to be a performer, and attended Pebblebrook High School's magnet program for the Performing Arts, with a concentration in Drama.After receiving classical training at The University of North Carolina School of the Arts with a BFA in theatre, she began working in New York City, performing in Regional Theaters which included the McCarter Theatre Center, in Princeton, New Jersey, and abroad, at the Edinburgh Fringe Festival in Scotland, where she won top honors for "The Laramie Project".Upon moving to the West Coast, her focus shifted from theatre to television. Her first role was in the CBS hit drama "Criminal Minds", where she played "Vicki", a prostitute and runaway who helps detectives find a missing girl. Additional television credits include: "NCIS", "How I Met Your Mother" and "All My Children", as well as FOX's "Dads" starring Seth Greene and "Touch", starring Kiefer Sutherland. Krys also has a love for sketch comedy, and has appeared on "Jimmy Kimmel Live", playing a variety of characters.In 2015, Krys starred in the Fox Digital mini-series "GONE: A Wayward Pines Story", based on Blake Crouch's Sci-Fi Trilogy, "Wayward Pines". The series chronicles the events of a Secret Service agent (Matt Dillon), who goes to Wayward Pines, Idaho, in search of two federal agents who have gone missing in the bucolic town, but he learns quickly that nothing is what it seems, and he may never get out of Wayward Pines alive...When not working, Krys loves to travel, and has visited over 40 countries, across 5 continents. She is an advocate for underprivileged children, and is a mentor with the Young Storytellers Foundation, whose mission is to "inspire young people to discover the power of their own voice." Krys currently resides in Los Angeles with her husband, and their two dogs, Duke and Murphy.
Krys Marshall is a member of Actress

Kristopher Marshall was born on 11 April 1973 in Malmesbury, Wiltshire. His father was a Royal Air Force navigator, whose career included a posting to the Queen's FLIGHT, eventually becoming a squadron leader. He moved with his family to Hong Kong and later to Canada. Upon his return to England, he was educated at Wells Cathedral School as a boarding pupil. After failing his initial A-levels in his first year of sixth form, he enrolled at the Redroofs Theatre School in Maidenhead, Berkshire.

Marshall made an early career appearance on the police series The Bill but it was in 2000 that his major breakthrough role came as Nick Harper in the BBC sitcom My Family. In 2003, he appeared in the film Love Actually as Colin Frissell, an Englishman who goes to Milwaukee, Wisconsin, in the United States to find love. In 2004, Marshall appeared as DS Luke Stone in the police drama series Murder City. From 2005 to 2011, Marshall appeared on TV and in print for BT Retail adverts, where he played the character Adam; with Esther Hall portraying his character's eventual wife Jane. He also played Dave in the BBC comedy series Citizen Khan in 2012.

Since departing his full-time role in My Family in 2003, Marshall has returned twice. The first time was for one episode in season five in 2004 and the second was for a Comic Relief special in 2005. In an interview, he claimed that playing the part of Nick was awkward, as he was a lot older than the character. He finished working on the film Heist at the end of 2006, which aired in April 2008 on BBC Four. During the summer of 2008, Marshall appeared at Trafalgar Studios in the first UK run of Neil LaBute's play Fat Pig. He became a regular playing the character Ethan on the series Traffic Light in 2011.

Marshall suffered head injuries after being hit by a car in Bristol in 2008. The accident happened in the early hours of 28 April as he enjoyed a night out with friends in Bristol city centre. He was taken to Bristol Royal Infirmary, where a scan revealed head injuries. He made a full recovery and began his performances in the play Fat Pig three weeks later as scheduled. Marshall supports Aston Villa FC and has said that a card from the club helped him through his accident.

In October 2011, Marshall was charged with failing to provide a breath test after police stopped his car in the Tesco car park in Wells. Marshall had failed a breath test at the scene, and then refused to provide a second sample at the police station. He pleaded guilty and was disqualified from driving for six months.

Marshall married Hannah Dodkins in 2012. They live in Bath with a son and daughter. Previously they had lived in the Long Barton area of Wells.

In April 2013, it was announced that Marshall would be joining the cast of BBC drama Death In Paradise as the island's new lead detective, DI Humphrey Goodman. His character was introduced in the first episode of the third series which aired on 14 January 2014, with his first case being to solve the murder of his predecessor, DI Richard Poole (played by Ben Miller). In January 2017 it was leaked that Marshall would be leaving the series citing the pressures it placed upon his family and that he would be replaced by Ardal O'Hanlon who plays DI Jack Mooney.

Marshall starred as Tom Sanger in the 2015 independent British romantic comedy Sparks & Embers. He also appeared in the film Death at a Funeral as a student of pharmaceuticals who inadvertently drugged a member of the family.