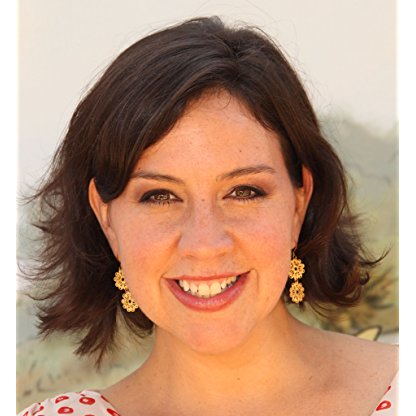 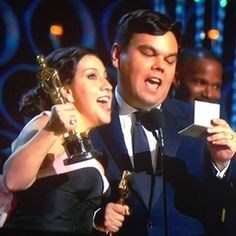 Kristen Anderson-Lopez (born March 21, 1972) is an American Songwriter. She is best known for co-writing the songs for the 2013 animated film Frozen with her husband Robert Lopez. Lopez won the Academy Award for Best Original Song for "Let It Go" from Frozen and "Remember Me" from Coco (2017) at the 86th Academy Awards and 90th Academy Awards. She also won two Grammy Awards at the 57th Annual Grammy Awards.

Anderson-Lopez was raised in Croton-on-Hudson, New York (a suburb of New York City), until 1986; the Myers Park neighborhood of Charlotte, North Carolina, from 1986 to 1990; and Waxhaw, North Carolina (a suburb of Charlotte), from 1990 onward (which was her home during her college years). Her parents, Erin and John, still live in Waxhaw. According to her father, Anderson-Lopez first fell in love with the theater at the age of four, when he took her to see a U.S. Bicentennial musical tribute staged in their then-hometown of Croton-on-Hudson. After her family moved to North Carolina, she attended and graduated from Charlotte Country Day School. She went on to Williams College in western Massachusetts, where she double-majored in drama and psychology and graduated in 1994. After a theater internship in Florida, Anderson-Lopez spent several years working temporary jobs while pursuing her dream of becoming a Broadway theatre performer in New York City. In 1999, she entered the BMI Lehman Engel Musical Theatre Workshop and found her true calling as a lyricist, and also met her Future husband Robert Lopez.

In October 2003, Anderson married Lopez, who would go on to become an EGOT-winning Songwriter, Composer and lyricist, including three Tony Awards for Avenue Q and The Book of Mormon. They have two daughters; Katie and Annie, who both had voice parts in Frozen.

In 2006, Anderson-Lopez and her husband wrote the songs for a Walt Disney World production of Finding Nemo – The Musical.

Anderson-Lopez is the co-creator of the musical In Transit, developed at the O’Neill Musical Theatre Conference. The musical ran Off-Broadway at the 59E59 Theatre, from September 21, 2010, to October 30, 2010. The production received the 2011 Drama Desk Award for Outstanding Ensemble, as well as a nomination for the 2011 Lucille Lortel Award, Outstanding Musical (among others) and the 2011 Outer Critics Circle Award for Outstanding New Off-Broadway Musical. It opened on Broadway at the Circle in the Square Theatre in November 2016, directed and choreographed by Kathleen Marshall.

Anderson-Lopez, along with her husband Robert Lopez and Henry Jackman, wrote and produced music for the 2011 Disney film Winnie the Pooh, for which they were nominated for an Annie Award for Best Music in a Feature Production. She also provided the voice of Kanga in the film.

She co-created the romantic stage musical Up Here, which debuted in 2015, with her husband and Alex Timbers.

Kristen Anderson-Lopez and Robert Lopez again collaborated in writing songs and lyrics for the 2017 Pixar film Coco, for which she won for an Annie Award for Music in a Feature Production. She also won an Academy Award for Best Original Song for the song "Remember Me" at the 90th Academy Awards.